Virginia Heffernan writes regularly about digital culture for The New York Times Magazine. In 2005, Heffernan (with co-writer Mike Albo) published the cult comic novel The Underminer. In 2002, she[…]
Go to Profile 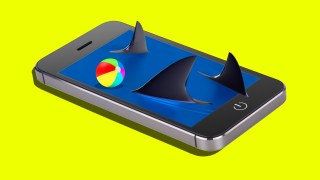 Don’t raise fools: How to prepare kids for life on social media

Should kids be on social media? If yes, what are some good rules to have?
▸
7 min
—
with
Virginia Heffernan

Should kids be on social media? The kneejerk reaction, for some parents, is to control what they do. But journalist Virginia Heffernan thinks that how children and teenagers use social media is how we all use social media — we’re just too proud to admit it. Those of us that use social media inevitably are painting an avatar of personality online, testing what works and what doesn’t, and through fine-tuning our own selves in the process. It is absolutely true that you can fall victim to narcissism if you follow the “like” economy to its fullest, but a healthy attitude towards social media can lead to some old-fashioned self-exploration that many older folks may have forgotten about. Because young people know… perhaps more than adults… that you have to try on a lot of metaphorical hats before you find the one that fits. Virginia Heffernan’s latest book is Magic and Loss: The Internet as Art.

Virginia Heffernan: Watching children in early adolescence and in adolescents is always internally heartbreaking for adults. There was a great article in The Times magazine about Christmas maybe 20 years ago that the power of the Christmas mystery is when you look at a child the same way in the story that the Virgin Mary looked at her new son the Christ child and thought simultaneously, “This child might save the world and he's going to die.” So this huge amount of hope we have for our children and this terror that they're going to die.

If my mother looked at me at 13, if she read my diaries about how eagerly I wanted to be popular it would sound very like someone courting likes on Instagram. I knew if my outfit didn't go over well and I knew the way that a 13-year-old might pull down a photograph of it on Instagram if it doesn't get enough likes not to wear that again. Or I decided not to wear that again because being liked was the most important thing in the world to me at that age and for a reason. You want to know how you're going to play in the world. You want to know how to be in the world, how to show up in the world and you're testing and learning what works for you. And by the way, it's heartbreaking. It's heartbreaking when people don't like you or invite you to a party. And similarly it's heartbreaking now when you don't get the response you crave online, or you get a response that's out of proportion to what you did. But taking the risk – let's just take the simple Instagram brings up fears of narcissism because we're in a heyday of self-portraiture, which we've been in before. There have been other times where people sat for portraits or painted themselves. Van Gogh's self-portrait is rarely regarded as a work of narcissism. But let's say that we have this popular form that is these self-portraits. Staging them; taking the photograph; taking many photographs; choosing the right photograph; cropping it; coloring it; and then distributing it immediately to this giant gallery space. And then, like every artist, trying to see who buys it, trying to see who's interested in it, trying to see if it sells and trying to see what kind of commentary they get on it.

A lot of people who post self-portraits, and this was true in the early days of YouTube with musicians, are actually looking in some cases for critical feedback. Remember the hot or not thing where photographs were posted and you could decide I like I don't like it? That, which also plays in the right and left swipe of Tinder, is something that we're courting like does this work? Does this work? I'm in beta right now. Do I talk loud enough? Do I talk too loud? That incredible self-consciousness of are my bangs a little too short? Are my eyes big enough? Or how can I inhabit this body that I'm in and fit the exigencies of social life, fit the exigencies of a party or a workspace or, by the way, opt out of it? There are plenty of kids who are dialing back and we see them in millennials a return to flip phones or to abstinence from computers from the Internet and I think that's a very interesting.
The last thing I'll say when you talk about teaching my own kids, I feel very strongly that we can't adopt a "true love waits" abstinence program about screens. The idea is not to teach your kids never go to parties; never live in social space; avoid other people. Like learning to live in digital space is not unlike learning to live in social space. And it's what kids want help doing. I remember my mother teaching me this incredibly subtle social lesson, which is when you're describing a party that you went to but another friend didn't get invited to, don't say the party was terrible. Don't say they missed nothing. Don't say it was awful. It's disingenuous. It's not fair to the host and it's condescending to the person you were talking to. Anything that you were left out of was awful. So I metabolized that lesson, I remember it was a sleepover and I was eight years old. Those are the kind of lessons you teach your kids online. Are you going to be the kind of person that posts a topless shot on Instagram? Well, that has certain requirements. That's going to have certain consequences. Let's go through what those consequences are.
Are you going to post in all caps? Are you going to use Twitter a lot? Are you going to use Pinterest a lot? If you use Pinterest what are you going to use it for? What is the buy button about? How much are you using this to tee up purchases? And what are you going to do with that debt? How are you going to afford those things? What are you going to do with the part of the Internet that shows your credit card debt say? These are experiences that ought to be embraced with confidence, ought to be embraced with confidence not as though the party, the people, the city streets, the whatever are simply terrifying and the only thing to do is lock your door against them. But to show up with – the women I know got advice from their mother: that's too much black eyeliner, that's too much hair dye.

I remember when I pierced my ear the second time my mother said that's a prelude to getting a tattoo. I didn't agree with her. I didn't agree with her. I decided that I would do it anyway and wear a second earring in that ear. And that was okay but there are certain things that you say to your kid. Like my son just chose his Gmail name and he decided to use his whole name like his first, middle and last name because it showed up no one else had it. And that is a lot of letters to type in, he's got a long name to type into Gmail all this time. And I asked him, "You may have a lifetime of signing into things with your Gmail address. Do you really want to be typing all those letters?" He said, "yes."

When he chose his avatar for Google he took a million pictures of himself. He's ten years old and he opted to have one of those executive pictures leaning way back for lots of like authority and alpha maleness. And I asked him, "You're ten years old don't you want to be like a little cuter and more childlike?" And he said, "Absolutely not. I'm going with the executive picture." And that was a good strategic decision for him I think, a good artistic decision for him. Empowering our kids to think like artists, to think like writers, to think like novelists. They are creating an avatar online. You don't want to be like you don't necessarily want to be some Pollyanna avatar who only posts great things about her life, or maybe you do. Or do you show up all the time vague looking and writing sad sap posts and talking really vulnerably like a memoirist. Maybe. But those are choices that have consequences. And at that level of detail, kids by the way, we all do it in our lives with Facebook. Anyway, that level of detail you teach kids.

Why the First Amendment is America in a nutshell