How much are you worth? Maybe the first thing to come to mind is what’s left over after you add up all of your assets and subtract all your debts, but most of us would balk at the idea that that’s our actual value. What about the value of your perspicacity, your intelligence, your sense of humor?

How do you put a price on how important you are to the people who love you in your life, or what potential contributions you may make to society over the course of your life? Depending on your scope, calculating the value of a human life can come up with some wildly different estimates. Here are some of the prices that we’ve put on ourselves. 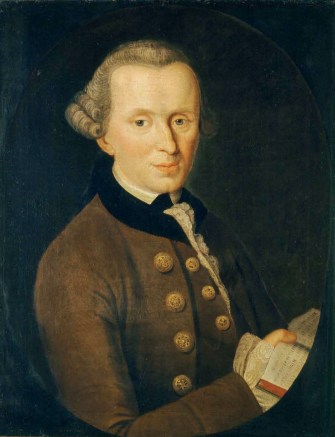 According to Immanuel Kant, you can’t put a price on human dignity. Imagge source: Wikimedia Commons

This is almost certainly the default and preferred position of most human beings — that their life, and by extension all others, is so valuable that putting a price tag on it is not a useful concept.

The German philosopher Immanuel Kant argued that “everything has either a price or a dignity. Whatever has a price can be replaced by something else as its equivalent; on the other hand, whatever is above all price, and therefore admits of no equivalent, has a dignity.” For Kant, humanity and human rationality had dignity. They are irreplaceable, and so cannot be valued in price.

Kant was best known for his moral philosophy, but philosophy often fails to persist when applied to the real world. Human dignity may not have a price, but various institutions have tried to price it anyways.

Government agencies use this method to make policy decisions, and they come up with varying figures. One of the highest, however, is the figure the EPA has come up with: coincidentally, also just about $10 million. Specifically, the EPA uses $7.4 million in 2006 dollars and then adjusts for inflation, which works out to be $9.4 million in 2019; figures can vary for a given project or program. 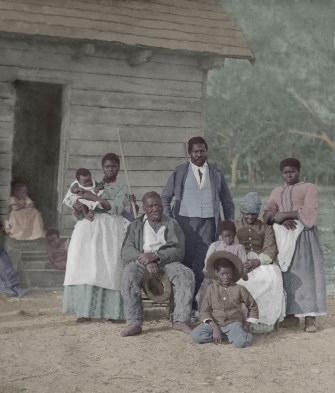 Photograph of an enslaved family taken in 1862.

This number represents the average price of a slave when the South seceded from the Union adjusted to today’s prices. At that time, a slave cost on average $800 (in 1860 dollars). However, the price could vary considerably: 25-year-old males were valued the most, but this could change depending on the slave’s height, health, skills, vices, history of escape attempts, and so on.

If we simply adjusted that $800 price for inflation, we’d get about $25,000, but adjusting for inflation on these timescales isn’t entirely accurate. Why? Because even economic historians use different measures and indexes depending on the context of the question. Consumer behavior was very different in the 1800, so the value of a dollar was commensurately different. That is, the value of a dollar may have inflated considerably, but the perceived value of a specific good or service even more so.

We know what $25,000 gets us today, but hardly any of those things were available or priced similarly in the 1800s. So, depending on the method used, the value of a slave in the 19th century can vary considerably — perhaps as high to what we modernly consider $150,000. One commonly cited figure, however, is that a slave cost $40,000 in today’s dollars.

Tragically, slavery has persisted, and the practice has become even more heartless. Today, the global average cost of a slave is just $90, according to Kevin Bales of the University of Nottingham and the Free the Slaves NGO. There are a few possible explanations for this dramatic drop in price. First, the supply of slaves is greater than it ever has been before. It’s far easier to acquire slaves than it was a couple of centuries ago. In addition, slaves in the early U.S. were treated as long-term investments; today, slave owners are more likely to abandon or kill injured or sick slaves rather than pay for medical treatment.

Let’s say you had an incredible machine that could instantly break up any molecules into their constituent elements, and, since you are an extremely morbid person with more curiosity than benevolence, you dump a human body into this device. Ninety-nine percent of the body is made up of oxygen, carbon, hydrogen, calcium, and phosphorus, so we’ll see what these elements are worth.

Of course, this is really just some back-of-the-napkin math. Prices vary depending on the market, and there’s a whole bunch of other elements in your body that could contribute, like gold and potassium, that are in small quantities but could still be very valuable. The point of this exercise is, however, that the body by itself isn’t worth very much.

An icy space rock flattened an ancient city and everyone in it, perhaps inspiring the Biblical story of Sodom

Shocked city dwellers who stared at it were blinded instantly, then the entire city caught fire.
The Past

Saudi Arabian stone camels are older than the Pyramids and Stonehenge

The stone camel sculptures, seven in total and originally uncovered back in 2018, far predate more famous monuments.
The Past

As Russia’s youth welcomed a new era of capitalism in the 1990s, their parents and grandparents clung to fleeting memories of Soviet life.
The Past

Fossilized footprints found at an excavation site in southwest New Mexico prove humans colonized the continent much earlier than previously thought.
Up Next
Hard Science

This exoplanet is 10 times hotter than any world we measured and shaped like a football.