The nationwide protests that were catalyzed by the police killing of George Floyd led to the possibility that President Trump would invoke the Insurrection Act. This piece of legislation would presumably justify the use of the military to quell the demonstrations that on numerous occasions turned violent. The legality and reality of that is still under debate, highlighting a very controversial power of an American President. While the U.S. military is banned from participating in law enforcement activities on its own soil, the Insurrection Act can provide the exceptions.

The Act was signed into law by Thomas Jefferson in 1807, and has a long history of being used to quell race and labor-related riots. The first time the act was modified was in 1861, when in anticipation of the calamity that would follow the Civil War, a section was added allowing the feds to use the National Guard and the army even against the wishes of state governments. The language specified the case of “rebellion against the authority of the government of the United States” as the cause that would justify sending in the troops.

The 1871 amendment to the act was actually meant to protect African-Americans from attacks by the Ku Klux Klan. The new wording stated then that the federal government can invoke the act for the enforcement of the Equal Protection Clause of the 14th Amendment to the U.S. Constitution. This came into play during the Reconstruction Era after the Civil War and in the course of the desegregation incidents that were part of the Civil Rights movement of the 1950s and 60s.

One important caveat to the use of the act – since 1967 it has only been invoked upon request from the states and not under exclusive authority of the President. The actual wording of the act states its purpose is to address “whenever there is an insurrection in any State against its government, the President may, upon the request of its legislature or of its governor if the legislature cannot be convened,” call upon military troops. A 1956 provision, however, says the President can use it without state governments in cases where “unlawful obstructions” or “rebellion against the authority of the United States, make it impracticable to enforce the laws”. In the current situation in the U.S., following the George Floyd murder at the hands of the police, the states have not asked Trump for such help. 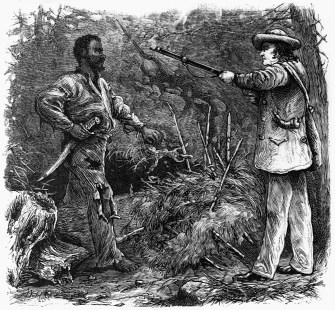 One of the early Presidents to invoke the act was Andrew Jackson. He used it to put down the slave rebellion by Nat Turner in 1831 and to settle a labor dispute by workers of the Chesapeake and Ohio Canal in 1834.

Ulysses S. Grant relied upon the Insurrection Act several times, for the suppression of the Ku Klux Klan in South Carolina in 1871 and to put down the unrest that started after the contested 1872 Louisiana gubernatorial election.

Rutherford B. Hayes used the Insurrection Act for the troops needed to deal with the Lincoln County War of 1878, the one that famously involved Billy the Kid.

The tensions brought on by the railroad worker Pullman Strike of 1894 and the 1914 mine worker uprising dubbed the “Colorado Coalfield War” forced, respectively, Grover Cleveland and Woodrow Wilson, to rely on the act to bring back order. 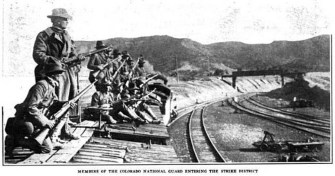 In more modern times, the Insurrection Act’s re-appearance is tied exclusively to breakdowns in race relations. It was employed by Franklin D. Roosevelt in the 1943 Detroit race riot and by Dwight D. Eisenhower to protect the Little Rock Nine – a group of nine African American students enrolled in Little Rock Central High School in 1957. John F. Kennedy used the act a couple of times, both times to fight segregation. He called upon it during the Ole Miss Riot of 1962 and to enforce desegregation in Alabama’s public schools in 1963.

Lyndon B. Johnson was most prolific in engaging the Insurrection Act, resorting to it four times – during the bloody 1967 Detroit riot as well as the 1968 riots in Washington, D.C., Chicago and Baltimore that were precipitated by the assassination of Rev. Martin Luther King.

In recent times, President George H. W. Bush was the last one to invoke the act, calling up troops to restore calm in the 1992 Los Angeles riots, prompted by the beating of Rodney King. 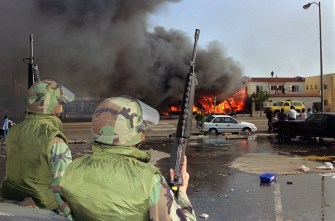 Tags
governmenthistorypoliticsraceRacial violenceRacismunited states
In this article
governmenthistorypoliticsraceRacial violenceRacismunited states
Related
High Culture
Did Paul Cézanne hide an early self-portrait underneath a 160-year-old still life?
To answer that question, we may have to figure out when the famed painter started to go bald.
Strange Maps
Dutch government releases a genuine treasure map from WWII, sparking a hunt for the loot
X marks the spot. The Dutch town of Ommeren has been swamped by detectorists armed with shovels looking for $20-million treasure.
The Past
How the death of alchemy gave birth to modern science
Far from practicing witchcraft, the experimentation of medieval alchemists helped bring about the Scientific Revolution.
Health
New blood types are often discovered following medical disasters
New blood types are regularly discovered by an unusual absence or an unusual presence — both of which can result in tragedy.
Hard Science
200 years of exploring Antarctica
What we’ve learning from the world’s coldest, most forbidding, and most peaceful continent.
Up Next
Life
Experts are already predicting an ‘active’ 2020 hurricane season
It looks like a busy hurricane season ahead. Probably.