When most people are stopped at an airport, they’re unlikely to chat about the news of the day. Perhaps Apple co-founder Steve Wozniak was early for his flight. He recently took a few moments out to talk with a TMZ reporter while walking through D.C.’s Reagan National Airport to tell them to beware of listening cell phones, as well as to delete their Facebook account.

“There are many different kinds of people, and some the benefits of Facebook are worth the loss of privacy. But to many like myself, my recommendation is — to most people — you should figure out a way to get off Facebook.”

The initial context of the conversation was privacy. This is an issue that affects us all, being that your information is for sale for as little as $10, and the sellers are unconcerned about the identity of the purchasers. Wozniak mentioned the news that Alexa (along with Google Assistant) is not only recording your conversations, but that employees are listening in. Corporate claims that tuning in to private user dialogues helps improve technical capabilities. We should be very wary of such claims.

Then again, spying via audio almost seems quaint compared to the patent Amazon filed that would allow their fleet of home-delivery drones to record video of your private property and feed it into your personal algorithm. Does that tree appear to be dying? Suddenly, your feed is filled with fertilizer options. What Would Wozniak Do about that?

The reporter never got that deep into the rabbit hole, though Wozniak sums up his privacy concerns:

“I worry because you’re having conversations that you think are private, you’re saying words that shouldn’t be listened to because you don’t expect it, but there’s almost no way to stop it. People think they have a level of privacy they don’t.”

A 2014 Pew poll paints a different landscape: 91 percent of Americans either “agree” or “strongly agree” that we’ve lost control over our personal information to social media companies. Eighty percent of users worry how governments and businesses will use those data.

A 2017 Pew poll complemented that poll perfectly: only 9 percent of Americans feel “very confident” that said companies protect their data. That’s the same percentage of people that believe they have “a lot of control” over their information. Chalk up 9 percent to the clueless.

Yet we stay logged in. While a 2018 Pew poll on social media discovered that 59 percent of Americans claim it would “not be difficult” to abandon these platforms, many do not. In 2017, the same agency found that even as public trust in social media companies lessens, more people are plugging into this “new normal.” We know it’s happening; we just refuse to give up our apps. The question remains: Do the benefits outweigh the costs? 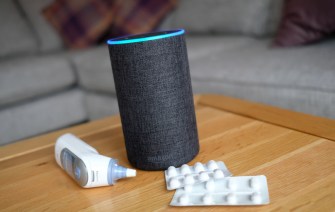 Recent news revealed that Amazon employees are listening in to private conversations via Alexa.

Wozniak floats the notion of paying for privacy, though as a 2019 study, published in Nature Human Behavior, states, we might well be beyond that point already. The early promise of the internet of an “interconnected world” has truly arrived, for better and mostly worse. The research team behind the study analyzed over 30 million posts by nearly 14,000 Twitter users.

“With this data, they showed that information within the Twitter messages from 8 or 9 of a person’s contacts make it possible to predict that person’s later tweets as accurately as if they were looking directly at that person’s own Twitter feed.”

Blockchain solutions are touting better privacy controls on data, but we have not reached that point — nor are we sure these companies will be as benevolent as claimed once their tech scales, a persistent problem with these platforms. Hopes of a truly decentralized infrastructure are turning out to be more philosophical than realistic, though that doesn’t mean advances in privacy protection won’t arrive. It will likely just not be a romantic as promised.

Even if we’re connected to others online, there are levels of control we can initiate. The simplest would be deleting Facebook (or another other platform you’re concerned about). It seems to be working out for the Apple co-founder. Where this conversation leads, however, is anyone’s guess.

Both journalists have put themselves in danger to shed light on corruption and abuses of power in their home countries.
Up Next
Life

A new spray may help treat the deadly white-nose syndrome

Bats are being subjected to a deadly plague that may be threatening their existence. However, a new bacterial spray may help fight the fungus responsible.