For those of us who don’t have enough money to pave our own roads, pay for security — aka police departments — or develop recreational spaces such as parks, there’s really no avoiding taxes. Taxation, after all, allows each of us to contribute just a portion of the cost for the things we, as a society, need. Theoretically, taxes essentially make us one big buying club, with the cost-saving benefits such groups typically enjoy.

Still, there are many people who hate taxes, in particular those wealthy enough to simply buy whatever it is they need. Often branding themselves as Libertarians, they manifest resentment and even outrage at being expected to contribute their money to pay for things they feel other people need. Politically speaking, their representatives have been incredibly successful at spreading this sense of outrage to the polar-opposite end of the economic spectrum, the very people most in need of the things taxes buy.

As a result, there’s constant pressure brought by anti-tax groups on state governments to spend less and less on schools and “public goods” such as roads, police, parks and hospitals so that taxes are kept as absolutely low as possible. However, researchers of a new study — it was published in the journal Social Science Research in November of 2018 — found that the happiest Americans are those who live in states that spend the most on public goods. 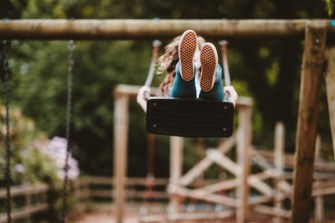 The study analyzed responses from the NORC’s General Social Survey, conducted from 1976 to 2006, in which participants self-reported their level of happiness. These results were collated with data on state-government spending during the same period from the U.S. Census Bureau.

He explains how this happens using examples: “If roads are completed and kept up so that people aren’t stuck in traffic, they have more time to do things they enjoy doing. Large parks are social spaces — and one clear finding of happiness studies is that people who are more socially connected tend to be happier.”

The study found that the benefits are felt by everyone regardless of education, gender, and race/ethnicity.

“We can look at the city where people live,” says Flavin, “their neighborhoods, and see how public goods spending predicts happiness after taking other important factors, such as marital status, health, education and income, into account.” 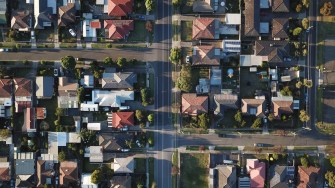 “But my property taxes!”

State and local taxes come from a combination of property and sales taxes, with property taxes producing the lion’s share of income. It’s typically property taxes that most concerns anti-taxers, and many would consider the idea of states spending more to be obviously terrible. But the study found a fascinating trade-off when areas impose higher real estate taxes. In addition to the benefits noted above, the value of homes in such areas rises. So, notes Flavin:

“While higher property taxes generally accompany higher home values, it seems that the good outweighs the unfortunate part about having to pay higher taxes.” 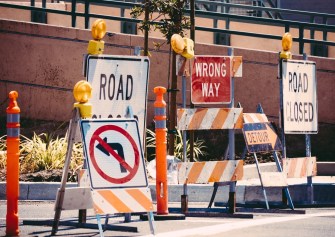 Not quite as controversial as federal taxation

Communities that spend more on public goods often find that taxes are less controversial among their citizens than those levied nationally. Flavin theorizes that this is because the things paid for locally tend to be more tangible and visible than things on which the federal government spends. He suggests another factor that may lead to broader agreement on spending: “I think there is less political conflict over public goods spending simply because if the government doesn’t provide them, they won’t be provided at all”

Flavin does note that the conclusion his research draws merits a caveat thanks to the potential for a certain circular effect: “It could be that happier citizens self-select by moving to states that spend comparatively more on public goods.” And, “It also is possible that happier citizens support higher spending on public goods and elect state officials to deliver on that policy.”

Research has shown the benefits of mindfulness, but the current mindfulness craze cannot deliver on its overhyped promises.
The Present

Searching for happiness in the midst of personal or societal crises are nothing new.
Up Next
The Present

When a country’s educated or entrepreneurial citizens leave all at once, the phenomenon is called “human capital flight” or “brain drain”.