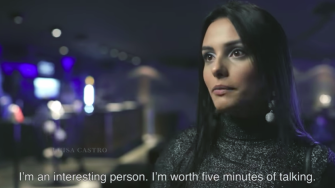 Women around the world have long reported that men, strangers included, touch them all the time without permission, much less an invitation. Even when asked not to. It’s a particularly invasive form of objectification. Isn’t everyone supposed to be entitled to personal space? Schweppes contracted their advertising agency, Ogilvy, to conduct some research to see if this is really such a common occurrence. The short answer is yes, and to a degree that, while stunning to men, certainly comes as no surprise to women: Three women took turns attending a party in Brazil and were touched 157 times in just 3 hours and 57 minutes!

Schweppes – The Dress for Respect

How the data was collected

The data was gathered via a dress Ogilvy designed for the project, called “The Dress for Respect.” Hidden all over the apparel were touch and pressure sensors, as well as the means to transmit data via WiFi to researchers in a house next door — they were able to witness all the unwanted invasions in real time.

Ogilvy Brazil posted this video of the experiment in which touch and squeeze data appear as a heat map. It’s laid over video of the women and the men with whom they came into contact, men who were often ignoring requests to keep their hands to themselves. 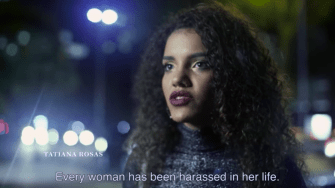 After capturing all of this groping, Ogilvy presented the results to a group of men, who expressed amazement at all of the groping going on, even laughing at times at some of the ridiculously crass maneuvers.

The purpose of The Dress for Respect project was to raise awareness of just how pervasive unwanted touching of women is, and it seems to be working, receiving coverage in publications around the world. As Adweek put it, “It illustrates something important about why #METOO exploded with such force.”

Nikolaas Tinbergen’s concept of “supernormal stimulus” explains why humans are attracted to a heightened version of reality.
Technology & Innovation

In the name of fighting horrific crimes, Apple threatens to open Pandora’s box.
The Past

The symbol for love is the heart, but the brain may be more accurate.
▸
14 min
—
with
Big Think
Up Next
The Present

Universal health care is great — except in Russia. Here’s why.

What can America learn from this?