For the past few decades, Africa has been changing. Despite a history of setbacks ranging from colonialism, corruption, and civil wars, countries in the continent have begun to see growing infrastructure and investment from foreign companies and a slew of new, local startups.

In particular, Africa’s tech scene seems to be especially thriving. According to venture capital firm Partech Africa, African tech startups raised $1.163 billion in equity funding in 2018, a 108 percent year-over-year growth. These startups are clustering in the nearly 450 active tech hubs that dot the continent. Now, Rwanda is angling to stand out from the pack.

In the past decade, Rwanda has developed impressively quickly, averaging 7.5% GDP growth, which is among the highest on the continent. This is in part due to tech ventures like the Mara Group’s recently released Mara Phone, which has taken the title of the first African-made smartphone. Other smartphones have been made in Africa before, but Mara phones are the first to manufacture all of its components in Africa.

Mara is manufacturing two phones in the country: the Mara X, which boasts 16 GB at a $130 price tag, and the Mara Z, with 32 GB and a $190. The Mara Group’s CEO, Ashish Thakkar told CNN that tech and smartphones in particular were key to supporting African societies.

“We realized a few years ago that to create positive social impact on our continent. … We need to have high quality and affordable smartphones,” said Thakkar. “This will enable financial inclusion.” In building the phones, Thakkar hopes to give Africans a third option beyond choosing between smartphones that are “high quality but not affordable, or affordable but not high quality.” 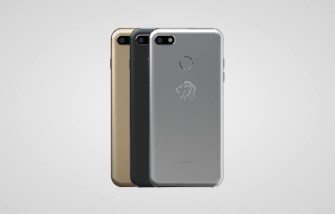 Kigali, the capital of Rwanda, is already turning into a regional tech hub for East Africa, hosting events like the Africa Tech Summit and the GSMA Mobile 360 Africa. Though other East African countries like Kenya boast a larger concentration of tech companies, Rwanda stands out for its rapid growth in the tech scene and for how easy the country makes it to do business there.

The World Bank has listed Rwanda at 29th in its 2019 “Doing Business” report, in part because of the government’s promotion of information and communication technology. For instance, the country offers an entrepreneur visa, free spaces to work from, steady rule of law, and a quick registration process for businesses, features which have led some to call it the “test kitchen of Africa.”

Turning Rwanda into a high-tech hub, however, depends quite a bit on having the appropriate infrastructure and resources. Five years ago, Rwanda had little 4G coverage, but today, that number has reached over 95 percent. Thanks to that infrastructure, start-ups have been able to introduce a variety of projects, such as implementing a cashless tap-and-go system for the Kigali bus system and offering wi-fi on public transportation.

The resources necessary for a successful tech business are starting to accumulate in Rwanda, as well. The pan-African company Andela, which identifies and trains software engineers, has opened an office in Kigali. Last year, they signed an agreement with the Rwandan government to recruit and offer six months of paid training in software development to up to 500 Rwandans.

Rwanda has also partnered with China’s Alibaba to establish Africa’s first electronic world trade platform, which provides Rwandan enterprises with cloud computing and mobile payment services to enable local companies to sell their products and services outside of Rwanda. This last example also highlights China’s investment in African countries in general, and its timing — at the height of the U.S.-China trade war — demonstrates how China is looking to expand its trading partners.

Similar changes are taking place all over Africa. While Chinese investors are trying to turn the continent into the next “factory of the world,” it may be the case that in the coming decades, Africa and Rwanda will have fewer factories than they will high-tech hotspots.

A black swan event is rare but disruptive — and might be predictable.
Up Next
Neuropsych

The ‘kids these days’ effect: Why adults have criticized kids for millennia

When it comes to remembering the kids of your generation, don’t always trust your memory.