According to a pair of economic researchers in the United Kingdom, the United States green economy now employs 10 times more people than the fossil fuel industry.

And that isn’t to say that the fossil fuel industry hasn’t been growing. In fact, from 2015 to 2016, the fossil fuels industry, which includes coal, oil, and natural gas, employed approximately 900,000 people in the U.S. according to government figures. But the two British researchers — they are based at University College London — found that over the same period this was eclipsed by the green economy, which actually provided nearly 9.5 million jobs.

That’s 4 percent of the population of working age individuals. 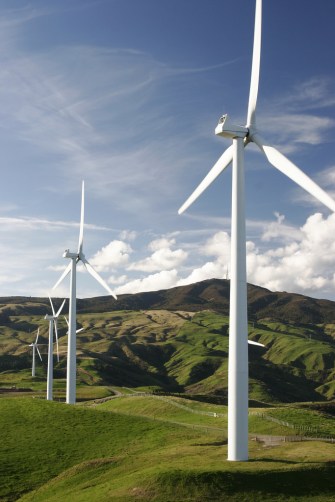 The Rise of the ‘Green Economy’

Because the green economy is so dispersed, figures detailing green job statistics have probably underestimated how many jobs that sector was creating.

In this study, the researchers calculations accounted for 26 sub-sectors. These included marine pollution regulators, carbon capture, biodiversity, wind and solar power, and air pollution. The analysis showed that the green economy is worth a total of $1.3 trillion, contributing to a substantial chunk — 7 percent — of the U.S. GDP.

As nation’s find themselves under increasing pressure to rapidly shift away from fossil fuels to renewable energy in order to avoid 1.5°C global warming and meet the emissions standards set forth in the Paris Agreement, it’s looking like the green economy is destined to keep rising at an exponential rate over the next decade. As the world heats up, so does the market demand for green energy and technology.

Already, renewable energy accounts for 15 percent of our total electricity generation according to the United States Energy Information Administration. Investments in renewable energy are proliferating, and even places once known as petroleum meccas are being yanked into the tides of change. For instance, Texas now attributes a portion of its energy production to renewable resources. Some researchers are even predicting that the world will be ready to go 100 percent renewable by the year 2050.

Some say that we have the technology to do it right now. For example, a new study published in September made an extraordinary finding: Maximizing onshore wind energy potential in Europe could power the entire continent via wind farms up to 100 times over. That’s enough to power the whole world until 2050.

All around the world transitions to green energy are being made. Kenya, on a mission to go totally emission-free by 2020, recently began one of Africa’s largest wind power farms. Over in the Middle East, the United Arab Emirates just launched one of the world’s largest solar farms while Saudi Arabia is said to be working on a solar farm.

Meanwhile, the fossil fuel empire has faltered. Once the safest bet on the market, the industry is now an increasingly floundering enterprise. According to the Guardian in 2018, researchers at the Institute for Energy Economics and Financial Analysis claimed that the industry was the weakest it’s been in decades.

Green growth: the transition to a sustainable economy

Of course, if you’re someone who believes the bulk of scientific evidence telling us that fossil fuels contribute to rising CO2 emissions that threaten human life on earth, investing in the green economy goes beyond numbers and dollar signs. It means investing in public health, national security and the existence of the next generation. But according to the researchers at University College London who conducted this latest study, the investment in the green economy is a good economic choice as well.

“If you want to be a hard-nosed neoliberal economist you would say, ‘Let’s support the green economy as much as possible,” Mark Maslin, one of the researchers, told New Scientist. He also noted that the Trump Administration’s plan to promote fossil fuels was “stupid when it comes to economics.”

Rather than seize this golden economic opportunity, the Trump administration has promised to protect coal and mining jobs while eviscerating funds from green energy. Considering the math, this is an economically misguided move.

According to the researchers, this research demonstrates how other countries could tap into a huge source of potential to develop their own green economies. Their findings suggest that the U.S. is at risk of losing its competitive edge in the global economy if it doesn’t work to better develop energy, environmental and educational policies to support its green economy.

In other words, despite what the president has harped at, the “America First Energy Policy” is looking to be a bad deal for the United States.

From textiles and transportation to chemicals and microchips, a group of researchers proposes a new way to measure the impact of innovation.
The Future

A report from MIT outlines a six-point plan to usher in a new age of nuclear power.
Up Next
The Present

“Sea of Shadows” is a documentary you can’t afford to miss.