It would be no surprise to anyone to say that if we hadn’t deforested so much of the Earth, we wouldn’t be in so much trouble with climate change now. Exchanging all those trees for hamburgers and industrialization was one of our potentially fatal mistakes. A new study, however, looks at the idea of reforestation from an unusually strategic, data-driven point of view.

In the study — it was published on July 5 in Science — the researchers calculate that if we plant just the right trees in just the right places, new forests could take 205 gigatons of CO2 out of the atmosphere over the next 40–100 years. This would, of course, require a massive planting campaign, growing trees in .09 billion hectares of land the researchers have identified as available for the purpose. (That’s roughly the size of the U.S.) While some wonder how realistic this plan is, it’s clearly worth considering, especially since, as the study points out, we’re currently on track to lose yet another 223 million hectares by 2050.

Areas currently forested compared to the areas identified as available for more growth.

Figuring out what nature can do for climate change

To ascertain the Earth’s “tree-carrying capacity,” the authors of the study drew from 78,774 satellite-photo measurements, largely from protected areas as the best exemplars of how trees would naturally grow. Matching this data across large global databases, they arrived at the conclusion that the Earth has the capacity for 4.4 billion hectares of forests. Subtracting existing forests, land used for crops, and developed areas left them with the .09 billion hectares that could be supporting forests but are not currently doing so. Knocking 205 gigatons out of the estimated 300 gigatons we’ve produced would be a considerable improvement.

The research was done by the Crowther Lab at ETH Zurich. Senior author Thomas Crowthersays, “We all knew restoring forests could play a part in tackling climate change, but we had no scientific understanding of what impact this could make. If we act now, this could cut carbon dioxide in the atmosphere by up to 25 percent, to levels last seen almost a century ago.”

Speaking to The Guardian, Crowther shares his own surprise at what the data revealed: “This new quantitative evaluation shows [forest] restoration isn’t just one of our climate change solutions, it is overwhelmingly the top one. What blows my mind is the scale. I thought restoration would be in the top 10, but it is overwhelmingly more powerful than all of the other climate change solutions proposed.”

Time, however, he stresses, is of the essence: “However, it will take decades for new forests to mature and achieve this potential. It is vitally important that we protect the forests that exist today, pursue other climate solutions, and continue to phase out fossil fuels from our economies in order to avoid dangerous climate change.” 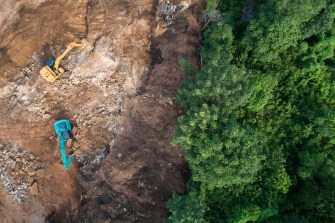 Harder than it sounds, but still…

University of Connecticut ecologist Robin Chazdon, speaking with Scientific American, feels that the new research marks the beginning of a new era in in which “we’re entering into the practicality stage” of reforestation. Chazdon notes, though, the potential difficulties of implementing the Crowther Lab’s strategy, chief among them the impact of changing climate on tree growth, and competition for the land and water currently being exploited by local populations for income. Others feel that the difficulties and potential for profiteering render the plan simply unworkable, suggesting that reforestation alone won’t save us, a claim the new study never actually makes.

In addition, it’s clear we no longer have the luxury of setting aside solutions simply because they’re difficult or that there are obvious potential points of failure. As Chazdon puts it, “We can bring a lot of interdisciplinary science to bear. I hope there will be more interaction between scientists and politicians, realizing that the tools we now have can guide reforestation that is the most cost-effective, and has multiple benefits and fewer tradeoffs.”

Deliveries of the $250k Lightyear 0 will start in November 2022.
Up Next
The Present