In the final installment of his trilogy on the fate of societies, Upheaval: Turning Points for Nations in Crisis, historian and anthropologist Jared Diamond compares the crises individuals face with those of countries. Although there are obvious differences, Diamond searches for through lines in the recent histories of Finland, Japan, Chile, Indonesia, Germany, Australia, and the United States.

While the book ends contemplating the socioeconomic, political, and environmental future of the entire planet, Diamond devotes two chapters to investigating the strengths and weaknesses occurring in his American homeland. While he specifically avoids focusing on Trump — like all administrations, this one is transient — he homes in on one specific phenomenon that helped elect the current president: civic engagement, or really, the lack of it.

After championing and criticizing American values and democracy in Chapter 9, he focuses the following chapter on three big problems: voting, inequality, and investing in the future. Though all three are interrelated at certain junctions, the voting issue is one every American needs to concern themselves with.

Diamond writes that a democracy in which citizens can’t or don’t vote is not worthy of the name. By those standards, America “is barely half-deserving of being called a democracy.” He points to Los Angeles as an example: in 2017, only 20 percent of eligible Angelenos turned out to elect the current mayor. That lack of civic engagement in one of America’s largest cities is inexcusable.

By the numbers, Australia, where voting is compulsory, turns out 93 percent of the population; Italy sees up to 93 percent turnout; Belgium, 89 percent; Indonesia has fluctuated between 80 and 90 percent since resuming free elections in 1999; and in most European and East Asian democracies, voter turnout ranges between 58 and 80 percent.

Then there’s the U.S., in which 60 percent of eligible voters participate in presidential elections and 40 percent for midterm or congressional races. The highest turnout ever was in 2008, when Barack Obama won the presidential vote. A total of 62 percent showed up that year.

Citizens aren’t fully to blame, though they do hold a lion’s share of responsibility. Voter suppression is real, as is gerrymandering, making residents of some districts feel that their vote is ultimately futile. Another intriguing aspect is registration. Diamond writes,

“But there’s another reason why many Americans eligible to vote don’t do so: they can’t, because they are not registered to vote. That’s a distinctive feature of American democracy that calls for explanation.”

The explanation is as follows: in most democracies, citizens are automatically registered to vote when they pay their taxes or apply for a driver’s license. In Germany, when a citizen turns 18 they receive a postcard informing them of the next election. They’ve already been entered into the database.

Trying to get an American teenager excited enough to engage in the civic process is another story altogether. Yet if they received such a postcard, chances are they’d be more inclined to take part. Mobilizing Americans has, sadly, long been a laborious project. That’s likely why Obama is now devoting his time to just that. If anyone knows how to excite a base, it is him.

Voting is also financial, which is its own problem. As Diamond notes, voter turnout is over 80 percent for Americans who earn more than $150,000 and under 50 percent for those earning less than $20,000. This skews the electorate, with higher earners choosing candidates that benefit them financially, regardless of the cost down the line. Those down the line, whose voices are needed the most for deciding the best interests for all Americans, end up not showing up — or can’t, which is why the call for turning Election Day into a national holiday needs to be seriously considered. 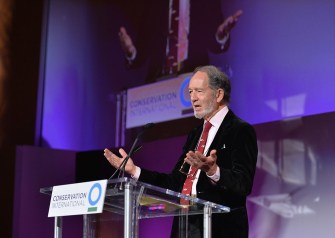 Other minor tweaks that should be implemented include same-day voter registration, freeing up citizens to both register and vote simultaneously, and mail-in ballots. I haven’t stepped inside a Los Angeles voting booth in five years. I simply receive my ballot, research the races I’m ignorant of, and mail it in before the deadline.

The biggest obstacle to voting might be one many of us are already feeling: burnout. Just as news is now a 24-7 game with every media company fighting for attention, holding office is less about governing and more about fundraising and campaigning. The day after Obama was elected (and again after he was re-elected), Republicans began the election process; the same holds true for Democrats and Trump. As Diamond writes, “No country approaches the U.S. in the expense and uninterrupted operation of our political campaigning.”

Diamond notes that a retired senator friend expressed his consternation over the reality of the occupation, saying that he spent 80 percent of his time fundraising and campaigning and only 20 percent governing. That’s not what they’re elected to do, but that’s what’s actually being done. The fact that we’re a half-year into the process of deciding who will run in another fourteen months is simply ludicrous.

Perhaps we should, as Diamond suggests, take a hint from the UK, where “campaigning is restricted by law to a few weeks before an election, and the amount of money that can be spent for campaign purposes is also restricted by law.”

Over $5 billion was spent in three of the last four election cycles, including the 2018 midterms, which proved to be the most expensive congressional cycle ever. We can likely expect another record during the 2020 cycle. If Citizens United was overturned and campaign cycles legislated by law, this insane amount of money could be put to much better use supporting the public these politicians are voted to represent. As it stands. we’ll remain, as Diamond suggests, a half-functioning democracy or worse — if we don’t show up to vote.

Tags
democracygovernmentpolicysocial changesocietyunited states
In this article
democracygovernmentpolicysocial changesocietyunited states
Related
The Past
How “gate” became the syllable of scandal
In terms of sheer productivity, “-gate” has no peer. Wikipedia’s list of -gates has over 260 entries.
The Past
In the Soviet Union, murderers had an easier time than political dissenters
Soviet researchers studied crime through a Marxist-Leninist lens. Under Lenin, a humanitarian approach to criminality briefly emerged, but dissipated when Stalin rose to power.
Strange Maps
Electricity generation by U.S. state
U.S. states vary radically in terms of electricity generation. Vermont is the cleanest, while Delaware is the dirtiest.
Videos
Is reality real? These neuroscientists don’t think so.
Reality is more distorted than we think.
▸
with
Big Think
The Present
Twenty years after 9/11, hindsight is 20/20
Hindsight is 20/20, particularly when you have had 20 years to think about what happened.
Up Next
Starts With A Bang
How Do We Know How Small An Elementary Particle Is?
When we split something into its most fundamental, indivisible components, are we truly seeing something that’s point-like, or is there a finite minimum size?Imagine that you wanted to know what the […]