A 1980s Time magazine article declared that the KGB, a Soviet state security agency, is the world’s preeminent information-gathering organization. While the CIA, MI6, Mossad and Interpol may debate such a title, the KGB (1954-1991) was certainly one of the most powerful, feared and successful intelligence services.

The KGB carried out numerous audacious and deadly operations. It was also very good at recruiting. Over the years, a number of Americans have been implicated in working for the KGB.

Of course, we don’t really know the full extent of everything devised and carried out by such a secretive group. But from known evidence, here are 5 of the most impactful operations the KGB orchestrated on U.S. soil. 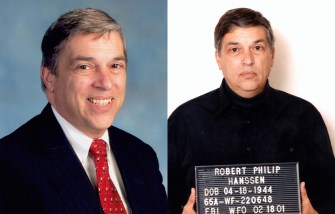 What’s a greater intelligence coup than recruiting intelligence agents from the enemy’s country? The KGB managed to pull off several such feats during the Cold War. One top double-agent was Robert Hanssen, an FBI agent who also spied for the Soviets from 1979 till 2001. The Department of Justice called Hanssen’s espionage “possibly the worst intelligence disaster in U.S. history.”

Currently serving 15 consecutive life sentences in a federal supermax prison in Colorado, Hanssen earned over $1.4 million in cash and diamonds for selling classified documents to the KGB by the thousands. These papers detailed American weapons developments and the U.S. counterintelligence program. Some of the KGB double-agent names Hanssen revealed to his Soviet handlers ended up getting executed. He also relayed American strategies in case of a nuclear war.

Hanssen was finally caught in 2001, after the FBI paid $7 million to a KGB agent for a file on an anonymous mole. Fingerprinting and voice analysis identified Hannsen. 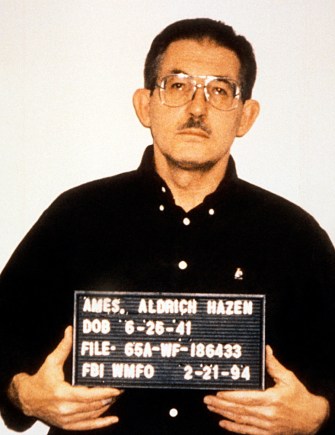 4. The recruitment of Aldrich Ames

Spying at some of the same time as Robert Hanssen, Aldrich Ames was arguably an even bigger get for the KGB. He was a 31-year CIA officer, who fed highly classified CIA information to the Russians from 1985 until 1994. His actions directly resulted in the deaths of at least 10 CIA sources and compromised at least a hundred U.S. intelligence operations.

Ames was eventually caught when his lifestyle, which was too lavish for his paycheck, was noticed.

At his trial, Ames admitted that he gave up “virtually all Soviet agents of the CIA and other American and foreign services known to me”, while providing the KGB with a “huge quantity of information on United States foreign, defense and security policies.”

He is now serving his life sentence in a medium-security prison in Terre Haute, Indiana. 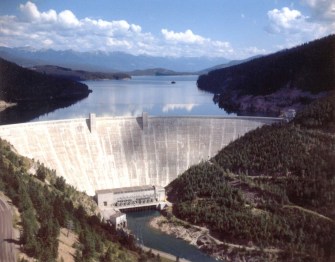 This operation didn’t fully come to fruition so why is it on this list? Its sheer ambition. Operation Cedar, which took over ten years of preparation (1959-1972), intended to seriously disrupt the U.S. power supply. The idea was to destroy giant hydroelectric dams, as well as the Hungry Horse Dam and Flathead Dam in Montana. This would result in the loss of power to the entire state of New York and all the regions nearing the dams.

KGB agents used a safe house near Harrisburg, Pennsylvania to coordinate the attacks, which would lead to unimaginable chaos. The plan also called for destroying oil refineries and oil pipelines between the U.S. and Canada. The ultimate goal for the operatives was to plant explosives in the Port of New York – a key harbor for commerce.

The operation is mentioned in the Mitrokhin Archive – 25,000 notes made by the 30-year KGB archivist Vasili Mitrokhin, which he brought with him when he defected to the U.K. He worked in the First Chief Directorate, the unit tasked with gathering foreign intelligence and operations. Mitrokhin didn’t reveal why Operation Cedar didn’t happen. 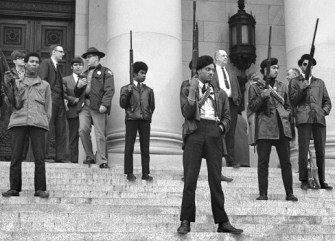 The KGB had a long-standing strategy of exploiting racial tensions in the U.S. This approach culminated in Operation Pandora, a 1960s plan also detailed in the Mitrokhin Archive. This operation’s goal was nothing less than the start of a race war that would consume and self-destruct the United States.

According to Darien Cavanaugh, writing for War Is Boring, the Soviets looked to rattle the U.S. and wanted to incite violence between radical groups like the KKK, African American militants, and the Jewish Defense League (JDL). From that standpoint, the KGB sought to exploit the situation following the assassination of Martin Luther King Jr., who was regarded by Soviet authorities as being too moderate and standing in the way of greater social divisions and potential civil war in the U.S.

In 1971, the KGB distributed fictional pamphlets which appeared to be made by the right-wing Jewish Defense League. Booklets, actually written by the KGB, were sent to black militant groups, making claims that African-Americans were attacking Jews and looting their New York stores. The aim for the KGB was to incite anti-Semitism in the black community. At the same time, other fake letters were sent to black militant groups saying that the JDL was attacking black people in America. Those letters openly called for retaliation.

Following this modus operandi, the Soviets authorized Operation Pandora, a 1971 plan to blow up a historically black New York college and place the blame on the JDL.

While that operation didn’t end up panning out and causing a race war, KGB efforts to stir up racial tensions continued into the 1980s. In the run-up to the 1984 Olympics in Los Angeles, KGB-penned racist letters were sent to the Olympic committees of a number of African and Asian countries in the name of the American KKK. 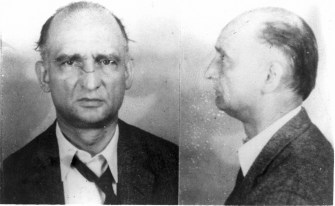 1. The conspiracy of Rudolf Abel

Rudolf Ivanovich Abel (1903-1975) was probably the most famous KGB “illegal” in history, whose story was the basis of Steven Spielberg’s Oscar-winning film “Bridge of Spies”. Born William Fisher in the UK to Russian émigré parents, he grew up to be a Soviet intelligence officer. Proving himself for his intelligence work against the Nazis in World War II, Fisher worked for OGPU and NKVD (predecessors to the KGB), before being sent to the U.S. in 1948. Using fake documents, he crossed into the U.S. from Canada and took up a key part in a New York City-based spy ring. His spying continued under KGB supervision all the way until 1957 when he was arrested by the FBI.

Posing as a photographer and painter, Fisher was instrumental in organizing the “volunteer” network of agents that would smuggle American atomic secrets to Russia.

After he was eventually discovered, Fisher only served 4 years of his sentence, exchanged for the downed American U-2 pilot Francis Gary Powers in 1962 on a bridge in Berlin (so-called “Bridge of Spies”).

The practice of placing “illegal” immigrants in the U.S. under fake identities who would then operate as sleeper or active agents has continued to modern times. In 2010, a network of 10 Russian sleeper agents was apprehended in the U.S.

When we try to recreate simpler versions of natural ecosystems, we invariably make mistakes, argues author and biologist Rob Dunn.
Up Next
Think Again Podcasts

Don’t get too comfortable: Marlon James on his “African ‘Game of Thrones’”