If you’re a parent who wants to encourage their daughter to pursue science, engineering, or math, then it might do well for you to let your child loose on Assassin’s Creed: Odyssey, Fortnite, Fallout 76, The Sims, Spiderman, or even something properly indie like Kentucky Route Zero. Why? Research suggests a strong correlation between girls who are heavy gamers and the likelihood those girls will go on to pursue STEM degrees.

Anesa Hosein at the University of Surrey wrote a paper for Computers in Human Behavior that looked at survey results from 481 females and 333 males concluding that girls between the ages of 13-14 who played more than nine hours of video games a week were more likely to pursue a STEM degree. This pattern did not hold true for young boys.

The data on which Hosein based her analysis came from two different data sets. The first was the Net Generation data set, which contains information on students in their first year of university life, and the other is called LSYPE, or the Longitudinal Study of Young People in England, which was administered in seven different waves to English youths between the ages of 13/14 (the first wave) and 19/20 (the seventh wave). Both data sets contained information on video game usage and degree choice. 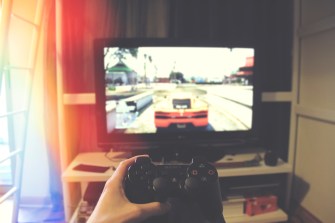 The researchers found that it didn’t matter what type of game girls played; playing any type of video game encouraged women to study STEM.

Photo by John Sting on Unsplash

What else can be learned from the data? The more a girl plays games, the more likely it will be a positive factor in encouraging them to pursue a STEM degree. Those who are heavy gamers and pursue STEM degrees are also the least likely to give up their gaming habit, too. Female gamers were more likely to pursue a STEM degree compared to boys regardless of which type of game they preferred to play—action, MMORPG, puzzle, platform: all carried the same impact for eventual STEM students.

The researchers suggested that future studies should examine gaming intensity between ages 15/16 and 19/20 as well as why someone might play games less—are they studying for exams?—and when and why they might pick gaming up again. There is also an open question in the research about what the exact link is between problem-solving skills encouraged and developed by video games and the later application of those problem-solving skills in the context of STEM degree.

When reading critiques that inflate the uncertainty of science, ask these 7 questions.
The Present

The decline of global poverty is one of the most important achievements in history, but the end of poverty is still very far away.
The Present

The problems that Americans face are often too complex for fact-checking alone.
Up Next
Health

All of study’s participants had microplastics in their stools

The study was small: 8 people from 8 different countries. But the findings have alarmed scientists.