There’s more gender equality in Western societies today than in the past. Inequalities still exist, of course, but research has consistently shown an uptrend in women joining and rising within the workforce, obtaining degrees, and earning more money. The social expectations of men and women also seemed to have changed; this is harder to measure empirically, but it seems safe to say that our ideas about gender roles are more fluid today than they were, in say, the 1950s.

The short answer seems to be no. For decades, studies have shown that boys and girls generally prefer playing with toys typically associated with their biological sex: toy trucks for boys and dolls for girls, to give a rough example.

These results have remained remarkably stable over the past 50 years, according to a 2020 meta-analysis of research on gender differences in toy preferences. Published in Archives of Sexual Behavior and titled “The Magnitude of Children’s Gender‐Related Toy Interests Has Remained Stable Over 50 Years of Research,” the analysis examined 75 previous studies, 113 effect sizes, and a range of toy preference measurements.

No matter what society wants, it’s worth noting that there seems to be some biological drivers behind children’s preferences for gender-typical toys.

A letter to the editor in the same journal sought to challenge these findings in a separate analysis, which concluded that children actually spend less time playing with gender-typical toys these days.

The authors of that analysis speculated that the reason for this decline “might reflect social pressures in recent times for children to be less gender-typical in their behavior.” In other words, the decline stems from parents wanting to be more in line with progressive ideas about gender fluidity.

However, Davis and Hines disagreed, proposing that the supposed decline appeared in the analysis only because of the specific methodology employed by the researchers. What’s more, they noted that toy advertisers have been using more gender stereotypes to boost sales in recent decades—a finding that potentially complicates the claim that social pressures are causing kids to spend less time playing with gender-typical toys.

“It may be tempting to think that social changes over time might be reducing children’s play with gender-related toys, given arguments that play with a broader set of toys would be beneficial for both boys and girls. Unfortunately, however, broad change in the social roles of men and women do not seem to have influenced children’s toy choices, perhaps because they have been counteracted by stronger marketing of different toys to girls and boys over recent time. If society wants girls and boys to play with the full range of toys, more targeted action is probably required.” 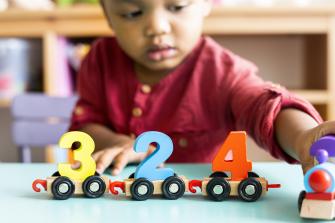 Why are we so concerned about which toys kids play with?

But does society really want kids to play with less gender-typical toys? Some research suggests the answer is yes. A 2017 survey from Pew Research Center found that a majority of Americans considered it a “somewhat or very good thing” to steer kids toward toys and activities traditionally associated with the opposite gender (though respondents were less enthusiastic about doing so for boys than girls).

Encouraging kids to play with a wider range of toys could yield benefits. For example, a 2020 study published in Frontiers in Human Neuroscience found that when both boys and girls play with dolls, they experience heightened activation within brain regions associated with empathy and perspective-taking.

But no matter what society wants, it’s worth noting that there seem to be some biological drivers behind children’s preferences for gender-typical toys.

For example, studies have shown that babies tend to prefer toys oriented to their own gender, a finding that suggests their preference is innate because they’re in the pre-socialization stage of development. Supporting that argument are studies showing that baby monkeys also display gender-typical toy preferences.

Still, it’s easy to see how social pressures might affect kids’ toy preferences as they grow up. So, the question of why kids prefer the toys that they do likely boils down to a familiar answer: a tangled mix of environmental and biological factors.

“It would be extreme to claim zero influence of biology on gender differences in toy choices, and the research community is still divided on how important biology and social factors are,” Davis told Big Think.

Americans are more willing to put the greater good above their own interests today than in the 1950s.
The Well

From politics to culture, we blame “tribalism” for humanity’s problems. This explanation is entirely wrong.
Sponsored

The surprising psychological effect of tracking your expenses

When you hold yourself financially accountable, you’re likely to gain more than just some extra money.
High Culture

How drugs, demons, and the search for immortality gave us words we use everyday.
Up Next
Starts With A Bang

Ask Ethan: How Can We Help Young Black Physicists Succeed In Their Careers?

The Nobel Prize is the most prestigious award in the world in the field of Physics. Since the award’s inception some 120 years ago, there have been exactly zero Black […]