The scientific community has been proceeding with caution as it explores the potential of gene editing. The high risk of unintended consequences, both immediate and long-term, has prompted reticence regarding experimentation with humans. And then there’s He Jiankui, who announced in 2018 that he’d genetically modified two human embryos, twin sisters, “Lulu” and “Nana,” born in October of that year. Last week, a Chinese court sentenced He to three years in jail and a fine of three million Chinese yuan, about $430,000, for engaging in “illegal medical practices.” The court also confirmed rumors that He had modified the genome of a third child, likely born in June or July 2019. 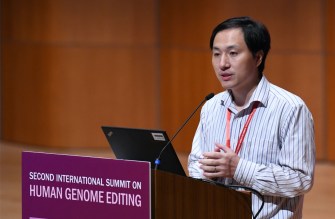 He tells the world

When He first announced his research in November 2018 at the Second International Summit on Human Genome Editing in Hong Kong, the scientific community was stunned at this deliberate flaunting of scientific consensus and Chinese law. A statement from 122 Chinese scientists referred to He’s work as “crazy” and called it “a huge blow to the global reputation and development of Chinese science.”

He, an associate professor at Southern University of Science and Technology in Shenzhen, China, claimed to have used CRISPR-cas9 in an attempt to provide embryos with immunity to HIV. The DNA in 16 embryos was altered, and 11 of these were used in six implant attempts that eventually led to the successful pregnancy of three infants.

After the announcement, Julian Savulescu of University of Oxford told The Guardian, “If true, this experiment is monstrous,” adding that, “There are many effective ways to prevent HIV in healthy individuals: for example, protected sex. And there are effective treatments if one does contract it. This experiment exposes healthy normal children to risks of gene editing for no real necessary benefit.” While there areHIV infections in China, there was no indication that the embryos had been infected.

In his announcement, He claimed to have inserted a mutated form of the CCR5 gene into the embryos’ genome, a particular mutation that makes a small number of people immune to HIV. According to Kiran Musunuru of University of Pennsylvania, though, the mutation has a nasty downside: People who have it are at higher risk of contracting other, non-HIV viruses, and of dying of the flu. So, while potentially shielding his subjects from HIV, He was, in essence, consigning them to a lifetime of enhanced vulnerability to all sorts of more common infections.

It’s likely, however, that He never actually produced or inserted the CCR5 mutation in any event. Excerpts of He’s documentation published in MIT Technology Review suggest that what He created were some new kinds of CCR5 mutations, as well as unintended gene mutations elsewhere in the genome, and the effect of all of these edits are anyone’s guess. After reviewing the excerpts, University of California, Berkeley’s Fyodor Urnov concluded He’s claim was “a deliberate falsehood.” 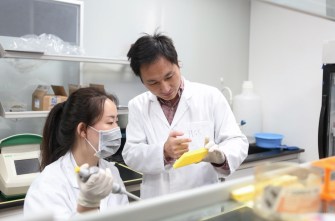 He Jiankui and his genetic research team

What the court said

Two of He’s colleagues involved in the research were also convicted by the Shenzhen court. According to Chinese news outlet Xinhua, the court found:

The court also ruled that He had forged documents from an ethics review panel.

Tags
bioethicsCRISPRgeneticshealthhivjustice systemlaw
In this article
bioethicsCRISPRgeneticshealthhivjustice systemlaw
Related
The bizarre history of exercise explained in 8 minutes
Harvard professor Daniel Lieberman debunks the ‘10,000 steps per day’ myth.
▸
8 min
—
with
Daniel Lieberman
The Well
CRISPR: What will humanity create?
CRISPR’s gene drive can defy evolution. Here’s how, explained by Nobel Prize winner Jennifer Doudna.
▸
6 min
—
with
Jennifer Doudna
Health
America’s maternal death rate: “This is a national crisis”
Black women are 3x more likely to die giving birth. Here’s one plan to fix that.
▸
7 min
—
with
Michael Dowling
Harvard professor debunks the biggest exercise myths
Exercise culture is crazy. But what you need to do is exceedingly simple.
▸
with
Daniel Lieberman
Mind hack: Revive your focus with this 12-minute exercise
A neuroscientist explains how to master your focus.
▸
7 min
—
with
Amishi Jha
Up Next
Hard Science
Time is “elastic”: Why time passes faster atop a mountain than at sea level
The idea of ‘absolute time’ is an illusion. Physics and subjective experience reveal why.