Climate change — and humankind’s role in it — is settled science. Some 97% of climate scientists have reached the conclusion that the Earth is warming and that our activities are the cause. This is a remarkable level of consensus. That anyone still harbors doubts makes little sense. Denial is one explanation. Another one is revealed in a new study led by University of California’s Alexander Petersen and published in Nature Communications: Climate contrarians – climate deniers — actually enjoy 49% more English-language media coverage than climate scientists. Maybe print and electronic news editors are predisposed toward conflict as being more exciting; maybe it’s just an ill-considered attempt at balanced reporting. Whatever the reason, such outlets are doing a shocking, reprehensible disservice to their audience at a critical time when there’s not a minute to be wasted.

The study compared the visibility of 386 well-known climate change deniers — people who question the fact of climate change or the impact of human activities on it — and 386 well-known climate scientists widely acknowledged as experts. They tracked the number of appearances of these 772 individuals across roughly 100,000 digital and print stories presented by a range of media outlets.

Of the contrarians, almost half had never published a single peer-review scientific paper — of those who had, most found their work rejected by the scientific community as having factual errors. Many were retired politicians or professional general-purpose talking heads. As for the experts, they were selected for being the most-cited authorities across some 200,000 peer-reviewed papers on climate.

When Petersen and his colleagues dug a bit deeper, narrowing their analysis to 30 well-regarded media outlets, they found that contrarians were still appearing more than actual experts: 2,482 to 2,463. This is better than 49%, to be sure, but it remained the case that people with no real knowledge of the subject were still being awarded just as much time and space — actually slightly larger — as people with genuine climate expertise. 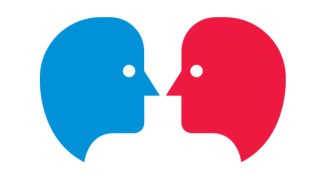 Though nothing makes for a thrilling news like a good conflict, it’s likely that a great deal of of unearned weight given to non-experts on climate change has to do with media feeling compelled to present both sides of a story.

This sounds good on the face of it, and in previous times, when disagreements perpended from different interpretations of roughly the same facts, it made sense. However, today Fact itself — along with Science — are under attack by those who prefer to believe what they think, or that they wish was correct, as opposed to those things for which there’s empirical proof.

In such an era, giving equal weight to opposing positions quickly devolves into madness, a madness in which today’s news media often become mired. Not all opinions are equally valid just for someone having them. If someone says “up is down,” do they deserve being awarded equal credibility as those who know better? In a situation where one side is objectively right and the other is wrong, must equal air time or column inches be given to the nonsensical?

If so, and this is where we apparently are, fairness in its larger sense is perverted, with equal exposure a lazy, and in this case destructive, stand-in for analysis and, well, the truth.

Dating apps have made it easier than ever to find a partner. Paradoxically, the ease of finding matches means some remain perpetually single.
Smart Skills

New Year’s resolution for 2022: Five ways to have better conversations

Next year is the perfect time to have better conversations!
Smart Skills

Successful constructive criticism is as much about mindset as methods.
High Culture

Why Arthur Schopenhauer would have hated modern education

Many of his criticisms ring true today.
Neuropsych

The replication crisis has debunked many of psychology’s fair-haired hypotheses, but for the marshmallow test, things have only become more interesting.
Up Next
The Present

UPS has been discreetly using self-driving trucks to deliver cargo

TuSimple, an autonomous trucking company, has also engaged in test programs with the United States Postal Service and Amazon.