A series of controversial experiments by Russia and China recently came to light, drawing concern from experts over their potential military applications. A newly published paper shows that in June 2018, Russian scientists emitted high-frequency radio waves in order to affect the ionosphere – the ionized section of Earth’s upper atmosphere that reaches from 50 to 600 miles above. They were able to heat it up by about 100 degrees Celsius (212 degrees Fahrenheit) while also causing a massive electric spike.

The ionosphere is used for military communication (specifically between submarines) and disrupting it can cut off the opposing side from its satellites. Critics of experiments in the high atmosphere warn they could lead to modifying weather and creating natural disasters like earthquakes and hurricanes.

The particulars of the new studies involved “a large amount of microwaves” being sent into the high atmosphere from the Russian atmospheric heating facility called Sura, as reports the South China Morning Post. This facility, near the town of Vasilsursk, to the east of Moscow, was built during the Cold War. Meanwhile, in a precisely coordinated effort, Zhangheng-1, a Chinese electromagnetic surveillance satellite, studied the resulting effects on plasma disturbance from orbit.

There was a total of five experiments performed. One conducted on June 7th, 2018 created a “physical disturbance” that affected an area of 126,000 sq km (49,000 square miles), which is “about half the size of Britain.” The zone of the experiment, about 310 miles above Vasilsursk, also saw an electric spike that had “10 times more negatively charged subatomic particles than surrounding regions,” tells the Chinese paper.

The June 12th experiment resulted in raising the temperate of ionized gas in the atmosphere by more than 100 degrees Celsius as a result of bombarding it by electrons.

The base at Sura employed an array of high-powered antennas to conduct the research. The peak power output of its high frequency radio waves could go up to 260 megawatts. That’s enough juice to power a small city. 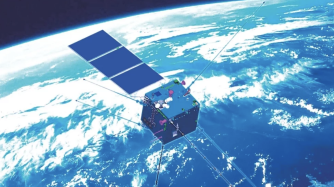 While the details of their studies warrant attention, the researchers involved are downplaying their military application, saying the results were “satisfactory” with the observations of plasma disturbances providing the basis for the “success of future related experiments,” as wrote the scientists.

China is actually building a larger, more advanced facility in Sanya, Hainan. It will have the capability to manipulate the ionosphere over the whole area of the South China Sea. Not to be outdone, the U.S. has its own powerful High Frequency Active Auroral Research Program (HAARP), built in the 1990s.

You can check out the new research paper published in the Chinese journal Earth and Planetary Physics.

A new genetically-modified pothos ivy plant is exceptionally skilled at removing dangerous pollutants, such as benzene and chloroform, from the surrounding air.