For those in the United States, the economy continues to push forward full steam ahead. According to a recent jobs report from the Bureau of Labor Statistics for the month of October, the US economy added 250,000 jobs to reach an unemployment level of 3.7%, extending a record streak of 97 consecutive months of growth. That’s great news for Americans in the job market as unemployment maintains a steady 49-year low; however, there’s one area of the economy that’s seeing even more growth: blockchain-related jobs. A recent study from Glassdoor found that blockchain-related job openings in the US have increased 300% compared to last year and that the salaries are growing too. Even with the drastic price drop in bitcoin and other cryptocurrencies, those with blockchain skills are a hot commodity in the tech workforce.

Glassdoor’s study found a significant increase in demand from employers looking for talent in the blockchain space even after the price of bitcoin dropped dramatically. As of August 2018, the website reported 1,775 unique blockchain-related job opening in the US. That number represents a 300% year-over-year increase from 2017. The good news for those in the workforce is that the numbers remained essentially unaffected by bitcoin price volatility.

During the so-called “crypto-mania” bull run that occurred during the end of 2017, Glassdoor calculated unique position openings in the range of 695 – 748, compared to the current openings which more than double that. Regardless of the volatility in the markets, employers are still seeking talent in the blockchain space like never before. Further contributing to the data is Upwork’s Q1 2018 Skills Index, which ranks the 20 fastest-growing skill sets for freelancers and companies looking for contractors. According to the report, blockchain was the number one fastest-growing skill set.

Besides a growing number of employers looking for blockchain talent, there’s more good news for those in the space: the pay. While those with technical skills already tend to command higher than average salaries, job openings in the blockchain space are offering significantly higher salaries than most others.

Glassdoor reported the median starting salary for blockchain job openings was $84,884 compared to the median salary in the US of $52,461. The difference in salaries is substantial, to say the least, at over $32,000 higher than the median US salary, an increase of 61.8%. The burgeoning field in the tech sector is offering such high salaries for a few reasons, including the lack of available talent in blockchain and the locations of the jobs themselves, with major metropolitan areas topping the list of locations for job openings. 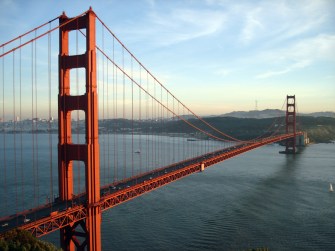 One of the reasons for such high starting pay with job openings is due to where the jobs are located. As is often the case with the tech world, major cities like New York City and San Francisco top the list of American cities with blockchain job openings, followed by expected locations like San Jose, Chicago, Seattle, Boston and Los Angeles. Outside the United States, other international hubs are seeking blockchain talent as well. London, Singapore, Toronto, and Hong Kong claim the top of the list for blockchain job openings in the international job markets. The variety of companies looking for workers in the space is huge as well, and companies such as IBM, Facebook, JPMorgan and many others are only a few of the names in the mix. With higher average cost of living, larger salaries are a way for companies to incentivise talent to come to them, but what type of talent are they looking for?

Chai Shepherd is an advisor to the Resto project, a blockchain solution for food services, and Co-Founder of PLAAK, a project aimed at making blockchain implementation easier. He is a well-known crypto investor and has a lot of experience finding new talent. Through his experience in the industry, Shepherd has noticed particular skills that stand out to employers and innovators and knows that it’s not always easy to find skilled developers.

“Blockchain companies are looking for Internet-of-Things (IoT), Java, Javascript, C++, and Golang developers, as well as for those with knowledge in cryptographic algorithms. However, developers are getting harder to find as a lot of this type of work is mainly research and development (R&D) that’s not normally required in a technology organization. Universities are currently teaching solidity code, but I feel that there is more to blockchain than just ETH solidity smart contracts.”

Also included in Glassdoor’s research is the type of talent employers are looking to attract. According to the data, software engineering is the most sought-after occupation, which is unsurprising as more companies look to implement blockchain technology into their platforms. Software engineer listings alone accounted for nearly 20% of all job opening postings on Glassdoor related to blockchain technology. Other sought-after positions included analyst relations manager, product manager, front-end engineer, and technology architect, though all in the single-digit percentages of openings.

So, what does all this mean? For starters, insights from Glassdoor show that even with the hefty volatility of bitcoin and other cryptocurrency prices, blockchain technology appears to be staying relevant. In fact, listings for blockchain-related job openings have only increased (by a lot) after the drastic decline in the cryptocurrency markets. That’s good news for those interested in the field of study and work.

Additionally, the research shows that employers value knowledgeable individuals enough to offer much higher starting pay for those with the know-how to help implement blockchain technology.

For a nascent industry like cryptocurrencies, the research comes not so much as a surprise, but as an affirmation for the future of the industry to come. What we’re seeing happen is following a similar pattern in the tech world for those with artificial intelligence (AI) and machine learning skills. Though the regulatory status of cryptocurrencies remains unclear in the US, the growth in the industry related to the underlying technology is not. Looking forward, the blockchain industry is poised to continue its rapid growth.

How to colonize Venus, and why it’s a better plan than Mars