The legal limit for driving within the United States is a blood alcohol concentration of 0.08 percent. According to BAC Track, you can measure your BAC (blood alcohol content) as soon as 15 minutes after your first drink. BAC Track suggests your BAC level will remain within safe limits if you consume one standard drink per hour.

According to BAC Track, one standard drink is half an ounce of alcohol, which can be:

There are many things that influence a person’s BAC, including how quickly you drink, your body weight, altitude, how much food you’ve eaten, whether you’re male or female, and what kind of medications you’re currently on.

A new study has found that your smartphone could actually tell you if your blood alcohol concentration exceeds the limit of 0.08 percent. 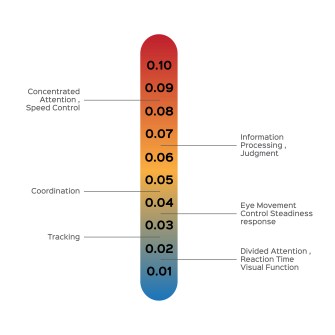 While devices such as portable breath analyzers are available, not many people own them due to how expensive they are and the social stigma surrounding them. This 2020 study suggests smartphones could be an alternative. According to PEW Research, up to 81 percent of people own a smartphone.

For this small-scale study, there were 22 participants who visited the lab to consume a vodka-based drink that would raise their breath alcohol concentration to 0.02 percent.

Dr. Brian Suffoletto of the Stanford Medical School’s Department of Emergency Medicine (and corresponding author of the study) explains to Medical News Today: “I lost a close friend to a drinking and driving crash in college,” Dr. Suffoletto says. “And as an emergency physician, I have taken care of scores of adults with injuries related to acute alcohol intoxication. Because of this, I have dedicated the past 10 years to testing digital interventions to prevent deaths and injury related to excessive alcohol consumption.”

Before having the drink, each participant had a smartphone strapped to their back and was asked to walk 10 steps in a straight line and then back again. Every hour for the next 7 hours, the participants repeated this walk.

The sensors on the smartphone measured each person’s acceleration and their movements (both from side to side and up and down).

This is not the first study of it’s kind.

Previous research (such as this 2016 study) has used machine learning to determine whether a person was intoxicated. That data, gathered from 34 ‘intoxicated’ participants, generated time and frequency domain features such as sway area and cadence, which were classified using supervised machine learning.

This 2020 study showed promising results of the smartphone analysis: over 90 percent accuracy.

Researchers found through analyzing the data that 92.5 percent of the time they were able to determine if a participant had exceeded the legal BAC limit.

Of course, the study had some limitations.

In real life, a person is very unlikely to keep their smartphone strapped to their back. Placing the phone in your pocket (or carrying it) could impact the accuracy.

The implications of this small-scale study are exciting.

While this was a relatively small study, it is being used as a “proof of concept” marker for further research. Researchers on this project explain that future research would ideally be done in real-world settings with more volunteers.

“In 5 years, I would like to imagine a world in which, if people go out with friends and drink at risky levels, they get an alert at the first sign of impairment and are sent strategies to help them stop drinking and protect them from high-risk events, like driving, interpersonal violence, and unprotected sexual encounters.”

The biology behind your office’s air conditioning war.
Up Next
Neuropsych

Get better sleep each night by binging content on Restflix

Restflix has over 20 personalized channels for optimal sleep.