It’s a well-worn joke that many of the subjects we learned in school aren’t terribly useful as adults. High school calculus forces us to memorize L’Hôpital’s rule but glosses over the practical math of budgeting. P.E. fills our days with dodgeball and the box step, not knowledge of how to maintain an active body and mind while working 40-plus hours a week. And then there’s cursive. You know what we mean.

The state of contemporary education has led many experts to argue a changeup is in order. Are there subjects that would enrich the average student’s life and impart a more versatile skill set than, say, calculus? Vicky Chan, founder of the design firm Avoid Obvious Architects and the voluntary organization Architecture for Children, believes one candidate is architecture. 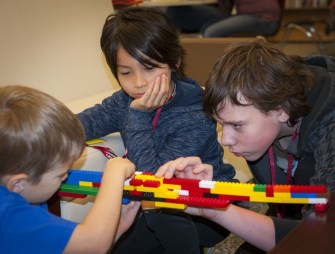 Grade-schoolers learn design by building a bridge out of LEGOs during a STEM event.

Most students won’t grow up to be architects. That’s probably for the best since the career’s projected growth rate is slower than average. But that’s not Chan’s goal. In a recent CityLab interview, he tells why he began instructing grade-schoolers in architecture. At its heart, architecture is about problem-solving.

In an example relayed to CityLab writer Mary Hui, Chan discusses a class tasked with designing an eco-hotel on a former quarry site. The students chose to place the hotel on a hill’s crest for the luxurious views and wanted to include a tram for easy travel accommodations. As they began to plan, they ran into problems with the concept, but rather than scrap it for something else, they were required to evolve the process and develop beyond their original thinking.

This offers a unique approach to STEM and much of school, where too many classes ask students to solve a problem with a predetermined answer or memorize and recite key information.

“With design, no solution is 100-percent right or wrong,” Chan said in the interview. “It’s not like solving a mathematical problem. In sport, you can teach team spirit, but at the end of the day, it’s a competition and it boils down to winning and losing. But in design, there is no absolute answer, and it’s very much like in real life.” 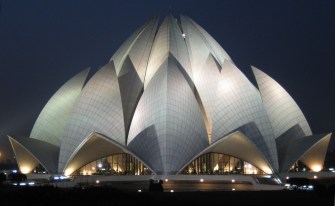 The Lotus Temple in Delhi, India, one of the most beautifully designed buildings in the world.

Chan then uses the class to help student understand modern connections, especially regarding sustainability. As he notes, a lot of students think sustainability is recycling water bottles — which is probably true for most adults, too. But Chan wants people to view the environment and their approach to it differently. He introduces his students to concepts like the wall effect, helping them to see that although something is commonplace, that doesn’t mean it’s the most effective or salubrious design.

It’s also worth considering how Chan’s class can be upgraded from STEM to STEAM — that is, STEM with an additional focus on art. Students get to design their buildings with cardboard models, allowing them to tap into their creativity and create something that’s uniquely theirs. Again, they may not become architects, but they may develop an appreciation for the aesthetic value of design that we find in such illustrious examples as Casa Mila, Prague’s Dancing House, the Lotus Temple, and China’s Forbidden City Temple.

Fareed Zakaria: STEM and the Liberal Arts Were a Power Couple. Let’s …

Nor is Chan alone. Many experts are suggesting we add new subjects or methods to school curriculum or revamp old ones to be more viable for contemporary students.

As Fareed Zakaria told Big Think, Yale has opened a school in Singapore that is re-imagining liberal education for a global context. Rather than focus on subjects, the school’s core curriculum focuses on critical thinking and methods of inquiry. When students read Aristotle, Zakaria notes, they aren’t just analyzing Aristotle. They are reading him in coordination with Confucius to inquire what political, social and cultural influences led these contemporaries to their different views.

Often the goal is to integrate STEM, problem solving, critical thinking and the creative arts in new and interesting ways. As for the box step, if they really want to learn, they can google it.

Tags
arteducationsocietywork
In this article
arteducationsocietywork
Related
High Culture
Did Paul Cézanne hide an early self-portrait underneath a 160-year-old still life?
To answer that question, we may have to figure out when the famed painter started to go bald.
Thinking
Creative wisdom from Rick Rubin: embrace your inner gatekeeper
Unlock the full potential of your creativity with holistic detachment. This is the way of the editor.
The neuroscience of loving music
Humans are musical animals four million years in the making, explained by music expert Michael Spitzer.
▸
8 min
—
with
Michael Spitzer
The Learning Curve
The art of asking the right questions
The right questions are those sparked from the joy of discovery.
High Culture
The most controversial painting in Russian history
Created in the 1880s, “Ivan the Terrible and His Son Ivan,” which depicts a father murdering his son, divides Russians to this day.
Up Next
Thinking
6 books on the occult and mysticism
Biographies, treatises and stories on the occult and its strange cast of characters.