There are times when a researcher, scientist, or just a common, everyday tinkerer accidentally makes something that wasn’t quite what she or he had in mind, but ends up leading to an invention that becomes ubiquitous across the world.

Here are seven “fortunate accidents” in science and the iconic items that came out because of them: 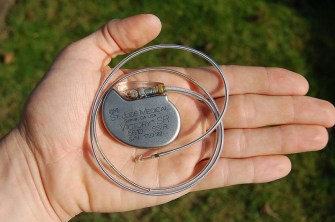 “I’m beginning to think I may not change the world, but I’m still trying,” Wilson Greatbatch, Inventor, 2007.

In fact, Mr. Greatbatch had indeed changed the world, after having invented a device by mistake that would save the lives of millions of people.

He’d been working on a device to record the rhythm of a human heartbeat. In 1956, as he was trying to finish the circuit where he worked at the University of Buffalo as an assistant professor, he accidentally grabbed the wrong sized resistor and used it instead. This was one of those “fortuitous” accidents, as it turned out. The intermittent electrical impulses that the device created because of that final resistor were very much like the sounds of a human heartbeat.

Seeing the value of such a device, he immediately set to work trying to make it small enough to fit inside a human. There were other research labs doing the same, so he worked urgently to get it done — documented in the book he wrote about the experience, The Making of the Pacemaker. His 2-inch device was debuted in testing on dogs in 1958 at the Buffalo Veterans Administration, and eventually, his device was licensed by Medtronic, and the rest, as they say, is history.

Greatbatch, seeing the biggest limitation of his pacemaker device hinge on the 2-year battery life, later acquired the rights to a lithium iodide battery, which would make his design last 10 years or more, and he redesigned it — the original version was potentially “explosive” — and later, his redesigned battery was adapted in countless medical devices, and still is. 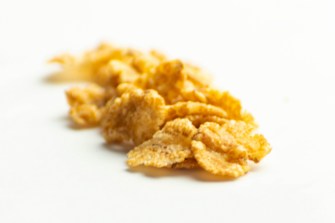 The Kellogg brothers — John and Will — both worked in a Battle Creek, Michigan, sanitarium (what they used to call long-term care). In fact, John was physician-in-chief.

Their religion, Seventh-Day Adventist, preached vegetarianism and avoidance of alcohol as central concepts; as such, the Kellogg brothers sought to find ways to help patients through nutrition.

That’s why they had some dough on hand one day, made up of whole wheat, and accidentally let it dry too much. When that dried mixture was in the process of being flattened, it separated into pieces, or flakes. Like they always did with their doughs and bread mixtures, they heated that in an oven to see what would happen.

A few years later, the base was changed to corn from wheat, and Corn Flakes were born. 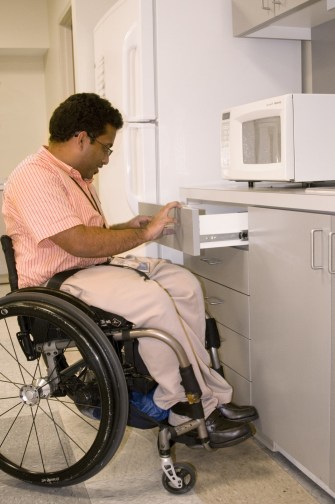 Man in wheelchair preparing to use microwave. Image source: PublicDomainFiles.com

Since they were accidentally invented in about 1945 these devices have changed the way we live.

(Flashback to my college days… after chugging down too many beers at the local bar where bodies were squeezed into tiny spaces and conversations were always shouted into ears, we’d always hit the 7-Eleven and get cheaply-made microwaved burritos. They didn’t suck. Good times.)

Percy L. Spencer, widely known as an electronics genius after his stint in the Navy in WWI, was working for Raytheon in 1939, and his ideas and knowledge about radar helped the company win a government contract to develop the new technology and deploy it as “combat radar.” Especially as WWII was on the horizon, this was actually the second highest priority project for the military only after the Manhattan Project.

Radar arrays use magnetrons — invisible, super-energetic, short-wavelength radio waves that travel at the speed of light — to function, and while testing radar equipment that had such, Spencer felt a strange sensation in his pants.

Specifically, a chocolate bar had melted when exposed to the waves created. He tested other foods, and when he discovered that the waves could pop popcorn all on their own, that was it.

Being the smart man he was, he quickly figured out how to create, patent, and then bring to market his invention. They began life as very large and costly devices, only being used on ships, trains, and in some restaurants; it wasn’t until 1967 that the first commercial microwave was made successfully for home use.

The rest is… convenient and delicious.

From Dazed.com, “Your Guide To A Safe Acid Trip”

On November 16, 1938, Swiss chemist Albert Hofmann was attempting to create an analeptic compound to help people coming out of anesthesia, which also could potentially help premature infants keep breathing properly.

To get there, he attempted to combine the stimulant diethylamide with lysergic acid. Having failed, the experiment was set aside for 5 years.

The next time he returned to it on April 16, 1943. After creating the combination of the two, he accidentally ingested some, probably from a careless fingertip. He described the resultant sensations as being in his journal:

“… affected by a remarkable restlessness, combined with a slight dizziness. At home I lay down and sank into a not unpleasant intoxicated-like condition, characterized by an extremely stimulated imagination. In a dreamlike state, with eyes closed (I found the daylight to be unpleasantly glaring), I perceived an uninterrupted stream of fantastic pictures, extraordinary shapes with intense, kaleidoscopic play of colors. After some two hours this condition faded away.”

Three days later, he dosed himself for an experiment with 250 micrograms of the material, in what forever will be known as Bicycle Day because the trip began while he was riding a bike home. He then freaked out, thought he was dying, summoned a doctor — who, shaking his head after hearing what he’d done, told him he couldn’t help him — and then Hofmann finally settled in for a really pleasant trip and felt wonderful the next day. Also from his journal:

“I could begin to enjoy the unprecedented colors and plays of shapes that persisted behind my closed eyes. Kaleidoscopic, fantastic images surged in on me, alternating, variegated, opening and then closing themselves in circles and spirals, exploding in colored fountains, rearranging and hybridizing themselves in constant flux. It was particularly remarkable how every acoustic perception, such as the sound of a door handle or a passing automobile, became transformed into optical perceptions. Every sound generated a vividly changing image, with its own consistent form and color.” 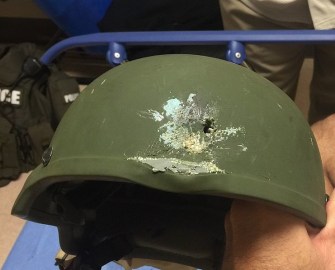 Up until the fairly recent past, many inventions — both accidental and purposeful — created by women were stolen. That, or the role women played in the thing’s creation was downplayed into oblivion.

Not so with Stephanie Kwolek, a chemist at DuPont. In 1965, after being asked by DuPont to create the “next generation” of fibers, she began attempting to create a material that would form stronger, lighter tires for use on vehicles.

She came across something that was lightweight, yet 5 times the strength of steel, and eventually, went on to create Kevlar.

The fibers have saved countless lives since then, in law enforcement, the military, and other places. And variations of it have gone on to be used for suspension bridges, to surround the underground fiber optic internet cables that connect the world, and so many other innovative projects. 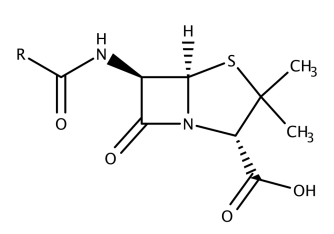 Life before penicillin was much more brutal, deadly, and painful. Everything from pneumonia to rheumatic fever to gonorrhea all the way to blood infections and simple cuts that would lead to gangrene.

In 1928, penicillin was discovered — by Sir Alexander Fleming, a chemist and inventor who was, ironically, trying to create a miracle drug. The petri dish that the first discovered penicillin mold grew in was in a dish that had been left uncovered after other experiments had taken place using Staphylococcus aureus bacterium.

What he found was a ring of mold growth that had apparently killed the staph bacterium. Isolating the new discovery, however, and producing it in mass quantities, took until 1939, just before World War II. 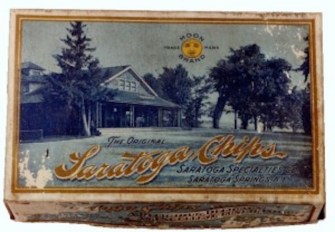 The box that eventually became standard. From OriginalSaratogaChips.com

There are a few different accounts of how potato chips were invented. There are even references to similar edible delights in cookbooks going back to the early 1800s.

But they became popular in upstate New York, near a town called Saratoga Springs, beginning in 1853.

A famous cook at Moons Lake House, George Speck, eventually to be known as George Crum, is said to have invented them one evening when a wealthy patron sent back the mushy slices of potatoes that he first made in exchange for something thinner cut. When the patron sent them back again, Crum sliced them incredibly thin and then fried them in oil and sprinkled salt on them afterward.

The gentleman love them and ordered more. Seven years later, “Saratoga Chips” were all the rage at both that restaurant and the new restaurant that George Crum founded, appropriately named Crums. He would serve them in boxes, and allow guests to take them homes as well.

George’s sister, Katie Wicks, claimed after he passed that she was the one that invented them, from accidentally knocking a thin slice of potato into the deep fryer and then trying it out.

Whichever you believe, this accidental invention soon became the top-selling snack of all time across the United States.

The DART mission tested whether it’s possible to deflect an asteroid by crashing something into it.
Up Next
The Present