Neanderthals’ image has undergone quite an upgrade in recent years. Where we once we thought of them as knuckle-dragging just-slightly-more-evolved apes, we now know that they were not so very unlike us. Evolutionarily more primitive, yes, but not by that much. They buried their dead, painted cave art, developed wooden tools, and even made string. We also know that their genetic traces remain in many modern humans. A new study from researchers at the University of Binghamton in New York State and Universidad de Alcalá in Spain pretty conclusively demonstrates they had the physical apparatus required for speaking and for understanding speech.

“This is one of the most important studies I have been involved in during my career,” says co-author Ralph Quam. “The results are solid and clearly show the Neanderthals had the capacity to perceive and produce human speech. This is one of the very few current, ongoing research lines relying on fossil evidence to study the evolution of language, a notoriously tricky subject in anthropology.”

The study is published in the journal Nature Ecology & Evolution. 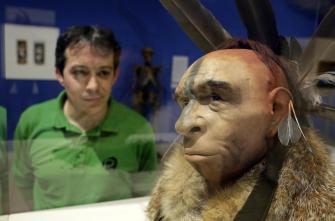 “For decades, one of the central questions in human evolutionary studies has been whether the human form of communication, spoken language, was also present in any other species of human ancestor, especially the Neanderthals,” says co-author Juan Luis Arsuaga.

The key to answering these questions, say the researchers, has to do first with Neanderthals’ physical ability to hear in the frequency ranges typically involved in speech. In addition, while it’s known that these ancient people had the physiological capacity for producing vowel sounds, the new research adds consonants to the Neanderthal repertoire, greatly expanding the possibilities for conveying a wide variety of meaning through the production of more types of sounds.

The Atapuerca Mountains in Spain, the region in which Neanderthal fossils have been foundCredit: Judith Miraut/Flickr

The authors made high-resolution CT scans of fossilized Neanderthal skulls—and skulls from some of their ancestors—found at UNESCO’s archaeological site in northern Spain’s Atapuerca Mountains. These scans served as the basis for virtual 3D models of the fossils’ ear structures. Similar models of modern human ear structures were also created for comparison purposes.

Auditory bioengineering software assessed the hearing capabilities of the models. The software is capable of identifying sensitivity to frequencies up to 5 kHz, the midrange and low-midrange frequencies at which homo sapien speech primarily occurs. (We can hear much higher and lower frequencies, but that’s where speech lies.)

Of particular importance is the “occupied bandwidth,” the frequency region of greatest sensitivity, and therefore the spectrum most capable of accommodating enough different audio signals to represent a multitude of meanings. The occupied bandwidth is considered a critical requirement for speech since being able to produce and hear many different sounds—and understand their many different meanings—is the cornerstone of efficient communication.

Compared to their ancestors, the Neanderthal models turned out to have better hearing in the 4-5 kHz range, making their hearing more comparable to our own. In addition, the Neanderthals were found to have a wider occupied bandwidth than their predecessors, again more closely resembling modern humans.

Lead author of the study Mercedes Conde-Valverde says, “This really is the key. The presence of similar hearing abilities, particularly the bandwidth, demonstrates that the Neanderthals possessed a communication system that was as complex and efficient as modern human speech.” 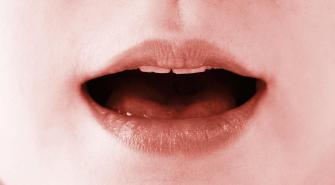 The study also suggests that Neanderthal vocalization were more advanced than previously thought. Says Quam: “Most previous studies of Neanderthal speech capacities focused on their ability to produce the main vowels in English spoken language.”

However, he says, “One of the other interesting results from the study was the suggestion that Neanderthal speech likely included an increased use of consonants.”

This is important, since “the use of consonants is a way to include more information in the vocal signal and it also separates human speech and language from the communication patterns in nearly all other primates. The fact that our study picked up on this is a really interesting aspect of the research and is a novel suggestion regarding the linguistic capacities in our fossil ancestors.”

The study concludes that Neanderthals had the physiological hardware to produce a complex range of vocalizations, and the ability to understand them through ear structures not very unlike our own. This fits neatly with other recent insights as to the sophistication of the Neanderthals, a people who now seem to have been developing an expansive set of advanced capabilities simultaneously.

The authors of the study have been investigating the Neanderthals for almost 20 years, and others have been at it even longer. The work continues, and the study’s publication marks a significant milestone in the much longer journey.

“These results are particularly gratifying,” says co-author Ignacio Martinez. “We believe, after more than a century of research into this question, that we have provided a conclusive answer to the question of Neanderthal speech capacities.”

Some of the most popular “anti-aging” diets show promise in rodent studies. But are they effective for humans?
Explain It Like I’m Smart

What would you do differently if you listened to your true desires?
▸
5 min
—
with
Luke Burgis
Health

An evolutionary biologist explains why you probably won’t grow a tail.
Life

Social conflicts can leave molecular marks on animals, according to recent research on the ant species Harpegnathos saltator.
Up Next
The Present

Learn a foreign language with over 40% off Rosetta Stone