One of the oldest activities carried out by humans has been identified in a cave in South Africa. A team of geologists and archaeologists found evidence that our ancestors were making fire and tools in the Wonderwerk Cave in the country’s Kalahari Desert some 1.8 million years ago.

A new study published in the journal Quaternary Science Reviews from researchers at the Hebrew University of Jerusalem and the University of Toronto proposes that Wonderwerk — which means “miracle” in Afrikaans — contains the oldest evidence of human activity discovered.

“We can now say with confidence that our human ancestors were making simple Oldowan stone tools inside the Wonderwerk Cave 1.8 million years ago,” shared the study’s lead author Professor Ron Shaar from Hebrew University.

Oldowan stone tools are the earliest type of tools that date as far back as 2.6 million years ago. An Oldowan tool, which was useful for chopping, was made by chipping flakes off of one stone by hitting it with another stone. 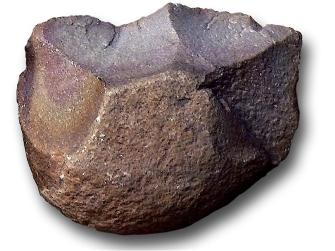 Professor Shaar explained that Wonderwerk is different from other ancient sites where tool shards have been found because it is a cave and not in the open air, where sample origins are harder to pinpoint and contamination is possible.

This is significant because examples of early fire use usually come from sites in the open air, where there is the possibility that they resulted from wildfires. The remnants of ancient fires in a cave — including burned bones, ash, and tools — contain clear clues as to their purpose.

To precisely date their discovery, the researchers relied on paleomagnetism and burial dating to measure magnetic signals from the remains hidden within a sedimentary rock layer that was 2.5 meters thick. Prehistoric clay particles that settled on the cave floor exhibit magnetization and can show the direction of the ancient earth’s magnetic field. Knowing the dates of magnetic field reversals allowed the scientists to narrow down the date range of the cave layers. 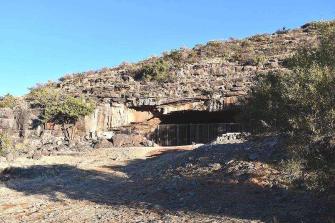 Professor Ari Matmon of Hebrew University used another dating method to solidify their conclusions, focusing on isotopes within quartz particles in the sand that “have a built-in geological clock that starts ticking when they enter a cave.” He elaborated that in their lab, the scientists were “able to measure the concentrations of specific isotopes in those particles and deduce how much time had passed since those grains of sand entered the cave.”

Finding the exact dates of human activity in the Wonderwerk Cave could lead to a better understanding of human evolution in Africa as well as the way of life of our early ancestors.

“Tristram Shandy” trolled its way to fame.
Up Next
Life

Roughly the size of a thumbnail, this newly discovered toadlet has some anatomical surprises.