We know that at some point long ago there were wild wolves who became companions for humans, and eventually evolved into dogs. The oldest verified dog remains, found in Germany, are from 15,000-16,000 years ago. Much of the story remains mysterious, though. Where it happened, for example: There are reports of dogs in ancient Siberia, in Europe, and the Near East. There are signs of pooches in the Americas some 10,00 years ago. Are all these dogs connected? And how did they become human companions in so many places and cultures?

A new study of ancient human and dog DNA, considered apart and together, published in the journal Science, fills in some of the missing pages in this long-running love story.

“Dogs are our oldest and closest animal partner. Using DNA from ancient dogs is showing us just how far back our shared history goes and will ultimately help us understand when and where this deep relationship began,” says one of the study’s contributors, Human Evolutionary Biologist Greger Larson of the University of Oxford in the UK. 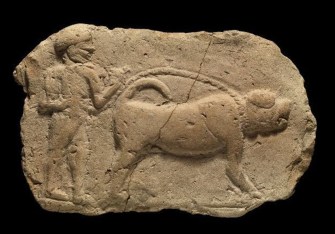 The research is the product of a collaboration between Larson and paleogenomicist Pontus Skoglund of the UK’s Francis Crick Institute. Skoglund is an expert in canine evolution, working with teams at both institutions as well as the University of Vienna.

The researchers analyzed DNA from over 2,000 sets of canine skeletal remains, some of which dated back as far as 11,000 years. Working with ancient DNA from Siberia, Europe, and the Near East, the researchers were able to add 27 newly sequenced dog genomes to the previously sequenced five.

The researchers compared the canine DNA to the genomes of 17 human individuals who lived during the same time frames in search of common influences that might further establish their connection. Indeed, correspondences were seen that reflected the impacts of humans bringing their dogs along with them as they migrated around the world.

They found that Swedish farmers and their dogs are both descended from canines of the Near East, suggesting that man and dog followed the development of agriculture together through Europe. On the other hand, German farmers 7,000 years ago came from the Near East, but their dogs didn’t. 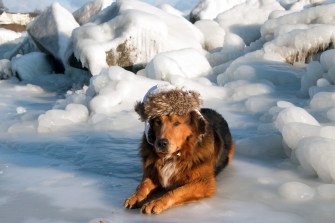 Based on their analysis, the scientists assert that by 11,000 years ago, just after the Ice age, there were already five distinct families (or lineages) of dogs, so the German remains were no outlier. These lineages eventually developed into later lines.

Some of this occurred through interbreeding with other dogs and also through mating with their wild wolf cousins. Comparisons between ancient dog and wolf DNA revealed a surprise: Wolves picked up DNA from dogs, but, at least judging by the remains available, there was little or no gene flow back in the other direction. Larson suggests to Science that the evidence may have been tampered with, so to speak — if a dog started behaving like a wolf, its human may well have simply gotten rid of it.

Anders Bergström is the lead author of the study, and he points out a mystery it reveals: “If we look back more than four or five thousand years ago, we can see that Europe was a very diverse place when it came to dogs. Although the European dogs we see today come in such an extraordinary array of shapes and forms, genetically they derive from only a very narrow subset of the diversity that used to exist.” Why — and how — one line of dogs so dominated early Europe as to wipe out other lineages remains a mystery. The researchers found no human development that mirrors, or could explain, this event.

It’s fun to realize that ancient dog lineages persist to this day. It turns out Chihuahuas have traces of ancient American dogs, and Huskies bear traces of their cold-weather ancestors. Skoglund tells Science that on any given day in a modern dog park, you may be looking at lineages that date back 11,000 years.

It’s likely that subsequent research will reveal even more. Says co-author and University of Vienna group leader Ron Pinhasi, “Just as ancient DNA has revolutionized the study of our own ancestors, it’s now starting to do the same for dogs and other domesticated animals. Studying our animal companions adds another layer to our understanding of human history.”

Population growth is driven by three changes: Fertility, mortality, and migration.
Up Next
Neuropsych

“Such studies will lead to a better understanding of brain development in both autistic and typical individuals.”