The Meanings of American Decline 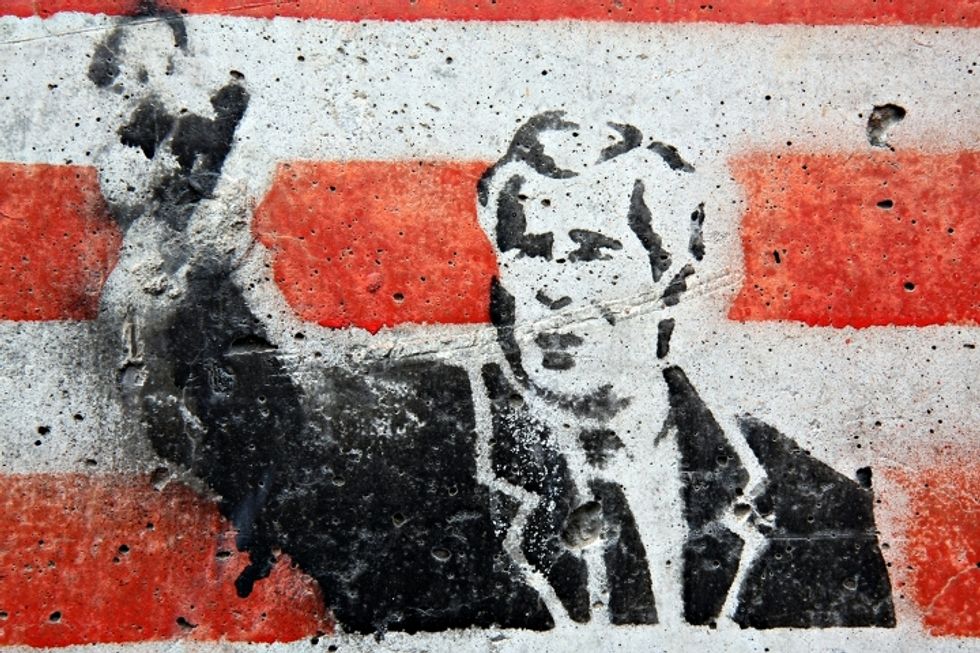 A new Pew poll, and the global perception captured in the chart below, leads Ali Wyne, a fellow Big Thinker, to inquire in an interesting post about the meaning of the idea, recently in vogue, that the U.S. is in decline.

[T]he more that folks opine on the question of American decline, the more I wonder what the question means. For starters, I’d deconstruct “Is America in decline?” into at least three sub-questions:

Before offering my reflections on the idea of American decline, let's take a moment to note that China isn't even close to America in absolute economic terms. In terms of GDP, China's economy is about half as large as America's. So the perception that it is now the world's leading economic power is pretty interesting. When China finally catches up depends on your assumptions about growth and inflation rates. This little widget from The Economist allows you to plug in your own assumptions and see the date of convergence. What's more telling is the chart further down the same page. China is now the world's largest manufacturer and the largest consumer and importer of a fair number of goods, and so quite sensibly looms larger than the U.S. in countries that export, say, raw materials for steel production, and in countries that import more Chinese than American goods. Obviously, the less a country depends on American goods, and on American demand for its goods, the less America matters to that country, other things equal. When dependence on American trade decreases in many economies at once, there's a clear sense in which America matters less in the world, even if the U.S. share of world GDP has remained remarkably steady, which it has.

In terms of geopolitical heft, I think the economic story is sort of obvious. It's about relative influence, and that's not simply a matter share of global GDP. It's also about how important the American market is to the rest of the world, about the extent to which countries can literally afford to ignore the U.S. An increasingly competitive global market means the a loss of market power for the U.S. It just does.

Now, the international affairs folk are way more interested than I am in the ability of the people in control of the American state to impose their will upon the rest of the world, or, as Wyne puts it, to "achieved desired geopolitical outcomes." I think that's the metric those people are after. Some think "share of global defense spending" tells us something important about achieving desired geopolitical outcomes, and I can't say it doesn't. But the money thrown at the death-dealing industries is rather less important than the credibility of the threat all that expenditure is supposed to add up to, and nobody knows how to measure that, and thus nobody knows how to measure the ability of states to achieve (somebody or other's) desired geopolitical outcomes through the threat of violence.

If you're a state, your effective relative power in the global anarchy depends to a distressing degree on what sportscasters like to call "intangibles." This is especially so if, like the U.S., you always want to play the face and never the heel. How much "legitimacy" do you have in the "international community"? Where do you stand with your own people? Do they feel cash-strapped and ground down by pointless recent wars? My sense is that the American state is not in the best of shape in terms of these intangibles -- in terms of what you might call its "moral capital."

In terms of America's sense of itself, perceived relative global position matters a good deal. Do Americans feel that their country is where the future is happening now? This is not important. That America's where it's at is a central part of American identity. But I'm not sure this matters more than absolute domestic economic health. Americans are in fact suffering a nasty bout of the blues, and not because Chinese GDP is going to converge with American GDP some time in the next decade, but because Americans recently discovered that we're less wealthy than they thought they were, we're not getting richer, and increasing prosperity is nowhere on the horizon--not for most of us, at least. Some of us want to blame the Chinese, or somebody, but it's not really anybody's fault we've lost a bit of our economic mojo and the corresponding sense of cultural vitality. And if Benjamin Friedman is right, and I suspect he is, a widespread sense of economic stagnation leads to a slowdown, if not reversal, of progressive social change. When our culture becomes in some ways more truculent, possessive, and defensive, that can feel like decline, because it is. Some of this is cyclical, but some of it isn't.

This is what I find interesting. But for those who insist on very serious global realpolitik, surely this domestic sense of retrenchment, embattlement, and ennui has something to do with America's power to get what it wants globally.

We can also measure American decline personally, one by one. Here are my tests. If traveling abroad, how tempted am I to say that I am Canadian? How often do I wonder whether I might be more likely achieve what I would like to achieve elsewhere? On this basis, the prognosis is mildly negative. How's it looking where you sit?