Taxes and Justice: It is Your money

It's just willful silliness to argue that questions about how much of "our money" the government can take is logically incoherent. 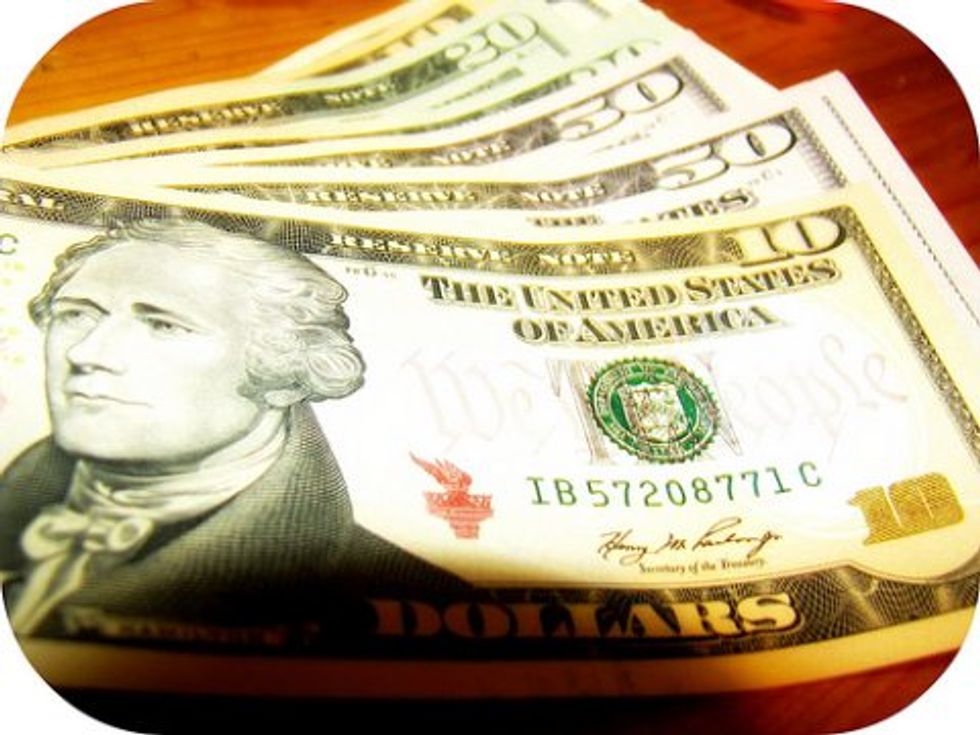 I'm reading Robert Frank's new book, The Darwin Economy, which is mostly familiar if you've ever read any of Frank's many previous books, but it does contain some new stuff. The following passage put me in mind of Elizabeth Warren's (in)famous "marauding bands" video:

Each year as the April 15 tax filing deadline draws near, wealthy libertarians mount the stump in high dudgeon to denounce government for seizing money that is rightfully theirs. They might do well to reflect briefly on the fact that no matter how talented and industrious they are, they wouldn't have had any significant wealth to seize in the first place if they'd grown up in a country like Nepal or Somalia. The infrastructure that made their wealth possible was paid for by taxes. Much of that wealth is thus an unearned return on investments made by others.

I'd refine this a bit.

Second, the difference between Nepal or Somalia and France or America that explains why the latter pair of countries are rich while the former pair are poor is not "infrastructure" except in the most attenuated sense. The full slate of liberal institutions that account for most first-world wealth--the rule of law, private property, well-functioning market institutions, representative democracy--can't be bought with tax money. Not to say it hasn't been tried. The West continues to spend a bit of its tax money trying to buy the liberal institutions of peaceful wealth-creation for countries like Bhutan, Somalia, Iraq, Afghanistan, and so forth. It doesn't work.

So, if you live in a wealthy country and made some money last year, there is some sense in which much of that wealth is an "unearned return" on your cultural patrimony. Does that have any implications for what counts as "your money"? I doubt it.

As my former colleague Tom Palmer likes to point out, nobody could make any money at all if they didn't have any food to eat, but that doesn't imply that any of us owe farmers a penny more than we already paid for our grub. If it turns out we can't buy the institutional infrastructure "that makes our wealth possible" in exactly the same way we buy the food "that makes our wealth possible," we'll need to buy it somehow. Taxation seems like a good way to do that. But the fact that it might be necessary to have a government that forces you to pay for some necessary public goods doesn't mean it's not "your money" you're paying with. The money I spend on bacon didn't really belong to pig farmers all along.

Frank is led astray by two prominent contemporary political philosophers, Liam Murphy and Thomas Nagel. He quotes their book The Myth of Ownership at length:

The question How much of "our money" may the government take in taxes? is logically incoherent, because the legal system, including the tax system, determines what "our money" is. The real moral issue is how the legal system that governs property rights should be designed, and with what goals. What kinds of markets will best promote investment and productivity? What goods, at what level, should be provided by collective public decision and which goods by private individual choice? Should all citizens be guaranteed a minimum level of economic protection? To what extent should equal opportunity be publicly supported? Are large social and economic inequalities morally objectionable, and if they are, what may legitimately be done to discourage them?

All these questions are excellent questions. But it's just willful silliness to argue that questions about how much of "our money" the government can take is logically incoherent. I mean, really? If there are institutions that determine how much money you get, it's not really your money you got? This somehow reminds me of the argument philosopher David Stove called “the Gem,” and crowned with thorns as the worst argument in the history of philosophy: If the mind has a nature, then we cannot know reality as it is. Compare: If you can make money at all, then it can't really be yours.

Anyway, in the magnificently monumental The Order of Public Reason, Jerry Gaus nails what's wrong with Murphy and Nagel's argument:

If the state is in the business of determining the shape of property, it may seem that everything it does – including taxing as it sees fit – is part of this job of specifying property rights. If so, it might appear that nobody could be in a position to argue that the state is taking away his property since until the state specifies it, there really is no effective right to property. There is, in this way of thinking, no Archimedean point outside of the state’s determinations of your property rights (or any other rights?) from which to criticize the state’s legislation, in particular its revenue legislation, as taking away what is yours, for its decisions determine what is yours.

This conclusion does not follow from recognizing that effective property rights are conventional and depend on the state. All laws are to be justified. This justification occurs against a background of one’s already justified rights, what I have called the order of justification. Now property rights, if not the most basic rights in the liberal order of justification, are certainly prior to many state laws and policies such as, say, funding museums. Hobbes, Locke, Rousseau, and Kant all recognized that distinguishing “mine” and “thine” is one of the first requisites of an effective social order. In seeking to fund museums, representatives of the state cannot simply say that citizens have no entitlement to their incomes because they, the representatives, determine property rights, and so they may tax for these purposes without justification. “Without us, there would be no property, so you have no property claims against us!” Once property rights have been justified, they form the background for further justifications; they can be justifiably overridden in order to tax, but this must be justified.

It is your money. And, if you ask me, it's justified for the state to take some of it to finance necessary public goods. But that doesn't mean it wasn't yours. And that doesn't mean it's "logically incoherent" even to raise the question of how much the state's justified in taking. Asking and correctly answering that question is a requirement of a just political order. Finally, if the state takes more than is really justified, you're perfectly right to bitch about it.

... public conversations among elected officials about taxes of any kind are typically stopped in their tracks by 'It's your money...' incantations from the right. Our inability to pursue those conversations has made us all poorer.

This is both false and uncharitable. Folks on the right love to talk about the "Fair Tax" or ideas like Herman Cain's "9-9-9" plan. (Those numbers are tax rates, and none of them are zeros.) Libertarian ideologues aside, everybody recognizes the need to finance government spending with taxes. I truly doubt progressives do themselves any favors responding to perfectly justified "It's your money..." rhetoric with a bad philosophical argument that says "No, it really isn't."