The Only Place in the Universe 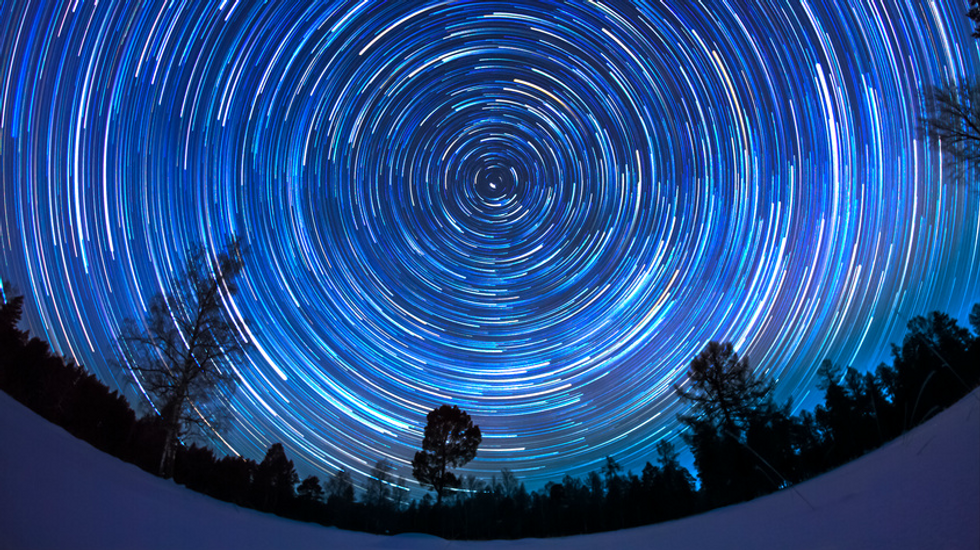 I had my first spiritual experience when I was 16 years old. I was sitting up late one night having a conversation with my mother about something I can’t remember, when for no apparent reason, the doors of perception opened WIDE. In no time I was swept up in an ocean of ecstasy that seemed infinite. I also experienced many insights that unfolded one after the other.

One of them was very interesting. It became apparent to me that all points in space are exactly the same place. In other words, from the temporarily enlightened perspective I was experiencing that evening, it became obvious that no matter where I went on earth or in the universe, at the deepest level, I would always be in exactly the same place.

At the time, intellectually, I had no idea what this meant. All I knew was that from this state of heightened awareness, what I was perceiving was absolutely true. Many years later, I came to understand what the universe was revealing to me that evening. The Buddha called the deepest dimension of the Self, and the deepest dimension of Reality, the “Unborn” or the “Uncreated.” In his profound teaching of meditation, the direct experience of this depth dimension was the source of spiritual liberation. In the Khuddaka Nikaya, the Buddha declared:

The world of manifestation, the evolving universe, is believed to have emerged from primordial emptiness fourteen billion years ago. Through the experience of deep meditation, it’s actually possible to awaken to and touch directly upon that primordial emptiness that is the foundation of all of reality. Modern spiritual masters call that depth dimension the “Ground of Being.” In that ground, there is neither time nor space. Because there’s no time or space, there is no history. Because there is no history, there is only freedom. There’s only freedom, because at that deepest level, the universe has not yet been created. Nothing has happened yet, and therefore nothing could be wrong.

Deep meditation and enlightenment experiences give access to this timeless, formless dimension of infinite Being. As one cultivates this spiritual capacity, one begins to spontaneously have unusual kinds of feelings, sensations, and insights.

One manifestation of this primordial depth dimension has become a common occurrence in my own life. I’m a spiritual teacher, and I spend a great deal of time travelling around the world. More and more, I have the mysterious sense of not going anywhere as I move from place to place, from country to country, and from continent to continent. It’s as if the planes, trains, cars, houses, and hotels are all part of a passing show that’s happening “out there” somewhere. In here, in my subjective awareness, there’s a growing sense of non-movement.

When I used to travel from one continent to another, I would experience emotional responses to the different cultures I found myself in. Now when I travel from Boston to Delhi or from Amsterdam to Vancouver, I experience very little or no emotional response, even if the place that I have arrived holds much poignant history for me personally. This experience echoes the Buddha’s description of the “Unborn.” As he said, it is a state where there is “neither coming nor going nor standing; neither death nor birth. It is without stability, without change; it is the eternal which never originates and never passes away.”

Last week, one of my closest friends and students—someone who I’ve known for nearly thirty years and a spiritual teacher in her own right—moved from my center in western Massachusetts, where we’ve worked together for the last fifteen years, to live in Philadelphia where she and her husband intend to spark a new spiritual community in the City of Brotherly Love. Two days after she arrived in her new home, she called me and said, “I don’t feel like I’ve gone anywhere.” And I said, “You haven’t.”

When we meet other human beings at this level of depth, we have this same kind of experience of timelessness. Last weekend, I was invited by another spiritual teacher to visit him and his wife at their farm in Kentucky. We’ve known each other through correspondence, but had never actually seen each other in the flesh. The moment we met at the airport, it was like we’d always known each other at the deepest level. Instantaneously there was ease-of-being, profound trust, and love.

The Buddha was right. There is an escape from alienation, separation, and fear, and that escape is the awakening to the deepest dimension of our own self.

Andrew will be speaking and leading retreats across Europe and the US this spring, including: London, Oslo, Paris, Copenhagen, New York, and Boston. Click here to see his full schedule.