Leonora Epstein On The Difference between Gen Y and Gen X 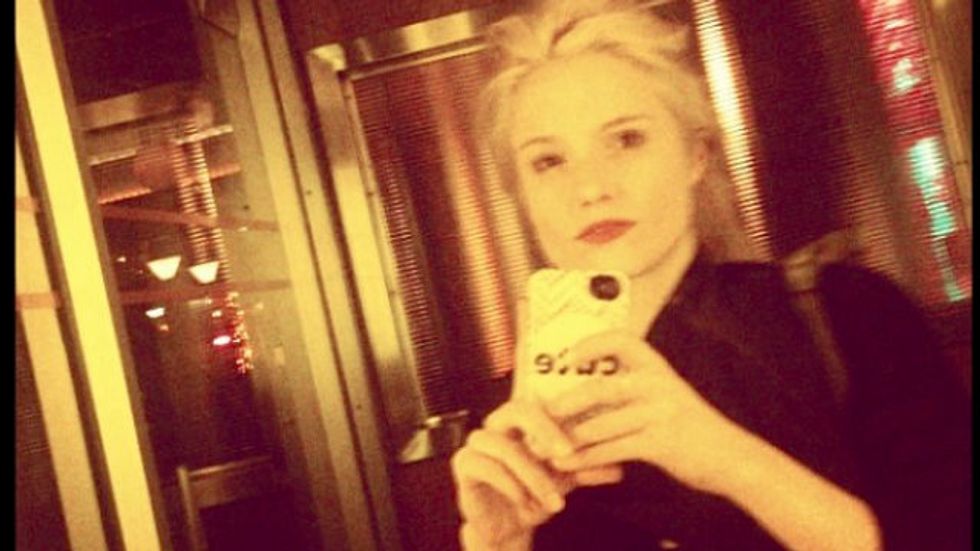 If Hannah Horvath is really the voice of Generation Y, it must be a fairly self absorbed generation indeed. It’s more hopeful to think that it might be found in Leonora Epstein. Her recent book X vs. Y: A Culture War, A Love Story (written with her Gen X sister Eve) paints a more optimistic picture for Millennials. We talked to her about who they are, how they compare to their Gen X counterparts, and what’s ahead for the generation.

Do you buy into the description of Gen Y presented in "Girls"?

I don't think Hannah Horvath is the voice of our generation, but I do think Lena Dunham is a voice of Generation Y and has become something of a poster girl for our crowd, which inevitably comes with its own failings. The thing is, it's not like Gen Y doesn't have its fair share of prominent figures, it's just that she's the only one who's speaking directly to our generation with clear intention and presenting reflections of ourselves in such a raw manner. I don't think Lena Dunham intends to speak for all of us though, and she doesn't. I have a lot of respect for her work.

What qualities do Gen Yers have that are lacking in Gen X? Why do you imagine we possess those qualities when Gen X doesn't?

I suppose we're more confident. There's this side to Millennials that's very self-promoting, and we can be very invested in our dreams of running our own start-ups — even when those dreams are incredibly far-fetched. Gen Xers tend to err on the side of cynicism. Maybe things would be different had they grown up with the Spice Girls.

Going along with the notion that they’re able to see through some dreams that seem far fetched, Gen Y seems like they excel in some innovative fields like tech, or jobs that allow them to come up with their own schedules. How much of that seems attributable to our collective personality and how much to graduating during the great recession?

As for working within a flexible schedule: I think the recession had a lot to do with the new Millennial working class. For so many of us, the luxury of a full-time job with health insurance and benefits has never been an option and our professional landscape has become incredibly complicated. I sometimes think we don't get enough credit for how hard we work and how, for so many of us, we've been constantly hustling since entering the workforce. So you see people trying to create their own solutions to the problem, and it might not look like a traditional "job." And this tends to mean your parents have no idea what you do.

As for Millennials in tech: Gen Xers perhaps didn't realize what a favor they were doing us by being the first pioneers in that industry. Because while they were figuring out new technologies as adults, Millennials were the ones using those technologies comfortably from a young age, and so we've grown up with a different understanding of the web, so our lives developed in tandem with new technologies. Also, if you work at a start-up, your parents still have no idea what you do.

Where do you think we're headed as a generation, and how will we be remembered? The Greatest Generation is remembered for fighting in WWII, the Baby Boomers for advancing social movements, Gen X for… really, really good music. If you were to gaze into a crystal ball, what do you see ahead for Gen Y?

The hard thing about edifying Gen Y is that we've recently entered a territory that's blurred the tail end of our generation with the next one. (People often refer to teens now as Millennials, but I feel that's inaccurate. Gen Y and Millennials are the same thing.) So until there's a real delineation between the two, I'm wary to give Gen Y a definition, because it could be one that's constantly changing. I suppose one thing that's emerged is championing the "90s Kid" — the child who grew up on Nickelodeon slime, got in trouble in AOL chat rooms, ate too many blue raspberry candies, and watched too much "Full House."