The weekend, that magical place where most of our free time resides: those sixty-three beautiful hours between when we leave work on Friday and when drag ourselves back in on Monday. Many of us plan our lives around the organization of the week, prioritizing work five days of the week and then placing social, personal, and enjoyable events on those two days we genuinely have to ourselves.

But, why? Where does the weekend come from?

A week doesn’t actually correspond to anything material. While a year is the time it takes the Earth to go around the Sun, and a month is about the time it takes for the lunar cycle to complete, a week is just a set of seven days. Then we decided we would have two of those days off.

Whose bright idea was that?

According to Katrina Onstad in her book The Weekend Effect: The Life-Changing Benefits of Taking Time Off and Challenging the Cult of Overwork, the idea of a fixed day of rest every few days was probably the invention of Judaism, which requires a day of rest and worship each week. Similarly, the Romans had a market day every eighth day which also allowed the working class to take a day off.

In the 17th century, the idea of working men taking Monday off to spend their money, which was often paid on Saturday, was accepted if unofficial. The practice of “Saint Monday”—both for debauchery and recovery from it—was widespread. In his autobiography, Ben Franklin noted with no small sense of self-righteousness that he was able to impress his boss just by showing up on Mondays. 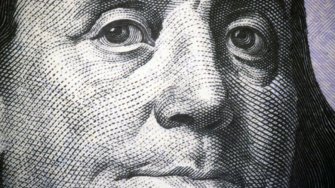 Why do we have Saturday and Sunday as our weekend today?

In the 19th century, an ever-increasing number of British factories gave their workers a half day off on Saturday with the understanding that they would come in sober on Monday. The labor movement helped expand this to a full day after decades of campaigning for fewer hours.

In 1908 a textile mill in New England set a precedent in the United States by giving all employees a five-day week. This was done to settle issues resulting from Jewish workers not being available on the Sabbath and the Christian staff demanding the same treatment. Other factories slowly began to move towards the model as the labor movement rallied behind the idea.

In 1938, the Fair Labor Standards Act gave Americans the modern 40-hour five-day work week as a response to both increasing labor power and stubbornly high unemployment rates. Americans have not seen their hours decrease since then, despite predictions they would from Congress. The five-day week was adapted across Europe by the 1970s.

Does anybody use different days than Saturday and Sunday for the weekend anymore?

Historically, many Islamic nations have used Thursday and Friday as their weekends. This tendency is fading, however, as many nations switch to the western model to help simplify business interactions. Since many practicing Muslims still require extra prayer time on Fridays, a model where extra break time is allotted on Friday exists in many places.

What kind of changes might be on the horizon?

While there have always been people in professions that must work while others rest, the rise of the gig economy is making the weekend seem ever more arbitrary. This was noticed even in the 1990s when the number of people working long weeks began to climb.

On the other hand, experiments in the potential of a four-day week are becoming more common, with a Scandinavian experiment showing promising results. While the predictions of ages past that we would be enjoying a 15-hour work week by now and have trouble filling our spare time were inaccurate, the advance of technology makes that dream ever more possible.

Despite both the week and the weekend being arbitrarily defined, the idea of a day or two of rest each week has a long history. Our modern idea of the weekend came into existence as a result of industrialism. Will it change with the economy? Is it doomed to pass into history? Or will we keep the weekend and bend the economy to it?

I for one think these questions can be answered on Monday.

Related
Starts With A Bang
Ask Ethan: What are white holes, and do they really exist?
In General Relativity, white holes are just as mathematically plausible as black holes. Black holes are real; what about white holes?
Life
Strange life forms create an “alien” ecosystem in an abandoned uranium mine
Slimy biofilms made up of bacterial and eukaryotic life forms have taken over an abandoned, flooded uranium mine in Germany.
Hard Science
Earth has an eerie “sodium glow,” and astronomers use it to image stars
Air currents in our atmosphere limit the resolving power of giant telescopes, but computers and artificial stars can sharpen the blur.
Health
How saliva changes the flavor of food
“It’s a liquid, but it’s not just a liquid.”
High Culture
Why are flood myths so common in stories from ancient cultures around the world?
Could the prevalence of flood myths around the world tell us something about early human migration or even the way our brains work?
Up Next
Technology & Innovation
Is it ethical for A.I. to have a human voice?
Google’s recent AI technology that can mimic humans is raising ethical concerns.