We tend to think that philanthropy is good in itself. Giving money to those in need is surely a laudable act, worthy of praise and by no means criticism. But what if the ways we choose to donate money are misguided? To paraphrase the catchy title of a rather controversial book, what if there were ways we could do good — better?

Philanthropy advisor and author Caroline Fiennes thinks the way we do philanthropy is deeply flawed. To prove her point, she takes none other than Mark Zuckerberg as a (bad) example.

In 2010, the Facebook CEO and co-founder announced in front of a live audience that he would donate no less than $100 million to fix the schools in Newark, New Jersey. The charitable act turned out to be a failure, as judged by one close observer, as most of the money was wasted and students did not get the support they needed.

Why did this happen? Simply put – because we do not know how to “donate well.”

Not enough research is being done. Fiennes cites the only few studies available on donor effectiveness, which have all pointed to “leaks” in the philanthropy system. Money is squandered on hiring consultants, drawing up proposals, and managing grants.

We look too much into how worthy the receivers are of the donation, but don’t investigate the effectiveness of the philanthropists. The negative consequences are suffered unilaterally. As Fiennes puts it:

“Funders are rarely punished for under-performing and usually don’t even know when they are: if the work that they fund helps one child but could have helped ten, that ‘opportunity cost’ is felt by the would-be beneficiaries, not by the funder.”

What can we do to fix it?

So what can we do to make a “successful” donation? And importantly, how do we define “success”?

In a long-term analysis of philanthropic practices that Fiennes conducted together with Dr. Helen Owen, the authors define success in relation to the question: “To what extent has the engagement met or exceeded the goals with which it began?” If the intervention exceeded or met most of the goals, then we are dealing with a successful act of philanthropy.

Three questions should be enough to help donors figure out whether their philanthropy is working, Fiennes says.

First, they should ask themselves how many of their funding grants achieve their goals – or what Fiennes calls the “donor’s hit rate.”

Secondly, how much of the money goes to bureaucratic activities such as drawing up proposals and reports for the donor?

Finally, are the recipients happy with the donation, i.e. have the goals of the grant been met?

Successful philanthropy starts with asking the right questions. Apart from the three main ones above, there are other several key aspects of giving that need more scrutiny.

For example, we tend to think the bigger the grant, the better, but Fiennes’ 10-year-long analysis revealed that the size of the grant has little to do with the success of the donation. Other studies also suggested big grants were no better than small ones. So when do large grants work better than small ones? And does the nature of the work involved play a role?

Specialization is another key issue. Should funders give money to a wide range of causes, or should they hone in on a single one? Little is known about the link between specialization and philanthropy, Fiennes points out. 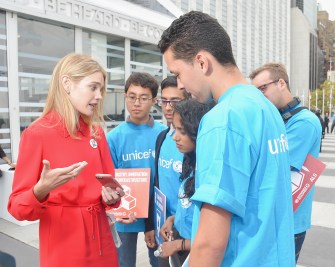 Finally, what’s the best way to select grantees? And what role do our biases play in choosing the best candidates? The human brain is riddled with cognitive biases, and so are our interviewing practices: whether the interviewee tends to answer in a socially agreeable way because of the “social desirability” bias, or the interviewer picks out the candidate they like most because of their subjectivity or gender bias – qualitative research may not be the best way to decide who to award the grant to.

We need to start treating philanthropy more like a science, Fiennes says. Her appeal echoes Peter Singer’s “effective altruism” – the ethical movement that uses science to maximize the impact of charity giving.

“When medicine became a science, health and longevity increased,” Fiennes writes. “Similarly, a science of philanthropy could reveal principles about which ways of giving are most successful. “

But how can science tame the deeply human aspects involved in philanthropy? Watch Katherina Rosqueta, the founding executive director of the Center for High Impact Philanthropy at the University of Pennsylvania, explore the reasons behind philanthropy and discuss the connection between the personal journey of commitment and high-impact giving.

Japan just opened to tourists for the first time since the coronavirus pandemic began, echoing the island country’s isolationist policies during the feudal era.
Up Next
Politics & Current Affairs

Why CO2 from Volcanoes Is Definitely Not the Issue

Do volcanoes contribute a significant amount of CO2 to the atmosphere compared to humans?