We still hold onto Enlightenment ideals such as, that all problems can be solved with the use of the intellect, logic, mathematics, and the scientific method. As a result, millions across the world have been lifted out of poverty, saved through medical science, fed through advances in agriculture, and are connected like never before, through computers and communication technology. Despite all these innovations, Oxford mathematician Marcus du Sautoy in his latest book, argues we may be reaching science’s limit on a number of  different fronts.

Science and mathematics have, at least for now, already reached certain limits. Whether we’ll ever be able to overcome or accommodate them, no one really knows. In quantum mechanics there is The Heisenberg Uncertainty Principle, which states that you can measure a particle for location or momentum but not both. Why has been an utter mystery, but not without hypotheticals. One includes the theory of the multiverse—that these are two phases of the same particle, each residing simultaneously in two different universes.

General relativity also has a limit, the speed of light. Nothing can travel faster than it. Then there’s physics in general. There are inconsistencies between general relativity and quantum mechanics which have yet to be rectified, before we can have a unified theory of the universe or a “theory of everything,” what’s considered the field’s  “holy grail.” Some believe String Theory might hold the answer. But there are so many versions of it and no way to test them. 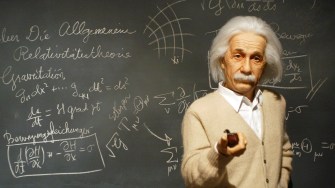 Einstein caused a great paradigm shift in physics. Will we see the next great leap in the 21st century? Getty Images.

Limits were reached not in just physics, but logic and mathematics too. Consider Gödel’s Theorem. Here, you cannot prove certain items true even though all implications point to them being true. Most things we can plug into mathematical models get a yes or no answer. But even the most advanced computer will have questions it cannot resolve, statements which it cannot evaluate as true or false. Gödel’s Theorem is confusing, even for experts. But what’s certain is that assertions will always exist.

In 1996 science journalist John Horgan published The End of Science, which triggered intense debate. Horgan argued that there would be “no more great revelations or revolutions, but only incremental, diminishing returns.” We’ve seen technology develop at a fantastic rate.

Yet, real earthshattering scientific breakthroughs in our understanding of nature and the universe are becoming more expensive and harder to come by. Horgan wrote in a follow-up, a decade later that “scientists are unlikely to discover anything surpassing the Big Bang, quantum mechanics, relativity, natural selection, or genetics.”

Of course there are still fundamental questions left unsolved, like where did the universe come from and what happened before the Big Bang? This begs the question, Will there be mysteries that humanity will never solve? In his new book: The Great Unknown: Seven Journeys to the Frontiers of Science, Marcus Du Sautoy takes Horgan’s claims a step further. He outlines seven “edges” which we may push against, but never reach past. 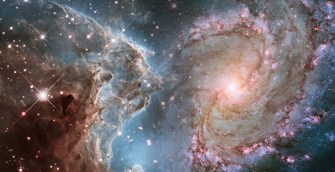 Is there an edge to the universe or in our understanding of it? Pixababy.

Consider whether the universe is truly infinite. Since light can only travel so far so fast, we may never be able to know, because it’ll take light from outside of the universe too long to reach us. Time is another one. Newton considered time an absolute.

Then Einstein came along and found out that it is actually related to things like velocity and gravity. Today, physicists wonder if time is a substance, a dimension, or what’s being called emergent phenomena—a result of our interaction with objects, which we interpret as a flowing past?

Consciousness is yet another edge. Will we ever know where it’s located in the brain? Yet another is, if we’ll ever predict the future. We still can’t say for certain what number a roll of the dice will land. According to Du Sautoy, we never will.

There seems to be an agreement that the really dramatic breakthroughs have stopped coming, at least for the time being. One piece of the puzzle may be the difficulty of acquiring the enormous funding necessary to make such paradigm shifts in our understanding possible.

Despite this, there seems to be two camps among scientists, those who believe we will reach certain limits permanently, and those who trust we never will. For instance, physicists at the end of the 19th century thought they had all there was to know about, what was called general physics, in hand. Then came quantum mechanics and general relativity, each of which completely changed the entire field. 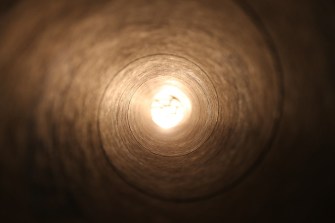 There could be light at the end of the tunnel, with a little help from AI. Pixababy.

What’s different now is that we have AI, which, once it reaches a certain level of sophistication, could help propel science forward in never before recognized directions. Consider an AI program developed at Cornell University called Eureka, which observes elements of natural phenomenon and spits out equations about them. The program has several times discovered aspects of things, say cell operations in biology, for instance, that were beforehand unrecognized. Scientists are still puzzling over some of its discoveries.

It may be that AI will eventually help fill in the gaps in human approaches and understanding and thus help us push past the boundaries we’ve found ourselves coming up against. Whether we can merely partner with them or if we’ll have to integrate our brains with computers, is currently being debated.

To hear what Columbia University philosophy professor David Albert has to say on the subject, click here:

The discovered of this supernova, Patrick Wiggins, took these two images of the Fireworks galaxy on May 12th and May 14th, with the additional light in the more recent image […]