Yesterday I left the house in the dark. I got to the subway in the dark, and I left work in the dark. I am not alone in realizing this gloomy reality, but our visual experience of dark days is only part of the story. Winter’s daylight is not only scarce; it’s also different. Of course, less light hits the skin of a jacketed, hat-wearing commuter racing from car to cubicle, but even in those few minutes outside and on those precious inches of exposed skin, the winter spectrum is narrower. Only when the sun is high in the sky (never in winter far from the equator) is light at its most powerful in the short, non-visible spectrum, those wavelengths best able to make vitamin D. In recent years, the dangers of darkness and vitamin D deficiency have been creeping into considerations about natural light, but 80 years ago, the conversation would have been far different, far more alarmist, and far more embracing of our nearest star.

In 1930, sunlight was nothing short of a medical marvel. It had been celebrated for at least a half century for its antibacterial properties, but in the previous decade it became no less notable for its role in building strong, vibrant bodies. Vitamin D, made when sunlight hits the skin, was a revelation when discovered in the 1920s. In children, it prevented rickets by helping build strong bones, but, doctors surmised, it might develop a robust constitution in adults. In this cultural climate, the American Medical Association’s popular journal Hygiea was as apt to tout the healthy tan as was a fashion magazine. General Electric and Tucson, Arizona used the sanction of doctors and scientists to sell products—sunlamps and sunny vacations—to the public. Authorities sought a role in treatment that prized and privileged expertise, putting their names not to mention their professional associations behind products that made people money. There is no reason to attribute this development to corporate conspiracies, but the reality is that lots of people got rich. 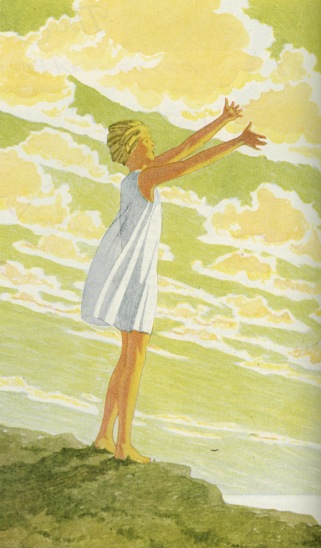 This eager marriage of diverse groups pushed Americans across the country out the door into parks, onto golf courses, and out to beaches. But outdoor recreation is not the only story to tell in the public pursuit of the sunshine vitamin. Today, rickets is a rare condition, far rarer than it was in New York in the 1920s, and that’s because all children drink their Vitamin D when they have a glass of milk. The big business of vitamin supplementation and fortification grew out of new science and medicine, and few capitalized more than milk companies looking to make a buck.

More striking, especially to contemporaries, than the money that people made off sunlight, was the bare skin that suddenly began appearing on beaches and the bronzed bodies of the silver screen, and it was doctors who helped drive this new aesthetic and health craze. Concerned about a nation of shut-ins working behind desks in office towers and retiring to big, boxy apartment buildings with limited light, they celebrated an outdoor vacation in the rejuvenating sunshine, and Americans took up the charge. The “diseases of darkness,” as they were then known, helped shape sunlight enthusiasm, but of course, they may have brought on their inverse, skin cancer.

The historian’s perspective is by definition backwards looking, an uncomfortable fit for those seeking conclusions about the present, but I feel comfortable saying that for all the concern about skin cancer, people still love the sun. Natural light makes apartments more valuable and people happier. Light therapy devices help some with Seasonal Affective Disorder, but there is nothing like the real thing: the goal of sunscreen is not a sun-free day; it’s time outside and in bright light, and there is even an enduring sense that tan is beautiful and healthful. Thus, it is easy to focus on skin cancer, but sunlight in the 21st century is about more than new sunscreen rules for UVA and UVB protection.

As we swing from understanding to understanding in pursuit of knowledge about sunlight, it’s worth looking backwards. The growing evidence that vitamin D—if not sunlight—is important for physical wellness is far from new. Old enthusiasm, like that expressed by the sun-worshipping nudists on exhibit at San Diego’s 1935-6 California International Exposition, was overblown and may seem laughable. When tempted to make fun, though, we should remember that their attitudes towards light—some erroneous—were neither the first nor the last. With a topic older than Earth and a part of nearly every culture, changing half-understandings are predictable. While many 21st-century scientific theories might be right, some are—no doubt—wrong. But one thing is for certain: there is both everything and nothing new under the sun. 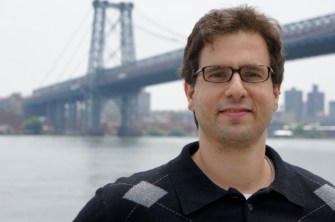 Daniel Freund teaches history at Bard High School Early College in New York City and is author of American Sunshine: Diseases of Darkness and the Quest for Natural Light

Climate activists’ brand of iconoclasm is far removed from the Beeldenstorm that swept medieval Europe.
Up Next