In theory, all local governments want to engage their citizens in a meaningful dialogue and motivate them to discuss and give feedback on important issues. In practice, however, this is rarely realized. According to the National Research Center, three-quarters of Americans haven’t attended one local public meeting in the last year. And, as anyone who has watched Parks and Recreation knows, those who attend are usually the ones with already formed and rigid opinions.

Engaging the public is hard and expensive. New digital tools, capable of collecting and presenting real-time data in an unprecedented way, have the potential to boost online engagement and give the public awareness, knowledge, and decision-making power like never before.

Balancing Act is one such tool created by Denver-based public policy consulting firm Engaged Public. In an easy-to-use web interface and simple graphics, Balancing Act gives residents the ability to look at and tweak their city’s budget, as well as leave comments to defend their decisions. Participants can try balancing the budget by allocating funds, cutting the budget of different agencies, as well as making decisions about revenue sources — effectively expressing their priorities and preferences for the future of their community. 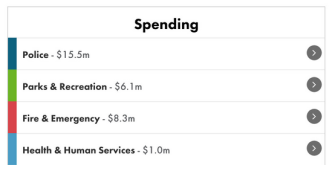 “Public knowledge is more than people’s preferences about various policy choices. It’s about the common values people hold, as well as the trade-offs they are willing to make when those values are in conflict. Engaging the public around budgeting is perhaps the best example of this, because our budget choices inherently reflect our values,” says Mike Wood from The Harwood Institute for Public Innovation. 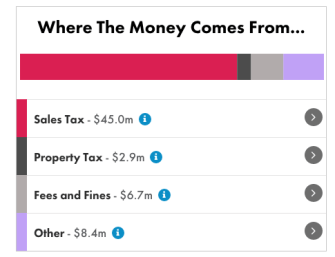 Hartford, Connecticut, was the first city to use Balancing Act as part of an annual initiative that invites residents to participate in the People’s Budget workshop. A report from the meeting featuring the online budget-simulation program shows that citizens are not afraid to make some tough decisions, especially when their city is facing a $49 million deficit, which was reflected at the beginning of the simulation. The participants did not increase any expenditures, but made some tough cuts like $2.9 million from the police budget and $5.9 million from the city’s pensions and benefits. They also chose to increase returns from licenses, permits, and, surprisingly, property tax.

According to the team behind Balancing Act, “The report paints a picture of a very informed, realistic populace that realizes the severity of the fiscal situation their city finds itself in, yet is also conscious that addressing it means making some difficult spending and revenue choices.”

Last month, San Antonio, the second largest city in Texas, became the latest municipality to launch its budget on Balancing Act. Even better, they did it in both English and Spanish.

“Balancing Act gives residents an opportunity to get hands-on experience on how to balance the city’s budget, and allows them to prioritize funding for the services and programs that matter the most to them,” said Bryan Layton, assistant director for innovation for the City of San Antonio. “This feedback is essential to developing a budget that is financially balanced and reflects the priorities of the community.”

Online engagement may not be a substitute for live meetings, but it surely makes it much cheaper and convenient for municipalities to gauge public opinion in real time and for residents to give their feedback even if they can’t attend traditional public meetings. Currently, Balancing Act supports municipal budgets. County, school district, and state budget models will be added later in 2015.

NASA was dangerously cavalier about the dangers of the shuttle launches.
Up Next
Words of Wisdom

People Might Forget Your Name, but Will Never Forget How You Made Them Feel