Yesterday (5/30/12), Big Think President and Co-Founder Peter Hopkins moderated a panel at the UN Social Innovation Summit, a private, invitation-only forum that explores “What’s Next?” in the world of Social Innovation.

The all-star panel, titled All Talk and No Action? Conferences and Conversation in Social Innovation, was a “conference about conferences” in which Hopkins and his guests examined the relationship between inspirational speech and meaningful social action. These guests included:

Note: The video below captures the entire conference. Peter Hopkins’ panel begins at 21:16 – to see it, scrub ahead in the player.

Big Think live-tweeted the panel, capturing some of the speakers’ most powerful points. Read the entire stream below. 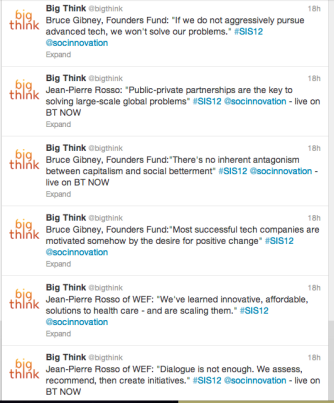 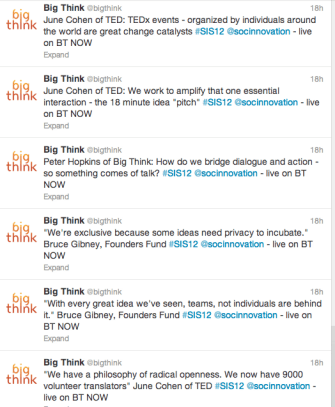 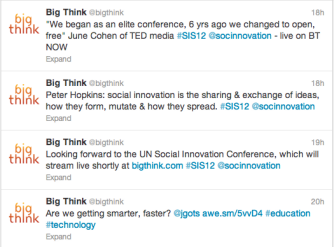 Why Be Happy When You Could Be Interesting?

“We don’t really want what we think we want,” says philosopher Slavoj Žižek. It’s a strange, almost exotic thought at a time when many of us are inundated daily with […]