Do the SATs favor the rich?

One of the most contentious debates in education has been the edge that wealthy students may receive by taking expensive SAT prep courses. Families can easily spend upwards of $1,000 with the premium versions of test preparation from Princeton Review and Kaplan. And then there are pricey tutors, such as the $1,000 an hour SAT tutor out of Manhattan who made headlines a few years back.

The non-profit Khan Academy is seeking to “level the playing field” with their free SAT tutorial program. New findings released by Khan Academy and the College Board looked at 250,000 test takers. They found that students who spent 20 hours on the free Official SAT Practice on Khan Academy gained 115 points. This was 55 points higher than the typical 60 point gain seen in the observed test takers who did not utilize the free program.

“We need to start to level the playing field. It is never OK that some students have access to some tools that other students do not.”-Khan Academy founder Salman Khan, speaking to The Associated Press

The College Board, the developer of the SAT, has weathered criticism in recent years that the SAT scores were heavily correlated with parental education and income, along with differences related to race. 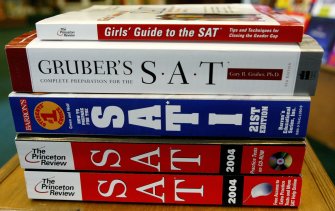 The free prep program, called the Official SAT Practice, was launched in June 2015 as a collaboration between the College Board and Khan Academy with a particular focus on decreasing advantages of income and parental background. The Official SAT Practice is now considered the most popular SAT preparation tool, with nearly 40% of test takers utilizing the program.

The Official SAT Practice on Khan Academy is a personalized platform that includes videos, test-taking strategies, and over 10,000 practice questions. In addition, students receive eight practice exams that were written by the College Board.

How Will This Impact the Test Prep Industry? 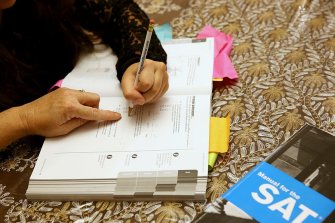 While the College Board did a major redesign of the SAT in 2014 to better connect the test with what students were learning in school, it has not slowed down the massive growth of the test prep industry. In 2016, the American test prep industry was worth $328 million, according to the industry research company IBISWorld. When you take into account private tutoring, the industry balloons to $12 billion in North America (according to Global Industry Analysts Inc).

While the new findings by the College Board and Khan Academy show a healthy point increase by test takers utilizing the free program, it remains to be better understood about the role of self-motivation. In other words, do some students needs the pressure and consistency provided through the physical presence of a tutor?

“Many of my students have used the Khan Academy SAT prep program,” says Sue Schaefer, “and the feedback has been positive, and it does fill the gap for disadvantaged students.” Schaefer is the founder and owner of Academic Coaching Associates. “However, motivation is an issue. Some students need the accountability of meeting with a tutor face to face. This is especially true for students who have ADHD and Executive Function deficits.”

The founder of Khan Academy, Sal Khan, seemed optimistic on a recent conference call with reporters to discuss the findings. After stating that the adoption of the program has been very broad, with positive results seen across all races and parental backgrounds, Khan emphasized that the program is still very dependent on the human element. The Official SAT Practice on Khan Academy is the tool; in order for it to be beneficial across the board, it needs to be leveraged by teachers and counselors across the country.

Related
Strange Maps
The horrors of World War II air war, in one stark map
This graph shows how badly German cities were hit by Allied bombing raids.
Hard Science
Subatomic ghosts shed new light on the structure of protons
A Fermilab study confirms decades-old measurements regarding the size and structure of protons.
The Present
The Taoist philosophy behind Alibaba, China’s e-commerce giant
Alibaba has played a key role in China’s meteoric economic rise.
The Well
Can we condition ourselves to be heroes?
Neuroscientist Robert Sapolsky on the science of temptation, and the limitations of your brain’s frontal cortex.
▸
6 min
—
with
Robert M Sapolsky
Thinking
3 brain games to practice deductive, inductive, and abductive reasoning
Take a closer look at the different types of reasoning you use every day.
Up Next
Starts With A Bang
There’s no science behind denying climate change
Even if you have a problem with the messenger, you still need to heed the message.“Whether humans are responsible for the bulk of climate change is going to be left to […]