Complaining about work-related problems actually cements their impact, says a new study in the European Journal of Work and Organizational Psychology. The results suggest practicing “sportsmanship” instead.Researchers Evangelia Demeroutia and Russell Cropanzano asked 112 employed people in various industries to write diary entries – one in the morning, one in the afternoon – for three consecutive days. At the end of each workday, participants reported how much they had complained, focused on negative events, and blew situations out of proportion.

If someone reported low levels on these items, it meant they had practiced “good sportsmanship,” which the researchers defined as something like the willingness to tolerate the annoyances and inconveniences of organizational life without complaining.

The participants were also asked to write about a single negative event they’d experienced that day, and to rate its impact on them. Finally, participants reported their moods and work engagement for each day by rating how much they agreed with statements like “Today, I felt proud of the work I did.”

Participants who practiced low sportsmanship were more affected by negative events. What’s more, the impacts seemed to linger – they reported lower mood and pride in accomplishment the next day. Conversely, those who didn’t complain or blow things out of proportion weren’t impacted by bad events in mood or work engagement, that day and the next. 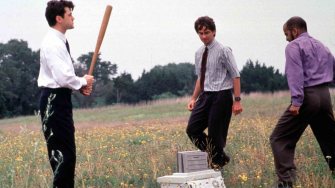 Demeroutia and Cropanzano say one of the reasons complaining seems to be counterproductive is because of its effect on memory. When we complain about bad events, we force the brain to relive them. This process reinforces the negative memory and gives it disproportionate influence on our emotional state. It turns a bad experience into That Bad Experience. 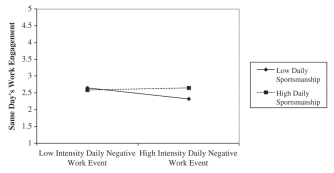 The researchers also said complaints that are poorly timed or expressed can make bad situations worse, intensifying and prolonging the impact of negative events.

Despite their advocacy for this kind of workplace stoicism, Demeroutia and Cropanzano aren’t saying people should refrain from talking about workplace problems. Articulating a problem is the first step in solving it. But they suggest employees choose more thoughtful, productive methods like expressive writing, which has been shown to help people process negative experiences.

A study of over 100,000 businesses in Oregon uncovered some unsettling news about worker conditions.
Health

3Q: D. Fox Harrell on His Video Game for the #Metoo Era

Three questions for the designer of a video game in line with the times.
Neuropsych

The key to a happy relationship? Understanding why you fight

Why do people have the same fights, over and over again? That’s the repetition compulsion, a deeply ingrained psychological phenomenon—but not so deep that it can’t be beaten.
▸
6 min
—
with
Dan Shapiro
Up Next
Starts With A Bang

Composed of gas and dust, the pictured pillar resides in a tempestuous stellar nursery called the Carina Nebula, located 7500 light-years away in the southern constellation of Carina, as imaged […]