47 million people worldwide suffer from dementia. That number is expected to go up as the enormous baby boomer generation continues to age. Dementia is one of the most common causes of disability. We don’t know what causes it and beyond a few measures, there’s little one can do to prevent, slow, or stop it. That is, until now.

A collaboration of American researchers has identified certain brain training exercises that can help reduce the risk of dementia. This cognitive training program, known as speed of processing, was first developed to improve cognition and memory. The study shows that taking part in such exercises gave practitioners protective benefits which lasted for a full decade. This was known as the Advanced Cognitive Training in Vital Elderly (ACTIVE) study. Its results were published in the journal, Alzheimer & Dementia Translational Research.

Although the impact was significant, the exercises themselves weren’t so taxing and didn’t take up a lot of time. Participants underwent 10 sessions for one hour each, over the course of six weeks. A smaller group then had up to eight sessions afterward. The more training sessions a participant had, the lower their dementia risk. 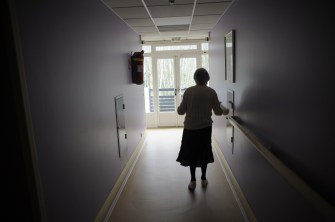 47 million worldwide suffer from dementia today, and that number is expected to rise significantly in coming years, prompting a new surge of research into how to prevent it. Credit: Getty Images.

Researchers hailed from Indiana University, Penn State, the University of South Florida, and Moderna Therapeutics. 2,802 healthy seniors age 65 and up took part. The study was conducted over multiple locations. Frederick W. Unverzagt, PhD is a professor of psychiatry at Indiana University School of Medicine. He led the project. In a Q&A blog post he said, “We would consider this a relatively small dose of training, a low intensity intervention.” However, “The persistence – the durability of the effect was impressive.”

Participants were assigned randomly to one of four different cohorts:

• Participants who received instructions and practiced strategies to improve memory of life events and activities.

• Participants who received instruction and practiced strategies to help with problem solving and related issues.

• Participants who received computer-based speed of processing exercises – exercises designed to increase the amount and complexity of information they could process quickly.

• A control group whose members did not participate in any cognitive training program.

When a subset of volunteers finished 80% of their first training sessions, they were offered booster training. These were 60-75 minutes each. They occurred four times, at 11 and 35 months after initial training. Then, all participants came in at one, two, three, five, and ten years after the training was complete, for follow-up testing. 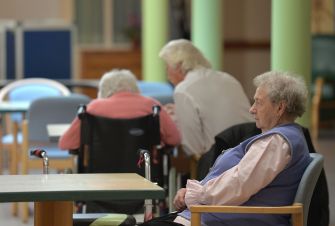 Some of the volunteers dropped off due to death or other issues. 1,120 remained. At the 10 year follow-up, 260 volunteers had been diagnosed with dementia. To researchers’ astonishment, the dementia risk among those who had taken part in the speed of process training was 29% lower than all other groups. Those who had booster training saw their risk further reduced. This study proves that dementia and Alzheimer’s can be prevented at least partially, if one stays intellectually active as he or she ages.

The speed of process exercises included touch screens and “adaptive training” software, which changed the speed and difficulty of each task, depending on user performance. Here, participants were asked to identify objects in the middle of their screen and the location in which it appeared in its periphery, after flashing there for just a moment. Dr. Unverzagt said other effective programs could take place in a classroom setting or in a low-tech way.

He said in the Q&A post that hobbies and social engagement may also lend protective benefits. “As long as the exercises are fun and engaging for you,” he said, “there’s an indication it could be helpful. On the other hand, if they make you nervous, or get you depressed, don’t do them.” One limitation is that the sample size was small. A larger scale study is required. Still, these results are encouraging.

To learn more about Alzheimer’s and dementia, click here:

Related
Sponsored
Want to boost your happiness? Buy experiences, not material possessions
Some experiences even continue to pay dividends time and time again.
High Culture
Did Paul Cézanne hide an early self-portrait underneath a 160-year-old still life?
To answer that question, we may have to figure out when the famed painter started to go bald.
Strange Maps
Dutch government releases a genuine treasure map from WWII, sparking a hunt for the loot
X marks the spot. The Dutch town of Ommeren has been swamped by detectorists armed with shovels looking for $20-million treasure.
Thinking
Creative wisdom from Rick Rubin: embrace your inner gatekeeper
Unlock the full potential of your creativity with holistic detachment. This is the way of the editor.
If money doesn’t buy happiness, you’re spending it wrong
These money experts say you can buy happiness. There are some red flags to look out for, though.
▸
7 min
—
with
Lindsay Bryan-Podvin
Up Next
Starts With A Bang
Ask Ethan: Is Dark Matter The ‘Aliens’ Of Astrophysics?
If you can’t explain the astrophysical signal that you see and cry ‘dark matter,’ chances are you’re not thinking hard enough.Despite our knowledge of the laws of physics, and the successes […]