What lies underneath volcanos continues to surprise us. A few weeks back, scientists announced that beneath Washington’s active Mt. St. Helens is… cold rock? Now they’re scrambling to figure out where its heat is coming from. And scientists at University of Bristol have revealed that under Bolivia’s Uturunco volcano is a massive lake somewhere in size between Lake Superior (the largest fresh-water lake in the world) and Lake Huron. Which is to say, it’s very big, with an estimated volume of 1.5 million cubic kilometers. It’s also very hot: 970° Celsius. It’s been dubbed the “Altiplano-Puna magma body.” 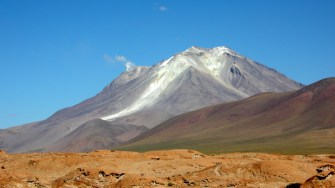 The dormant Uturunco sits atop the Bolivian Altiplano, which is also known as the Collao, the Andean Plateau, and the Bolivian Plateau. (“Altiplano” is Spanish for “high plain.”) But there’s something odd, according to Jon Blundy of University of Bristol: “”The Altiplano is underlain by a large geophysical anomaly at depths of 15 km below the surface of the earth.” It’s an area in which seismic waves inexplicably slow down and that has an unusually high degree of electrical conductivity.

To investigate, scientists from the University of Bristol exposed a mix of rocks from an Uturunco eruption 500,000 years ago — and water — to conditions similar to those they believe are present at the anomaly. We’re talking temperatures as high as 1500° C and pressures 30,000 times higher than atmospheric pressure.

The found that the mix ended up with the same level of conductivity present in the anomaly, and that the rock held onto a lot of water. “Ten per cent by weight of dissolved water means that there is one molecule of water for every three molecules of silicate. This is an extraordinarily large fraction of water, helping to explain why these silicate liquids are so electrically conductive,” explains scientist Fabrice Gaillard from the University of Orléans in France.

Blundy notes, “The rock is not fully molten, but partially molten. Only about 10 to 20 percent of the rock is actually liquid; the rest is solid,” but that doesn’t mean it’s not a big deal. He adds, “Silicate melt can only dissolve water at high pressure; at lower pressure this water comes out of the solution and forms bubbles. Crucially … these bubbles can drive volcanic eruptions.” 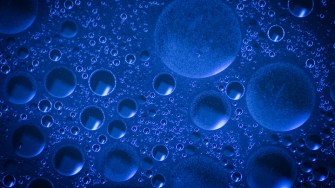 The scientific community is finding more and more water deep within the earth. Steve Jacobsen of Northwestern University led a team that discovered a gigantic water reservoir 700 kilometers down that’s three times the size of all the world’s oceans combined. Of the Altiplano find, he told New Scientist, “This study illuminates a new feature of Earth’s deep-water cycle, and reminds us how little we know about the pathway of water through Earth’s crust and mantle systems on geologic timescales.”

Scientists are also puzzling over the significance of the Altiplano-Puna magma body’s unique electrical conductivity, which the surrounding magma doesn’t share. Similar conductivity has been identified beneath Mount St. Helens, and also beneath New Zealand’s Taupo Volcanic Zone. Does this mean we’ll find water down there, too?

These hard-to-finish books are still worth the effort.
Up Next
The Present

NSA whistleblower Edward Snowden told an audience we should not be “putting too much faith or fear elected officials.” This includes Donald Trump.