On Wednesday, October 11, the Earth’s first space kingdom held its first press conference, and this month, Asgardia launched its first bit of astra firma, the Asgardia-1, into orbit. It’s a “nanosat,” no heavier than an Earth baby, and about the size of a loaf of bread. It’s just a start.

Anyone who’s watched a Marvel movie or read their Norse mythology knows what the name “Asgardia” signifies: a city in the sky. The people behind the non-profit project have an ambitious vision: They plan to construct their own space station nation “where people can live, work, and have their own rules and regulations,” as one of its founders told Business Insider. Also, protect Earth from danger. While not initially that different on a technological level than the ISS, this orbiting platform hopes to be its own recognized sovereign state. Regarding the ISS, McGill University’s Ram Jakhu says, “It’s just one facility, parts of which are controlled by different nations. It’s more or less a condo.” 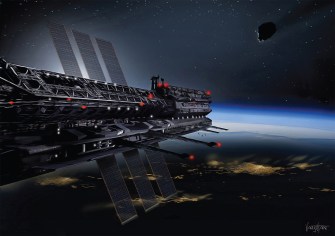 Definitely not a condo, an artist’s conception of Asgardia’s planetary shield (ASGARDIA/JAMES VAUGHAN)

Actually, it’s not entirely clear who’s behind Asgardia, though Jakhu seems to be one of its founders. They’re releasing information bit by bit, including their 13-month Asgardian calendar of upcoming events. It is known that some of the funding for the kingdom comes from Russian billionaire and space Igor Ashurbeyli. Others apparently involved beyond Jakhu, according to Business Insider, are Rice University’s David Alexander, Washington University’s Joseph N. Pelton, and Romanian cosmonaut Dumitru-Dorin Prunariu. There may also be Jeffrey Manber of NanoRacks, who spoke at that first press conference.

According to Ashurbeyli, Asgardia has three goals:

Meanwhile, parliamentary elections are already underway. You can nominate and vote for yourself, if you like. Presumably residence is not a requirement since there are already 122 candidates and over 72 thousand votes cast. Seems like a kingdom will need a king, too.

There’s also a contest underway to select Asgardia’s flag, with another to choose its insignia and anthem planned. The flag design with the most votes so far, over 17,000, was designed and submitted by Hong Ahri of Korea. 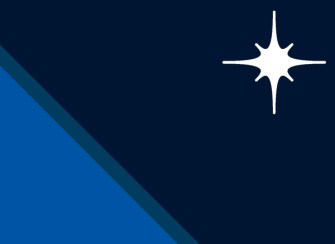 That people are interested in moving off-planet may not be that surprising. Jakhu says, “We must leave [Earth] because it’s very much in the nature of humanity. Humanity left Africa and covered the whole globe.” He also suggests we may have no choice, since the “resources of Earth will be depleted.” There’s also the sheer thrill of adventure: “Third, I would say, we have a wish to go where nobody has gone before.”

Asgardia-1 is actually the container for an orbiting 512 GB hard drive containing data — photos, personal information, and so on — from the nation’s first 1.5 million citizens. The first 100,000 verified applicants get 300 KB of storage space, the next 400,000 people get 200 KB, and the last million Asgardians get 100 KB each. (Asgardian citizenship doesn’t require giving up one’s current nationality.) Built in Indiana by NearSpace Launch, and you can track the nano sat on their home page.

On one level, Asgardia may seem silly, with the likelihood of recognition by existing nations and the U.N. iffy at best. One of the requirements for nationhood has traditionally been permanent residents for one thing, and even that’s no guarantee, as the indeterminate status of Palestine and Taiwan demonstrate. Asgardia has released an artist’s conception of the living space they hope to construct. 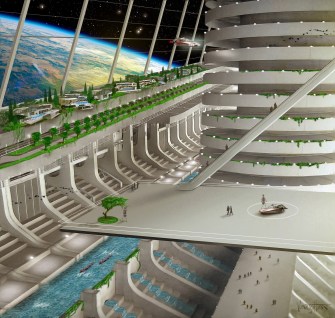 Still, as Jakhu has noted, “Anyone who tries out-of-the-box things is initially ridiculed. Everything that’s amazing starts with a crazy idea. After a while, science fiction becomes science fact, and this is an idea which is just being initiated.”

Related
Starts With A Bang
The galaxy cluster that broke modified gravity
19 years ago, the Bullet Cluster provided an empirical proof for dark matter. Even today, modified gravity still can’t explain it.
Neuropsych
Psychology studies that go viral are likelier to be bogus
A new 20-year analysis of over 14,000 psychology studies finds that a study’s media coverage is negatively linked to its replicability.
The Future
How a device transmits radio waves with almost no power
Apart from the energy needed to flip the switch, no other energy is needed to transmit the information.
The Present
Radical idea: Redraw the U.S. map as a nation of city-states
While cities drive national economic growth, their political geography means they cannot effectively deal with inequality, poverty, and other socioeconomic problems.
The Learning Curve
Why do high IQ people stagnate in their careers? Emotional intelligence
Research suggests that emotional intelligence is more vital for success than IQ.
Up Next
Starts With A Bang
Ask Ethan: How Much Of The Observable Universe Are We Failing To See?
There’s so much that we’ve discovered, looking as deeply as possible into the void. But what are we missing?Start with the laws of physics, a Universe full of a specific amount […]