Big Think is proud to partner with the 92nd Street Y to bring you this series on female genius as part of its 7 Days of Genius Festival.

Helen B. Taussig was the original pediatric cardiologist. She founded a field of study, advancing medical research beyond what was thought possible at the time. Back in the 1940s, Taussig helped develop the concept for a procedure alongside Alfred Blalock and Vivien Thomas which would extend the lives of many children born with blue baby syndrome.

“[I]t is perhaps difficult to imagine how daring the concept of cardiac surgery once seemed,”wrote Mike Field of The Gazette. “Almost exactly 100 years ago, British physician Stephen Paget wrote that ‘surgery of the heart has probably reached the limit set by nature to all surgery. No new method and no new discovery can overcome the natural difficulties that attend a wound of the heart.’” But in 1944 the field of medicine advanced, and Eileen Saxon would be one of the first to receive an operation to extend her life.

Doctors, like William Longmire, heralded the procedure as “the first stage of the successful development of heart surgery.”

Blue baby syndrome stems from a congenital heart defect that causes the fingertips, lips, and toes to appear blue, hence the name “blue baby.” Taussig did extensive research on these “blue babies” and found their condition stemmed from a partial blockage of the pulmonary artery, which was starving organs and tissue of oxygen. She brought her studies to the surgeons Blalock and Thomas where together they developed a surgery to correct this heart anomaly. The end result was a shunt that would redirect blood-flow to correct one of the most common cardiovascular defects that caused baby blue syndrome, Tetralogy of Fallot. 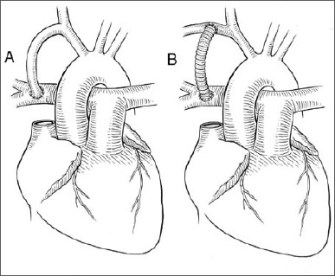 Her legacy is one of chances, pushing beyond what the established science thought possible. Those children who survived past infancy lived half lives. Sandra Stoltz was another child who underwent the procedure in 1945 at the age of 11. She wrote in a testimonial, “I was often short of breath, had limited energy and occasionally fainted. … I desperately tried to be normal and longed to keep up with the other kids.” After the surgery, Stoltz felt she “considered [herself] normal at last.”

Taussig was also an advocate against injustice. In the late 1950s and early 1960s, babies were being born with severe limb deformities all over the world. The cause was from a drug called thalidomide. It was marketed as a drug to help alleviate morning sickness. However, if taken in the first 42 days of gestation, it would damage the fetus. Taussig testified before Congress to the Food and Drug Administration. Her efforts helped get the drug banned in the United States and Europe.

Up until her death in 1986, Taussig continued to research and pioneer new techniques that would help advance medical science.

Uncertainty is inherent to our Universe.
Up Next
Strange Maps

Based on World Bank data, Global Finance magazine recently subdivided the world into four income groups. And here are the maps that illustrate the point.