Hydrogen is known to have the potential to become an important source of energy. And there’s an abundant supply of it, in our water, if we can just find a low-cost, efficient way of getting the oxygen in H2O to let go of it. The University of Houston (UH) has just announced that they may have just found it. 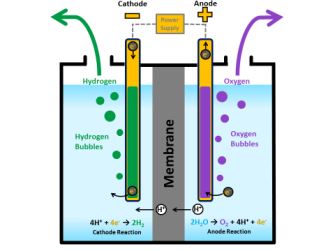 Water can also be split using photocatalysis that uses solar power directly instead of electricity, but it’s less efficient since water only absorbs a small range of the light spectrum.

It’s been the lack of an efficient, low-cost catalyst for the oxygen molecules that’s been holding the full-scale extraction of hydrogen back. Up until now, oxygen catalysts have been based on scarce, expensive “noble” metals such as iridium, platinum, or ruthenium.

This is a problem that has been thwarting the full-scale commercial extraction of hydrogen for energy for some time, and UH isn’t the only entity searching for a replacement. Just last spring, the Canadian Department of Energy’s SLAC National Accelerator Laboratory and the University of Toronto announced the discovery of a new oxygen catalyst gel based on iron, cobalt and tungsten that triggers an evolution reaction in oxygen three times faster than previous catalysts and retained stability through hundreds of reaction cycles.

The catalyst developed by UH, however, remains usable for more than 20 hours and 10,000 cycles in testing. According to Zhifeng Ren, one of the scientists involved, “Some catalysts are outstanding but are only stable for one or two hours. That’s no use.”

The UH catalyst is a powder of ferrous metaphosphate grown on a conductive nickel foam platform. 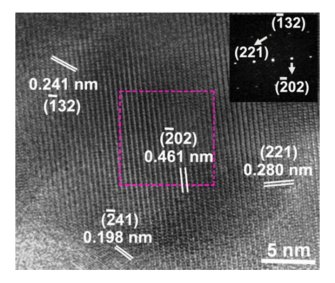 “Cost-wise, it is much lower and performance-wise, much better,” says Ren. The UH team making the discovery was comprised of Paul C. W. Chu, Ren, Shuo Chen, post-docs Haiqing Zhou and Fang Yu, and grad students Jingying Sun and Ran He. “In this work, we discovered a highly active and stable electrocatalyst based on earth-abundant elements, which even outperforms the noble metal based ones. Our discovery may lead to a more economic approach for hydrogen production from water electrolysis,” Chen asserts.

The UH team writes, “Hydrogen (H2) produced from water splitting by an electrochemical process, called water electrolysis, has been considered to be a clean and sustainable energy resource to replace fossil fuels and meet the rising global energy demand, since water is both the sole starting material and byproduct when clean energy is produced by converting H2 back to water.” It’s also easier to store hydrogen than solar- or wind-derived energy.

We could even benefit from more whataboutisms — if they’re used properly.
Up Next
Culture & Religion