Over 2 billion people across the world eat insects.

Insects can be found on the menu or at food carts in countries like Thailand, China, Mexico, Japan, and Ghana. Around 80% of the world’s nations consume insects. Some of the most popular types of insects to eat include beetles, caterpillars, ants, cicadas, and crickets.

Crickets are easy to harvest, high in protein, and nutrient rich. In an age of growing environmental awareness about the significant resources needed for raising livestock, crickets would seemingly be the food of the future. What do they taste like? “Nutty shrimp,” according to Daniella Mark from GirlMeetBug.com, who describes herself as the Edible Insect Advocate.

If you are like most people in Western cultures, the thought of chowing down on some crickets makes you feel uneasy. Despite an endless array of rational arguments towards the consumption of crickets and other insects, you may still be unpersuaded. Why? Entomophagy, the practice of eating insects, may trigger a strong emotional reaction that overwhelms the rational argument towards eating crickets and other insects. 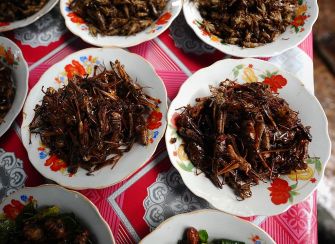 In 2013 the Food and Agriculture Organization of the United Nations (FAO) studied this dilemma in depth with its paper, “Edible insects: future prospects for food and feed security.” The organization pointed out three main reasons for promoting the eating of insects: insects are healthy (high protein, high in calcium, iron and zinc), insect harvesting is better for the environment (lower greenhouse gas emissions and less need for land-clearing), and job creation with insect harvesting (low-tech, low-capital).

The more difficult task, however, will be overcoming the cultural and psychological barriers. As the authors of the report point out:

Entomophagy is heavily influenced by cultural and religious practices, and insects are commonly consumed as a food source in many regions of the world. In most Western countries, however, people view entomophagy with disgust and associate eating insects with primitive behaviour.

As an earlier piece in Big Think discussed, our feelings of disgust towards certain activities–such as drinking purified wastewater that is shown to be cleaner than tap water–is very difficult to defeat. The psychological phenomenon of contagion, where our fear of catching a disease may influence our end behavior, kicks in.

Why Are We Disgusted by Eating Insects? 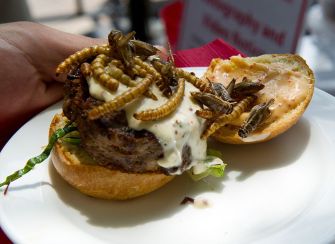 Contagions operate on the irrational belief that even minimal contact with an offensive item will transfer its “essence” to the individual. To make matters worse, the very act of eating involves not only touching something but putting it in an intimate part of your body. The thought of a cricket on the tip of your tongue may make your stomach turn. Add to that a possible association in your brain between insects and spreading diseases, and you are left turning down the plate of mealworms in exchange for a turkey sandwich.

Many of the animals we commonly eat in Western cultures, however, are culprits of spreading disease. Shouldn’t our fear of disease kick-in to prevent us from biting into a hamburger or digging into a chicken salad? 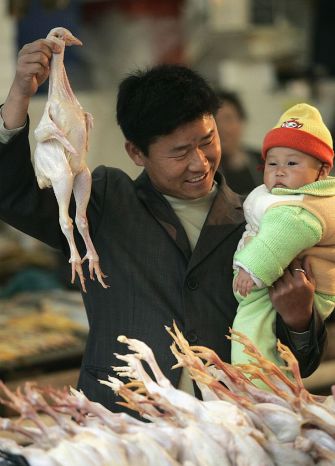 Most of our mammal and fish consumption in Western cultures involves a certain detachment between the living creature and its final dish appearance. For example, fish served at a restaurant typically does not feature its head. By removing the head, we may be lessening the likelihood that our fear of contagion takes over.

Perhaps in order to eat crickets, we need to remove its head. That is what companies like Chapul, which makes protein bars using cricket flour, are doing. By turning crickets into a flour, it detaches their consumption from the visual of a live cricket. The company’s homepage, for example, includes a picture of a family but no cricket. Chapul appeared on Shark Tank in 2014, and received the backing of Mark Cuban.

The adoption of crickets as a food source may be less of a rational problem, and more of a sensory problem.

We still don’t know how fast the Universe is expanding

A visualized history of the expanding Universe. Images credit: NASA / CXC / M. Weiss.Nearly 100 years after Hubble first showed us the Universe is expanding, we still don’t know its […]