It’s the second law of thermodynamics, one of the essential rules of the physical universe, everything is infused with a particle of chaos, and that particle will grow ever larger, until it ultimately overwhelms the entire system. Your car will eventually break down, your house crumble, the sun expand and die out, the universe suffer a heat death, and you a real one. Some objects have low entropy, such as the sun which won’t begin its final descent for another five billion years. A human life, compared to the sun at least, has a high rate, seven or eight decades or so, depending on your health, lifestyle, and gender.

Systems naturally move from a low to a high rate of entropy. Everything therefore is in a constant state of decay. Only the rate at which it takes places changes. So what does this have to do with human consciousness? Our brains may have developed to maximize the information around us, recognizing threats and opportunities, in order to increase our chances of survival. But this evolutionary advantage may come at a price, a higher rate of entropy.

Scientists recently found parts of the brain which may form a circuit that provides consciousness. But how did it come about? A group of scientists from France and Canada believe that consciousness may have arisen in response to entropy. Our brains, just like any other system, are hurdling towards the end. Consciousness, these scientists argue, is a byproduct of that process. 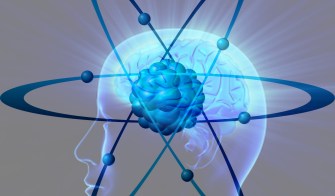 Our brain, just like any other system, is subject to entropy. But how does it affect us?

But how do you test whether or not consciousness is entropy’s side effect? One way is to investigate how the human brain operates, and what patterns it chooses to conduct itself in. Scientists from the University of Toronto and Paris Descartes University applied a kind of probability theory, to look at statistical models neural networks. This method has been very good in determining the thermodynamic properties and entropy present in other systems.

Nine participants in total took part. Seven had epilepsy. What researchers wanted to know is how neurons synchronized themselves into firing patterns, and if these reacted to one another, phasing in and out in coordinated patterns. Two sets of data were compared. The first looked at firing patterns while participants were asleep, and the second while they were awake. Next, researchers monitored patterns among five patients while they endured a seizure. They compared this with the data derived during a normal, waking state.

“We find a surprisingly simple result,” they wrote. “Normal wakeful states are characterized by the greatest number of possible configurations of interactions between brain networks, representing highest entropy values.” Consciousness in this view isn’t due to connectivity in and of itself, but how many different ways the brain can connect certain bundles of neurons to others. Due to the presence of high entropy, these scientists believe that to maximize the exchange of information between neurons, consciousness arose as an “emergent property,” helping to improve survival, but leading to a higher rate of entropy as a result. 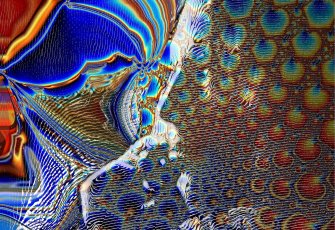 Consciousness may have emerged as a result of entropy, but it is also hurdling us toward it.

Though groundbreaking, the study does have some drawbacks. The biggest one is the small size of the participant pool. A much larger study will be needed to see if such patterns are typical. It also didn’t look into other states of awareness, such as when half asleep, meditating, after taking a hallucinogen, or—as Physicist Peter McClintock suggested, while under anesthesia.

How does the state of entropy change between when someone is focused versus when they are daydreaming or forgetful? From here, we get the question, do different states of consciousness correspond with different levels of entropy? Future experiments will include a bigger participant pool but also measuring the brain while a subject tries to tell the difference between two musical tones, or while navigating a labyrinth.

The results of these experiments may help us determine what consciousness really is, a question which has stumped great thinkers for thousands of years. This research may also help us better understand how consciousness works and what characteristics it has. Besides examining people in different states, these research teams will need to take precise measurements in different regions of the brain to determine the thermodynamic state of each.In this way, they can gauge what sort of entropy, if any, is occurring.

This is an exciting new, disruptive theory which, if proven true, is set to change the face of physics, neurology, psychology, and so many other fields. It also reminds us that we are composed of stardust, made of the same stuff as the rest of the universe and operating under the same laws as any other form of matter.

To learn more about the scientific basis of consciousness, click here:

They say that nobody understands quantum mechanics. But thanks to these three pioneers in quantum entanglement, perhaps we do.
Up Next
The Present

When Liberals “Lie About the Problem of Islamism” It Empowers the Right, Says Sam Harris

“If all that liberals can do in response is continue to lie about the causes of terrorism and lock arms with Islamists, we have some very rough times ahead,” writes Sam Harris.