Macular degeneration, an age-related condition that results eventually in blindness, has been successfully treated in two elderly patients in the United Kingdom.

The breakthrough happened using a form of stem cell treatment, and the result has millions hoping for a treatment and cure to be ready for deployment to the general population sooner rather than later.

The eye disease is responsible for half of all cases of blindness worldwide. The culprit? Cells behind the light-sensitive rods and cones that make up the retina begin break down; “retinal pigment epithelium,” it’s called. That layer of cells both removes waste and transports nutrients. When they begin to fail, materials that build up kill surrounding cells. 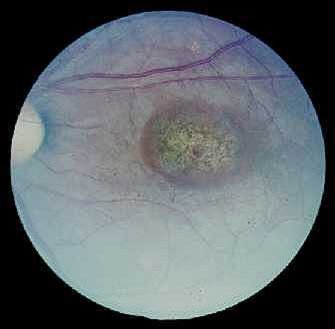 Over time, the degeneration causes a blind spot that starts to interfere with vision; this begins around age 50 for those afflicted and it gradually gets worse.

The position of the blind spots are in a tiny area called the macula, which interprets fine details in our vision; the more spots, the less detail we can see.

It works like this: A patch of embryonic stem cells specifically engineered and measuring just 40 microns thick and 4×6 mm wide, is inserted into the retina and begins to repair the damage.

“In the months before the operation, my sight was really poor and I couldn’t see anything out of my right eye,” 86-year-old Douglas Waters, one of the test subjects, told the BBC.

“It’s brilliant what the team have done and I feel so lucky to have been given my sight back.” He can now read a newspaper again.

Ophthalmologist Pete Coffey from the University College London’s Institute of Ophthalmology sees optimism in the tests. “We hope this will lead to an affordable ‘off-the-shelf’ therapy that could be made available to NHS patients within the next five years.”

It will be tested next in eight subjects to see how they do. Predictions are that, if successful, this treatment will be available in five years.

Related
Starts With A Bang
The quantum reason why neutral atoms first formed
If it weren’t for the intricate rules of quantum physics, we wouldn’t have formed neutral atoms “only” ~380,000 years after the Big Bang.
Hard Science
Some earthquakes last for seconds, others for minutes — and a few for decades
What do you call it when the Earth shakes for three decades?
Sponsored
What childhood “money story” is shaping your financial behaviors?
Here are the signs that you inherited “money anxiety” from your parents.
The Present
The “maritime Indiana Jones” who salvages shipwrecks now wants to tow icebergs
Simple physics makes hauling vast ice chunks thousands of miles fiendishly difficult — but not impossible.
Neuropsych
Inside the brains of aging dogs
In a citizen science project, thousands of pet dogs are helping scientists to understand what happens to memory and cognition in old age.
Up Next
Communication
5 Black History Month Celebration Ideas for the Workplace
Every February, Americans across the country celebrate Black History Month. This annual celebration recognizes the achievements of members of the African-American community, both past and present, and the central role […]