Many of us know the frustration of placing one’s debit card into the reader at the checkout line and waiting impatiently for the chip to register. Why does it take so long? Can we go back to the swipe strip, please? If you’ve ever worked in a building where you needed an entry card, you know how annoying it is to have left it somewhere, at one’s desk or in the car, and be barred from entrance. Now, a Chinese startup is looking to eliminate these instances from our everyday lives. We can gain admittance and pay for items with our face alone — oh, and do a whole lot more.

Recently, MIT Technology Review senior editor Will Knight visited a tech startup in China that’s planning to make such systems ubiquitous in the Middle Kingdom. The name of the startup is Face++, spoken as ‘Face plus plus.’ The Beijing-based company is worth around a billion dollars as it stands. Just walking into the building, Knight had his face scanned, and was entered immediately into the company database, which means that all his movements are easily tracked. Think about a city like London, covered in cameras, and it isn’t a stretch at all to see this as a 1984 scenario where one’s every move is registered in a database somewhere. Security personnel behind cameras get tired. But a computer never blinks.

The kind of software used by Face++ utilizes an AI technique known as deep learning. It evaluates 83 points on the person’s face, those that are most likely to identify them. Each face is scanned all at once. What’s fascinating is, it isn’t the points themselves that identify the person, but the spaces between which are unique to each.

Besides shopping and surveillance, the system could be used at banks, to provide transportation to or entry into venues—without the hassle of buying a ticket. It’ll also make getting past security a breeze. Facial recognition technology could even revolutionize policing. It would be far easier to identify perpetrators, victims, and witnesses, and each person’s movements, purchases, and interactions could easily be traced. Some local law enforcement agencies in China are already using Face++ to locate suspects. 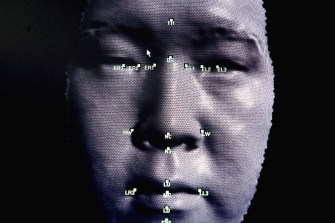 It isn’t the points but the spaces that identify you. Getty Images.

Of course, the tradeoff for privacy here is the streamlining of systems and so, the utter convenience of seamlessly transitioning from one place to the next. One company providing this software said it can help a retailer winnow down a purchase to a mere five seconds. It’s also being used by consumers who make payments through certain apps, such as Alipay—a money transfer app, used by over 120 million Chinese consumers. Meanwhile, Didi, China’s Uber, uses Face++ to confirm the identity of the driver.

China is thought to be a safe starting point. Not only is there a multitude of tech-savvy consumers, but the culture is such that those on the mainland have a more lax attitude toward surveillance. Everyone already has a government-issued photo ID card, for instance, stored in a database. Surveillance cameras are ubiquitous as well, providing Face ++ an infrastructure to operate in.

Face ++ isn’t the only operator on the scene. There are lots of other companies hoping to provide steep competition, in a sector with tons of potential. One prominent player who’s established itself already is Baidu, which reports it has a database of tens of thousands of people and boasts a 99% accuracy rate. The company recently showcased its program’s capabilities. It was pitted against humans known to be talented at matching a person’s baby picture to their adult face. The program left each competitor behind.

Baidu will soon allow some commuters to ride the rails without having to purchase a ticket, physically. It’s also working with the government of the historic water town of Wuzhen, a popular tourist destination. Visitors would be able to gain access to many of the attractions, without having to wait in line at a ticket booth. Facial recognition technology isn’t only entering the market in the Middle Kingdom. 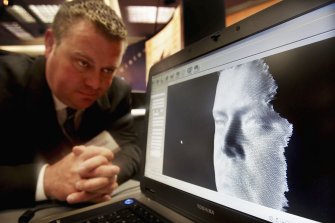 Android’s Galaxy S8 will be imbued with such software to allow for ease in conducting electronic payments. This will be a triple biometric system, combining a fingerprint scan, facial recognition, and an iris scan. Samsung has been shopping it around, and getting banks onboard. It may also be included in other platforms. Rumor has it, Amazon has patented facial recognition technology too, and other retailers are planning to follow in its footsteps.

Using such metrics would make hacking very difficult, as it’s usually phishing or weaknesses in the ID-password system that hackers exploit. In the short term, it might mean more sales for Samsung. In the long run, Samsung might be positioning itself to become a leader, ushering in a totally new way to offer consumers cybersecurity. For anyone who’s had their credit or debit card stolen, a biometric system may seem like a godsend. Of course, there are probably weaknesses in this system too, which will eventually be exploited. This also isn’t Samsung’s first foray into facial recognition technology.

The South Korean tech giant offered a facial recognition option as part of its 2011 ice cream sandwich operating system. It got high marks until one clever blogger found that it could be tricked with a picture of the person, instead of their real face. This technology has developed at breakneck speed since. Barring public outcry, it looks as though it will become prevalent in developed countries within the next few years.

To learn about a Finnish company’s plan to pair your bank account with this tech, click here:

If you’re trying to hide how you feel about something, be careful with your hands.
Up Next
High Culture

Every Joke Falls in One of 11 Categories, Says Founding Editor of The Onion

The Onion founding editor Scott Dikkers says every joke can be categorized in one of 11 “funny filters.”