Sub-atomic neutrinos are passing through us and everything around us all the time. For each square centimeter, it’s estimated that some 65 billion of them make their way through each second. They go undetected because they’re extremely tiny, and more importantly, carry no electric charge. As a result, they’re immune to electromagnetic forces that might allow us to detect and study them as we can other particles. As Neil DeGrasse Tyson notes, neutrinos could “pass through a hundred lightyears of steel without even slowing down.” And so scientists have built the stunningly massive and gold Super-Kamiokande neutrino detector to trap some. 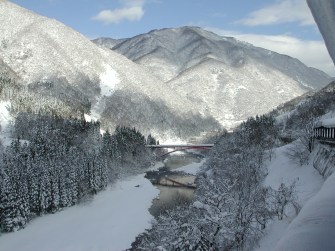 Other particles can’t reach Super K due to the surrounding stone and its steel walls, but matter poses no obstacle to neutrinos.

It’s an amazing structure containing super-pure water, 50,000 tons of it in a cylindrical stainless steel tank 41.4 meters tall and 39.3 meters in diameter. The tank is lined with 11,146 photomultiplier tubes (PMT) that light when they detect neutrinos interacting with the water. The tubes are gold-tipped, which makes Super K so visually dazzling. It began operating 1996, a successor to the original, smaller Kamiokande detector. Super K detected its first neutrino oscillations two years later.

Why do neutrinos matter?

Neutrinos are elementary particles emitted when a star begins to collapse into a supernova and eventually a black hole. (There are three types of neutrinos: muon, electron, and tau.) Super K can, therefore, provide advance notice to astronomers that such an event is about to occur. On February 23, 1987, the original Kamiokande facility detected neutrinos from a supernova in the Large Magellanic Cloud, confirming the link between supernova explosions and neutrinos, and as Amusing Planet puts it, signifying “a new era in neutrino astronomy.”

In general, neutrinos are fascinating particles whose behavior may let scientists in on how the universe operates. They may help us, for example, understand more about anti-matter. As Morgan Wascko of Imperial College tells Business Insider, “Our big bang models predict that matter and anti-matter should have been created in equal parts, but now the anti-matter has disappeared through one way or another.” Neutrino behavior could provide the key to understanding why.

In addition to neutrinos from space, Super K is the terminus of neutrinos fired in beams from the J-Park facility in Tokai, Japan, 295 kilometers away, as part of the T2K (Tokai to Kamioka) project.

A few hundred of the neutrinos detected at Super K each year are from T2K. The aim of this project is to analyze neutrino oscillations from muons to electrons. The project announced the first-ever indications of these oscillations in 2011. The project also studies muon to tau oscillations that other detectors have identified. 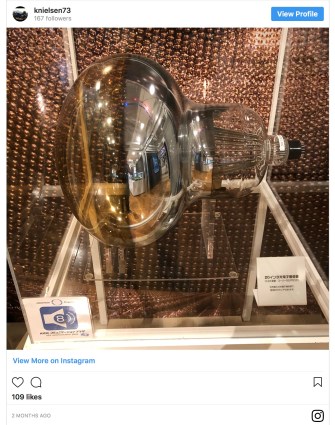 Such light occurs when a neutrino exceeds the speed at which light travels through water, which is just three quarters the speed it travels through a vacuum. Yoshi Uchida of Imperial College London explained to Business Insider how this happens, likening it to the way a supersonic plane produces a boom when exceeding the speed of sound. “If an airplane is going very fast, faster than the speed of sound, then it’ll produce sound — a big shockwave — in a way a slower object doesn’t. In the same way a particle passing through water, if it’s going faster than the speed of light in water, can also produce a shockwave of light.” The light occurs as a cone of Cerenkov radiation the PMTs capture and that the Super K graphs. Muons produce a sharp ring, and electrons generate a more diffuse one. 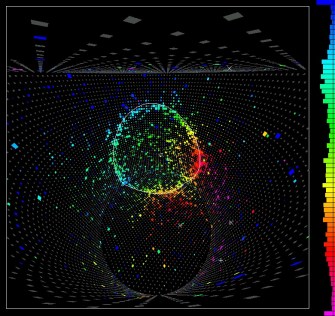 Super K publishes near real-time neutrino event images when the detector’s not offline for maintenance.

To ensure that the cones of Cerenkov radiation successfully reach the Super K’s PMTs, the water inside the tank has to be super-pure. It’s continually re-purified and bombarded with UV light to kill off any bacteria floating around in it. The resulting liquid is so pure, it’s more like an acid and an alkaline than the H2O we know. Uchida notes, ”Water that’s ultra-pure is waiting to dissolve stuff into it. Pure water is very, very nasty stuff.”

When technicians drained the tank in 2000, according to Wascko, they found what was left of a wrench left behind: Its outline. “Apparently somebody had left a wrench there when they filled it in 1995. When they drained it in 2000 the wrench had dissolved.”

Wascko notes, in understatement, “If you went for a soak in this ultra-pure Super-K water you would get quite a bit of exfoliation. Whether you want it or not.”

When technicians need to service a PMT, they travel out on this corrosive fluid in rubber rowboats. 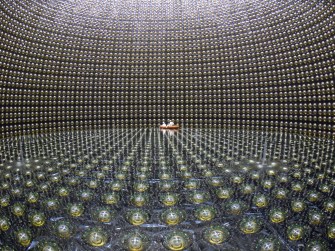 While new knowledge is often a thing of beauty, but rarely is the associated hardware so gorgeous as it is at Super Kamiokande. The hunt for neutrinos practically begs for exotic solutions, and this hazardous, glittering facility beneath Mount Ikeno is about as exotic as it gets.

It's not demons. It's not the undead. The explanation is actually way more boring that you'll ever guess.