Yes, you read that right. The Global Challenges Foundation, founded by the Swedish billionaire László Szombatfalvy, has launched an international competition in order to find a better system for world governance. As Szombatfalvy writes in a letter published on the Foundation’s website:

The greatest threats we face today transcend national boundaries; they therefore need to be addressed jointly by all countries based on an increased realization of our mutual dependence. […] Our current international system – including but not limited to the United Nations – was set up in another era following the Second World War. It is no longer fit for purpose to deal with 21st century risks that can affect people anywhere in the world. We urgently need fresh new thinking in order to address the scale and gravity of today’s global challenges, which have outgrown the present system’s ability to handle them.

The Global Challenges Prize 2017: A New Shape is calling on individuals, groups of individuals, universities, companies or associations from anywhere in the world to submit proposals outlining an alternative world governance model – either by revising the present UN system, or by proposing completely new forms of governance. The new model should be able to effectively address some of the most pressing global problems (like climate change, population growth, extreme poverty) by making it possible for nations to make collectively binding, long-term decisions that take into account the interests of all those affected, including future generations.

After the submission deadline on September 30, 2017, a panel of academic experts and respected global figures will assess each entry according to already specified criteria, which include core values, decision-making capacity, resources and financing, accountability and transparency. A total of US$5 million will be distributed amongst the shortlisted entries and The Foundation is committed to supporting the winning ideas towards implementation. 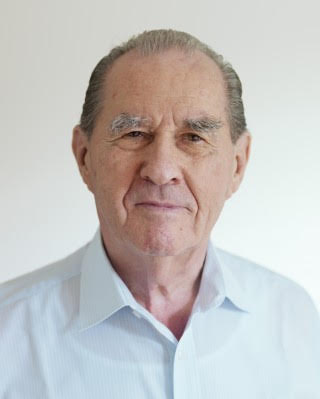 Szombatfalvy was born in 1927 in Budapest. At 29 he fled from Hungary arriving to Sweden as a refugee. Starting with nothing and working odd jobs, he gradually developed an interest in the stock market and developed his own model for the valuation and risk analysis of shares. He became a successful investor (with 30% return per year for 46 years) and eventually became interested in applying his risk assessment method to the challenges currently facing humanity. He started The Global Challenges Foundation in 2012 with the aim to “incite deeper understanding of the most pressing global risks to humanity – and to catalyse new ways of tackling them.”

The Foundation’s website also provides a section with interesting resources, such as materials for educators and quizzes, like an Internet Governance Quiz that checks how much you actually know about who runs the web.

Photo: Tushar Dayal via Flickr and The Global Challenges Foundation

It’s the very closest stars to us that hold the key to unlocking the possibilities for life in star systems all throughout the Universe.
Up Next
Health

Have a Headache? Don’t Pop a Pill; Play the Long Game

Taking pain relief at the first feelings of a headache may mask an underlying condition. Use long-term treatments designed for migraines, says the director of Yale’s Headache and Facial Pain Center.