The promise of cryogenics seems awesome, a way to cheat death. Of course, it’s still really just an idea—frozen people who are not Walt Disney notwithstanding—so we don’t really know if or how it would work, even though first one into the Big Chill was James Bedford back in 1967.

Since cryogenics is about the physical body and not consciousness, it essentially disconnects the two. So even when we learn how to bring back the body, does the mind follow? Scientists are wondering if the person who wakes up from a deep freeze is the same person who gets frozen. Aside from the sense of dislocation experienced by Futurama’sFry or Rip Van Winkle, we really don’t know what kind of memories or even personal identity can survive the process.

Michael Cerullo recently spoke to Inverse about all this. The imaging specialist is one of the pioneers of cryogenics, working with Brain Preservation Foundation and a member of Alcor.org, who are working to promote acceptance of the process. Even so, he’s not completely convinced of its viability himself, and hasn’t made any plans to get himself frozen for the future. He’s looking for more proof that it’ll work, and he’s particularly looking to confirm that he’ll come back as himself when his body is resuscitated.

After all, the nature of consciousness is still pretty mysterious, and we don’t know if it just resides in the physical body or if it’s produced by it. We’re getting to the point where the idea of mapping the brain’s structure and neural connections in perfect detail seems feasible, by building a map called a “connectome.” But is this actually a map of consciousness, or just biological wiring? In February, scientist Robert McIntyrewas recognized for developing a method for preserving a rabbit’s connectome, in theory, indefinitely. The process requires slicing a frozen brain into billions of single nanometer-thick slices from which the brain’s details can be imaged and compiled. 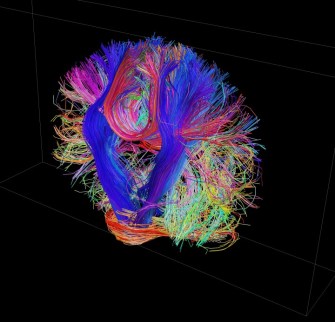 Cerullo thinks that McIntyre’s Aldehyde Stabilized Cryopreservation method is the most likely method so far for “uploading” a person’s mind. In time, he says, computers will be powerful enough to create a digital model from the connectome that can be “downloaded” into a frozen person. Obviously, though, it can’t be downloaded back into the subject’s own brain, since that would have been sliced up for connectome scanning. Unless some non-destructive method is developed for creating a connectome, there remains the question of what, exactly, will the revived person be using for a brain?

Many cryonics proponents hope for a purely biological solution that freezes and then revives the subject non-invasively. This method—if it ever works—would eliminate the identity issues since it would be the same person before and after cryogenic preservation.

Using an upload/download method, though—which seems more promising technically—raises the question Star Trek fans have been asking for decades about replication: Is it you that appears in the new location, or is it just a copy of you? Probably thinking of overlapping copies of a person, or a destroyed copy while another can be made, and so on, Cerullo says, “Either answer you take leads to paradoxes and just bizarre consequences that we really don’t have great answers to.” Personally, he leans towards it really being the real you because current science increasingly supports a correlation between physical activity in the brain and consciousness: “The brain is the neurons and the information, and if that pattern’s still there, then the person is still there.”

Not knowing when your next paycheck comes in literally hurts, researchers say

It perpetuates a vicious cycle of physical pain and psychological anguish.