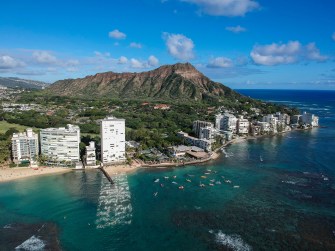 Hawaii (pictured: Diamond Head on Honolulu) is the state with the longest average life expectancy at birth.

Tell me where you live, and I’ll tell you how long you’ve got left. Fortunately, it’s not quite that simple; but as these maps suggest, there is a strong link between location and average life expectancy.

Americans born in 2015 can expect to live to the age of 78.8 years. That’s one-tenth of a year less than in 2014, the Centers for Disease Control (CDC) reported, and the first time U.S. life expectancy declined since 1993.

The CDC cited the rise of preventable deaths — notably traffic accidents (+6%) and “accidental poisonings” (+13%) as the main causes for the drop in longevity. The latter category consists almost entirely (97 percent) of alcohol and drug overdoses, with the opioid epidemic a major contributor to the increase. 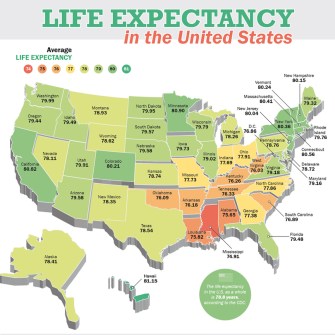 As these maps show, the national average tells only a small part of the story. The first one breaks down the national result in averages per state. It shows both huge disparities and regional similarities.

There’s a similar bloc in the northeast, but on the other end of the scale: here, six of the 10 best-performing states congregate. 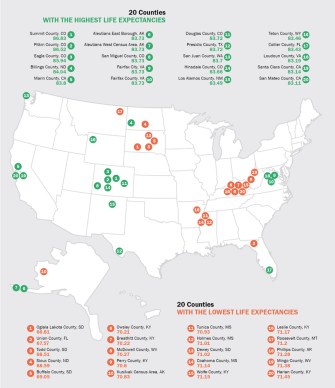 The difference in life expectancy between the top and bottom counties is a full two decades. Image source: Titlemax

In some counties, longevity is a two decades’ difference

By focusing on counties rather than states, the second map throws new light on the subject. The top 20 and bottom 20 counties cluster in a very different pattern.

For one, Hawaii, the best performer at state level, has no county-level representatives. Two: Mississippi, the worst-performing state, has only three of the 20 worst-performing counties. Yet half of the bottom-20 counties can be found in two other states. 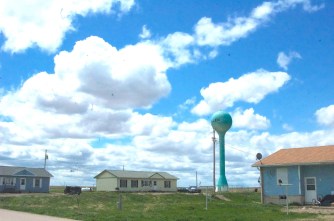 The counties in the Dakotas with low life expectancy are contiguous with Native-American reservations, which suffer from extreme levels of poverty and addiction. Oglala Lakota County (Shannon County until it was renamed in 2015) is contained entirely within the Pine Ridge Indian Reservation.

Also in that reservation (but in neighbouring Bennett County) is the town of Allen, the poorest place in the United States. As of the 2000 census, more than 95 percent of its 419 inhabitants lived below the poverty line. Allen is located near North America’s continental pole of inaccessibility (at 43°21’36” N, 101°58’12” W): 1024 miles (1650 km) from the nearest coastline.

Colorado contains the top-three counties (highest life expectancy: Summit County, 88.83 years), and three more from the top 20. One theory explaining Colorado’s high scores is that the state is a popular destination for people who love the outdoors; so it’s not that living in Colorado makes you live longer per se, it’s that people with healthier lifestyles move to Colorado.

There are two smaller long-life clusters: in the Bay Area and in northern Virginia, each with three counties in the top 20.

Three states have counties in both categories.

Union County, Florida is an atypical county. It’s the smallest in the state and houses several major prisons (including part of Florida’s Death Row). As a result, about a third of its total population (around 15,000) is incarcerated. The state average is around 0.5 percent. Not that executions contribute significantly to its low life expectancy, but the county’s skewed population may explain its high death rate: at 1,494 per 100,000 (in 2018), more than double the rate for Florida as a whole (685). 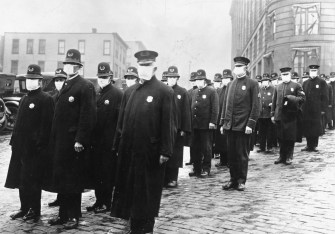 Not since the Spanish Flu

The national average quoted on the first map dates from 2015. More recent CDC data shows the decline continued in 2016 (to 78.7 years) and 2017 (to 78.6 years). The only other three-year drop in life expectancy registered in CDC records (which go back to 1900) dates from the second half of the 1910s, when the World War and the Spanish Flu caused life expectancy to drop from 54.5 years in 1915 to just 39.1 years in 1919 — the lowest average life expectancy on record.

The figures also show separate results for race and gender, and huge disparities between them. Whites do better than blacks, and women outlive men.

Update 30 March: as reader Elizabeth Batson points out, there is a strong correlation between this map and one she recently saw on the CDC website on the prevalence of adult obesity, “especially on the high fat/short life side.”

Nikolaas Tinbergen’s concept of “supernormal stimulus” explains why humans are attracted to a heightened version of reality.
The Learning Curve

To reap the benefits of digital technologies, we must contend with their addictive designs.
Up Next
Hard Science

They may be using an “air bridge” to do so.