Meet the Zoo Hiding in the Tube Map

All Elephant and No Castle: a secret bestiary of the London Underground 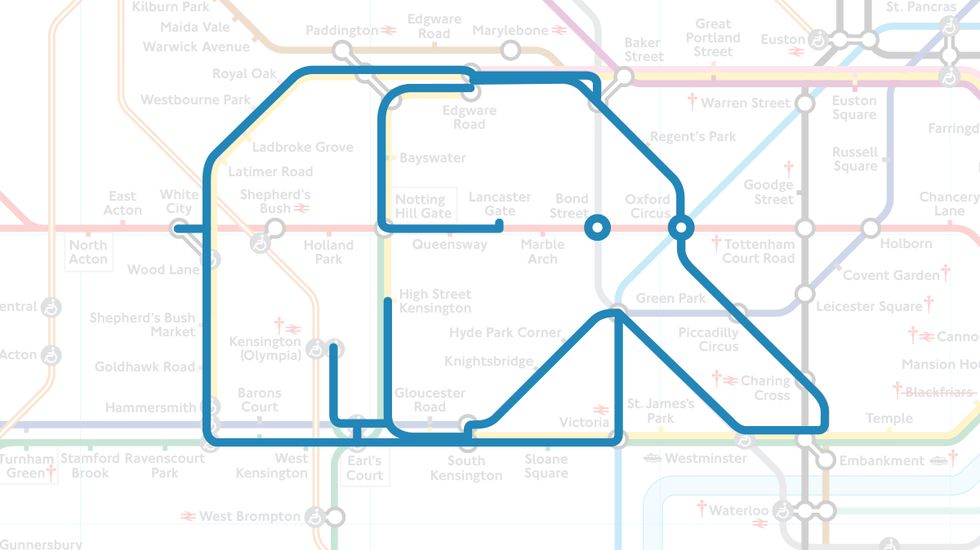 Rats and other vermin live in the London Underground, and there are probably urban legends around about bigger, nastier animals down in the Tube. But a whale? An elephant? And an emu? How about a pig, a polar bear and a baby rhino? All these and more species, enough to fill a zoo, live in the Underground – but not in the actual tunnels: they’re cleverly hiding in the map of the Underground.

Someone collected them all at this site, where you can check out all the beasts squatting in the Tube Map. Henceforth, you will be travelling along familiar lines to stations code-named for their parallel purpose in this secret bestiary:

Foxes, the sourge of London - both overground and Underground.

Since Animals on the Underground first came to our attention, the scope of the website has expanded. The site now also shows animals on the New York, Moscow and Paris Metros:

An Alsatian on the Paris Metro