Digging a Tunnel Through the Earth? Get Ready to Get Wet

Your antipodes most likely have fins rather than feet 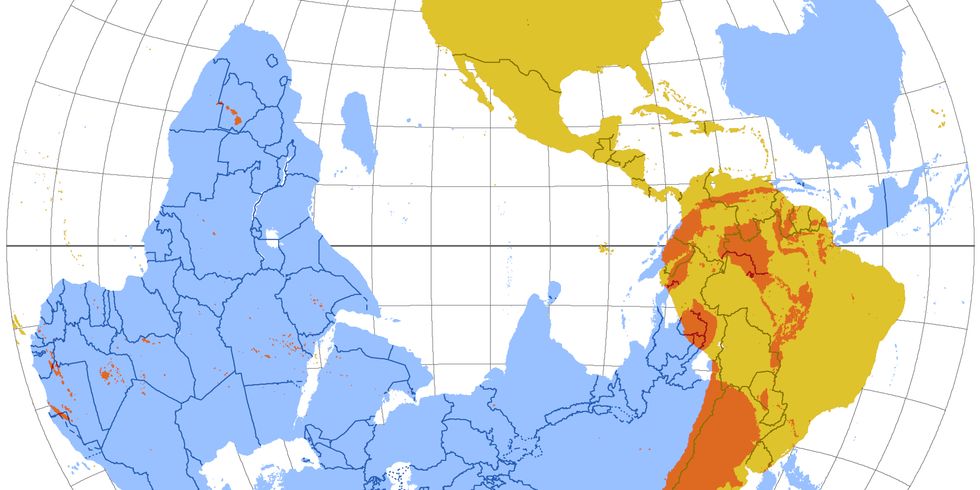 Imagine that you could drill a hole straight through the Earth. Suspend your disbelief for a moment, ignoring the molten core that would fry you. Where would you end up?

In geographical coordinates, the answer is quite simple(*): If the coordinates (longitude and latitude) of a point on the Earth’s surface are (x, y), then the coordinates of the antipodal point can be written as (x ± 180°, −y). So the latitudes are numerically equal, but one is north and the other south. And the longitudes differ from each other by 180 degrees. Plus or minus: it doesn’t really matter in which direction you count those 180 degrees, as either way will lead you to the same point (a circle having a circumference of 360 degrees).

Only, for most people, the place where you’ll end up won’t be land, but water. The oceans cover about 70% of our planet’s surface. Your antipodes (a Greek word translatable as: ‘those whose feet are on the other side’) mostly don’t have feet, but fins. If you could ‘sandwich’ the Earth, as is done in this map made by Rebecca Catherine Brown (who got the idea from this site, but produced it herself and submitted it to strangemaps@gmail.com), the overlap of land would be surprisingly small.

The title of the 1970s movie ‘The China Syndrome’ refers to the idea that if you dig a hole through the Earth starting in the US, you end up in China. This map shows it ain’t so. In fact, only a little bit of China overlaps – and with the southern part of South America. Funnily enough, the good people of Argentina seem to have taken this into account when naming the city of Formosa, which is the antipode of Taiwan, the island off the Chinese coast formerly known as… Formosa. There’s almost no overlap in North America, none in Africa and just a bit in Europe (the Iberian peninsula with New Zealand’s North Island).

The website Antipodes Map allows for interactive searching for antipodeal locations. Which will probably end up in some ocean or other. Anybody know the Greek word for fin?